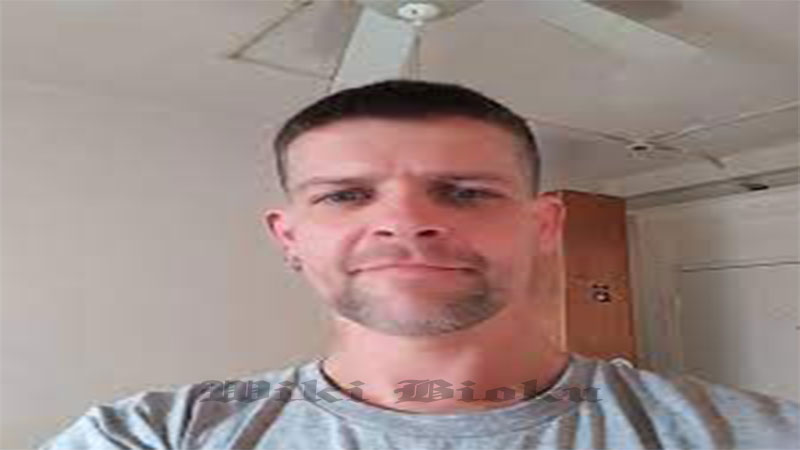 Adam Haner was named as the Portland, Oregon, man who was violently kicked in the head as Black Lives Matter protesters milled in the streets. Marquise “Keese” Love is the man accused of being the suspect in the attack, a scene that was captured in a graphic, viral video. He is at large.

At least two other people were physically assaulted in a series of videos that have gone viral on social media. The confusing set of circumstances involved the victim crashing his truck after a woman in the vehicle was attacked. You can watch the other videos later in this article, but be aware that they also are extremely disturbing and contain scenes and language that is graphic and disturbing. Haner’s brother wrote on GoFundMe that Adam Haner was trying to help another person who was attacked the night of the assault against him, setting off the chain of incidents. A social media meme indicating Adam Haner has died is false.

His age is unknown.

Portland police released the suspect’s name and photo on August 18, writing, “Yesterday, the Portland Police Bureau (PPB) began an investigation of an assault that occurred in the downtown area where an adult male associated with a white pick-up truck was violently assaulted. Investigators positively identified the suspect as 25-year-old Marquise Love. Investigators made attempts to contact Love but could not locate him.”

The video showing the victim being kicked in the head has been widely shared. Be forewarned that it’s very disturbing. You can watch the video later in this story. The August 16 assault shows man police now say was Marquise Love walk up to the victim, who is lying on the ground, and kick him violently in the head. The victim then appears to be unconscious as other people gather to help him. It was just one of a series of assaults that occurred on the streets of Portland the same evening.

There is now a GoFundMe page to help the victim, identified as Adam Haner. “I’m Brian Haner. Just moved to Apache Junction AZ two weeks ago. Adam Haner’s is my little brother. He’s living in Portland, I was right across the river from him in Vancouver WA before I moved. Hoping this money will help Adam get things together for his life after the attack he suffered. I know he will need repairs, or to replace the truck that was wrecked,” the page reads.

“Adam was trying to help someone and was then attacked,” his brother wrote. “Off and on, he will still feel ill. One eye…is still not clear to look out of.”

He is going to need time to recover from his injuries as well. Plus replace things that were stolen from his pick-up that night, on Aug 16th. which happens to be my birthday. His girlfriend had some help getting his truck towed home while he slept tonight, Aug 17th. Maybe he will use some of this money to move out of Portland, or just use it to move up. I really don’t care what he uses it for. He would give the shirt off his back to help any of the people around him, and he really didn’t deserve what happened to him in Portland. I’ll supply updates here as I can, and may update the ‘story’ on the GFM to better detail how this will all get handled. I really through this up in a hurry, because I was getting so many messages to start the GFM for him. After spending most of my day looking for information on what happened to him, and letting my mom and family know he was alive and home, I started replying to all the DM’s and messages on social media, and started this GFM and replied to as many massages as I could.

Despite getting a lot of support, Haner has also been taunted on Facebook. “How is that working out for ya? I’d say you got what you deserved. 😐” wrote one person on his Facebook comment thread, sharing a meme that the comment writer said Haner once posted saying “you burnt the chicken so dark it’s f*cking life matters now.” The meme is not visible on Haner’s page.

Identified as Adam Haner. “I’m Brian Haner. Just moved to Apache Junction AZ two weeks ago. Adam Haner’s is my little brother. He’s living in Portland, I was right across the river from him in Vancouver WA before I moved. Photos on one of Haner’s Facebook pages show an Occupy T-shirt and him wearing a bandanna mask. He wrote on his older Facebook page that he had worked as a squad boss at a farm, was homeschooled, was single, and was from Portland. One photo he shared in 2015 showed a large knife with a bandanna tied on the handle. That same year, he shared a story from the Huffington Post that was titled, “Who gets food stamps? White people mostly.” He also posted graphic decrying employers who don’t offer a living wage. He has serious criminal history in Oregon, including past felony charges, but there is no indication he was anything but the victim in the Portland attack.

In an interview, Haner said that he had only stopped to get a drink at a 7-11 and was trying to help someone when attacked. “I wasn’t the enemy, I’ll tell you that. I was just the guy standing there, and I was white, evidently,” he said.

According to the interview with KATU-TV, Haner suffered “broken ribs, bruising, and said doctors are concerned he could have long term vision damage.”

“I remember vaguely being on the ground and trying to call her,” Haner said, of his girlfriend, to the television station. “Then I don’t remember anything. Two days later I wake up, and now I’m here.”

He said he got in the middle of it all because he was trying to help a woman who was being attacked when he stopped at the 7-11 for a drink, telling the television station, “Seen her get struck a couple of times and I got between that. I was like, ‘this is not your enemy, what are you guys doing?’ They split off.”

“The Portland Police Bureau is taking this assault and other incidents of violence extremely seriously,” said Chief Chuck Lovell. “Our Detectives continue to investigate this assault as well as other acts of violence directed toward protestors, but we need more than just videos from social media. In order to hold individuals responsible for criminal acts, we need the public to provide information and refrain from tampering with evidence.”

Police say some information being distributed on social media about the incident is false, including a report that the victim has died. He’s still alive.

A crowd is gathered around the unconscious victim’s body; some are pouring water on his head. Others can be heard arguing and establishing BLM responsibility for the attack. pic.twitter.com/I6GUIYkTtZ

“Investigators have left messages for Love to turn himself in but will continue to look for him as there is probable cause for his arrest,” they wrote in a news release.

“Also, the information circulating on social media is not always accurate. Other reports around social media claim that the victim in this case is not recovering or has succumbed to the injuries. These reports are false. The victim has been released from the hospital and is recovering.”

1. BLM began to aggressively escort a man from the BLM protest then assaulted him

2. A witness defended him verbally, then BLM thugs began to threaten, rob and physically assault her pic.twitter.com/5kXPVNp0GA

More assaults were also recorded on video. “Investigators are still trying to locate a transgender female who had some of her things stolen in the area of Southwest Taylor and 4th Ave, the location where this incident began. That person has not been contacted and their identity is unknown. Investigators would like to speak to this person,” police wrote. “Anyone with information about this incident is asked to call Detective Brent Christensen at 503-823-2087 or at [email protected]”

A crowd is gathered around the unconscious victim’s body; some are pouring water on his head. Others can be heard arguing and establishing BLM responsibility for the attack. pic.twitter.com/I6GUIYkTtZ

Some people tried to help the victim. Be forewarned that there are disturbing language and scenes in all of the videos.

This video shows an earlier attack on a woman who was in a truck. The truck then crashed into a tree.

In the news release, police wrote that, at about 7 p.m., “protesters gathered in Chapman Square and Lownsdale Square parks began entering Southwest 3rd Avenue at Southwest Main Street, blocking vehicular traffic. There were a peaceful rally and speeches. A march began around the building to the 2nd Avenue side, which is the main entrance to Central Precinct. The crowd mingled in the streets for several hours, blocking traffic on Southwest Main Street and Southwest 2nd Avenue. Participants vandalized and threw objects at the building. Other than making the area safe for employees getting in and out of the building, officers did not interact with the crowd.”

According to Fox News, the violence occurred “just blocks from the federal courthouse after the driver of a pickup truck crashed, was reportedly pulled from the vehicle and then brutally beaten by a mob after a confrontation with protesters.” Fox reported that the man who was kicked in the head was the driver of the pickup seen in some of the videos. It’s not clear why he was in the area.

Portland police wrote in a news release that they “received reports of a group committing assaults in the area of Southwest 4th Avenue and Southwest Taylor Streets. The police response was complicated by a hostile group, requiring additional officers to safely investigate.”

At 10:27 p.m., Central Precinct officers “responded to a report of an injury accident at Southwest Broadway and Southwest Taylor Street,” the police news release says. “The report said protesters were chasing the truck before it crashed, and they assaulted the driver after the crash. Officers encounter a hostile crowd and a squad from the Rapid Response Team (RRT) responded to help secure the scene while the investigation was underway. The driver was transported to the hospital by ambulance with serious injuries. The incident is under investigation and no arrests have been made. By about 1:00 a.m., the majority of the crowd had left the area.”

Love’s Facebook page says he is a “Dj for Portland Oregon clubs. Living life to the fullest. Keep lurking😂👀🤷🏽‍♂️.” The page also defines him as an “armed security guard” and “ramp agent at Portland International Airport” who lives in Portland, Oregon, and is from Miami, Florida.

On July 27, he shared a photo showing him holding a young boy and wrote, “It’s for me and my son’s culture ✊🏽 #BLM #RISEUP #WESTANDASONE (ps my son wasn’t at the protest I met him down the road).” Other photos also show him with his son or holding a skateboard or riding motorcycles. He goes by the name of “Keese Love.”