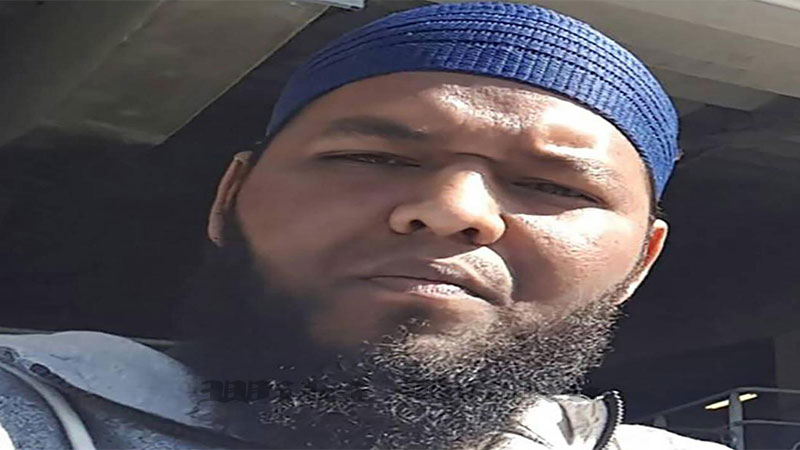 Ahamed Aathil Mohamed Samsudeen, Now the Islamic State supporter who stabbed at least five shoppers in an Auckland supermarket before being shot and killed can be identified, and along with him, the full story of how a young man who came to New Zealand for help as refugee became radicalized in his. living room.

He was Ahamed Aathil Mohamed Samsudeen, a man born in Sri Lanka who arrived in New Zealand in October 2011 and was granted refugee status two years later, the New Zealand Herald reported.

It can now be revealed that immigration officials had tried to revoke his refugee status in 2018, but he appealed and a final decision on whether he could be deported had yet to be made.

His uncertain immigration status was also the reason why the terrorist could not be identified until 11 p.m. Saturday night, when he was picked up by a Superior Court judge, as anyone claiming refugee status cannot be identified. by law.

Samsudeen was a Tamil, an ethnic minority group persecuted by the Sri Lankan authorities during a decades-long conflict, and claimed that he and his father were attacked, abducted, and tortured because of their political backgrounds.

His asylum claim was supported by scars on his body, as well as a psychologist’s report that Samsudeen presented himself as a “very distressed and damaged young man” suffering from post-traumatic stress disorder and depression.

In granting refugee status to Samsudeen, the Immigration Protection Court ruling, obtained by the Herald on Sunday, said the appellant was “persistently re-experiencing traumatic events.”

“[The psychiatrist] believes that it can only be explained in terms of traumatic experience, and states that, in his opinion, it would be very difficult for him to have fabricated the degree of disturbance shown during the interviews he conducted.”

He was angry and concerned for the safety of his parents, with his anxiety accentuated by living so far away in a strange country, without the support of friends and family, and without confidence and maturity.

That is, almost the perfect candidate to radicalize in his living room.

A key strategy during the rise and heyday of the Islamic State was to use social media to radicalize those in Western countries.

The sophisticated social media hubs targeted those deemed by intelligence agencies the most susceptible: disgruntled young men, particularly those who felt isolated.

These targets were used to attract fighters to the Middle East and also to encourage those who were unable or unwilling to carry out terrorist attacks in their home countries.

Samsudeen first came to the attention of New Zealand police on March 23, 2016, after he posted images of graphic acts of war violence on his Facebook account, with comments supporting the Islamic State bomb attacks in Brussels the day before.

The police gave him a formal warning, but now aware of his interest, he created several different Facebook accounts with aliases.

Officers from the Homeland Security Investigations group monitored their content on social media, which included violent and anti-Western images, as well as this comment on Facebook: “One day I will return to my country and find kiwi scum in my country … and I’ll show you … what will happen when you mess with S while I’m in his country. If you’re tough in your country … we’re tougher in our country, you scum #payback. ”

He told a fellow worshiper at a mosque that he planned to join Isis in Syria, and that if he were prevented from leaving, he would commit a random “lone wolf” -style knife attack in New Zealand.

At the time, Samsudeen was now being closely watched and on May 19, 2017, he was arrested at Auckland International Airport after booking a one-way ticket to Singapore.

A search of his apartment on Queen St found videos and songs advocating Isis extremism and images of sadistic violence.

There were also 24 images of Samsudeen posing with a long-barreled air rifle and telescopic lens, and hidden under his mattress, a large hunting knife.

Due to the risk posed, Samsudeen was denied bail for more than a year until he finally pleaded guilty to the lesser charges of possession of restricted material, after the Chief Censor ruled that the videos were not classified as objectionable.

As a result, Judge Edwin Wylie had no choice but to sentence Samsudeen to supervision on August 7, 2018, given the time he had already spent in custody on relatively minor charges.

The Superior Court judge also had no choice in granting a name suppression order to prevent Samsudeen from being identified.

A few weeks earlier, Samsudeen had received a notice that his refugee status would be revoked, which would mean automatic deportation back to Sri Lanka.

He feared that the publication of his name would put his life in greater danger if he was sent back to his homeland.

“I am very afraid to return to Sri Lanka because I am afraid of the authorities there … the same risks and fears [that] I had when I left my country are still there,” Samsudeen wrote in an affidavit to the court.

Judge Wylie issued a provisional suppression order until his refugee status was determined.

A final decision had not yet been made, but Judge Wylie lifted the crackdown on Saturday night, given the great public interest following the terrorist act in which at least five people were stabbed in the Countdown supermarket in New Lynn, Auckland, on Friday.

Five of the six people taken to the hospital had stab wounds, three of them in critical condition.

Samsudeen, who was under 24/7 police surveillance, was shot dead by members of the Special Tactics Group.

Due to the suppression order, New Zealand Prime Minister Jacinda Ardern and Police Commissioner Andrew Coster were unable to fully explain the circumstances as to why Samsudeen had not been deported or was even still in the country.

Last night, the Prime Minister, in a statement following the lifting of the name suppression, described her frustration in the process and the time she had been taking to try to deport the terrorist.

The police were forced to detain him again. Another search of his apartment found a large amount of violent material, including an Islamic State video on how to kill “non-believers” in which a masked man slit the throat and wrists of a prisoner.

This time, prosecutors tried to indict Samsudeen under the Suppression of Terrorism Act.

But a Supreme Court judge ruled that preparing a terrorist attack was not in itself a crime under the law, which, according to him, could be described as an “Achilles heel” that hampers the authorities’ ability to stop such attacks. possible attackers.

Judge Matthew Downs acknowledged that there was a serious threat to public safety from the “lone wolf” attackers, especially after the Christchurch shootings that killed 51 people and injured 40.

But he rejected the Crown’s request to indict Samsudeen under the anti-terrorism law, saying it was for the parliament, not the courts, to create a crime for planning an attack.

The ruling, first reported by the Herald in August, was cited by government officials as one of the key events that led to the introduction of new counterterrorism powers in April.

The Royal Commission of Inquiry into the Christchurch attacks echoed the judge’s concerns when it presented its findings in November.

Samsudeen was combative throughout the trial and had frequent outbursts in the courtroom, some directed at Judge Sally Fitzgerald, who sentenced him to 12 months of supervision.

He said the Crown had wasted years of its life.

“I thank God, there have been prophets, other prophets who have been in prison,” he said.

“It’s like a test … You put me in prison because I’m Muslim and you don’t like my religion, that makes you enemies. Allah says you will be punished. ”

According to a report prepared for his sentencing on July 6, Samsudeen has “the means and the motivation to commit violence in the community.” Despite police concerns about the threat to public safety, he was sentenced to one year of supervision.

At the time, Samsudeen was still in prison on two active charges for assaulting Corrections staff members while awaiting trial in Superior Court.