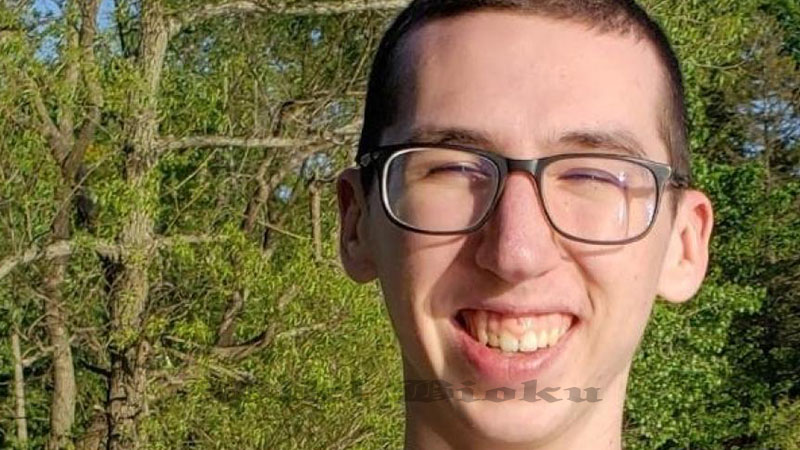 Alex Kearns was the student of Nebraska college, has died. Apparently incorrectly believing he owed hundreds of thousands of dollars to investment application Robinhood.

Alex Kearns has died at the age of 20-years-old.

The family is now suing the company for the wrongful death of their son. They’re also seeking damages for emotional distress and unfair business practices.

The stock trading app provided “no meaningful customer support” after the technical error duped Alex Kearns into thinking he owed a fortune, leading to his suicide, his family argued.

“Their response was a canned reply,” Dan Kearns said. “Basically, ‘We’ll get back to you later.'”

“Robinhood built out its trading platform to look much like a videogame to attract young users and minimize the appearance of real-world risk,” the lawsuit states, according to NBC Chicago. “Though Alex was merely a senior in high school when he opened an account with Robinhood and had little or no income, Robinhood determined he was qualified enough to enter into the world of trading sophisticated financial options.”

The company has also recently been under scrutiny from regulators.

“I think it demands some sort of national standard for this behavior,” said William Galvin, Massachusetts secretary of the commonwealth. “There was a very deliberate effort on the part of Robinhood to particularly entice younger, inexperienced investors.”

A lawsuit has been filed in California this week after a 20-year-old Nebraska college student died by suicide, apparently incorrectly believing he owed hundreds of thousands of dollars to investment application Robinhood.

Alex Kearns, who had bought and sold options on the stock trading app, died by suicide in June after Robinhood mistakenly notified him he owed $730,000, according to a wrongful death suit filed by his family.

On June 11, the University of Nebraska student was notified by Robinhood he’d accrued the massive debt. Hours later, he received another message warning he needed to take “immediate action” and settle up on $170,000 of the debt, CBS News reported. He then tried contacting Robinhood’s customer support but was unsuccessful in reaching an operator.

“I was incorrectly assigned more money than I should have, my bought puts should have covered the puts I sold,” Kearns wrote the company, court filings state. “Could someone please look into this?”

Kearns received an automated email assigning him a ticket number in response.

“Thanks for reaching out to our support team!” The email stated. “We wanted to let you know that we’re working to get back to you as soon as possible, but that our response time to you may be delayed.”

On June 12, Kearns died after stepping in front of an oncoming train. The next day, Robinhood sent a response message acknowledging the error, the lawsuit alleged.

“Great news!” Robinhood wrote. “We’re reaching out to confirm that you’ve met your margin call and we’ve lifted your trade restrictions. If you have any questions about your margin call, please feel free to reach out. We’re happy to help!”

The steep negative balance was likely an error since Kearns was trading options, not stocks, CBS News reported. The $730,000 was likely a temporary amount that prematurely reflected on his balance before his account deposited options he’d acquired.

He thought he blew up his life,” his father, Dean Kearns, told CBS News. “He thought he screwed up beyond repair.”

In a note Kearns wrote to his parents shortly before his death, he attempted to explain the financial hole he said he thought he’d dug himself. He called it a “painful lesson.”

“How was a 20-year-old with no income able to get assigned almost $1 million worth of leverage?” Kearns wrote. “I also have no clue what I was doing now in hindsight. There was no intention to be assigned this much and take this much risk, and I only thought that I was risking the money that I actually owned…F–k Robinhood.”

“We disagree with the allegations in the complaint by the Massachusetts Securities Division and intend to defend the company vigorously,” the company said in a statement sent to CBS News.

The company doesn’t charge a fee to sign up, and promises to provide the “tools” that allow users to put their “money in motion,” its website states.

Consumer watchdogs have observed a growing number of complaints against Robinhood, CNBC reported. Several of the app’s users have supposedly reported they’ve been unable to liquidate their accounts and leave the app.

Kearns began dabbling in investing and trading stocks in his late teens. The former high school lifeguard later took $5,000 of his savings and invested it in Robinhood, his father said.

“[It was] ‘grandma and grandpa money,’” his father Dean Kearns, told CBS News. “I didn’t see the harm in doing that.”

However, Dean Kearns claimed he wasn’t aware Robinhood had granted his son the ability to buy and trade stock options, a financially risky instrument that has the potential for exorbitant losses.

“I don’t understand how they allowed that to happen in the first place,” he added.

Robinhood also said it’s since “revised experience requirements” for its users who are looking to take on substantial risk.

“How are those guardrails?” Dean Kearns asked. “How does that — how does that stop an 18-year-old from making risky trades that they don’t really understand?