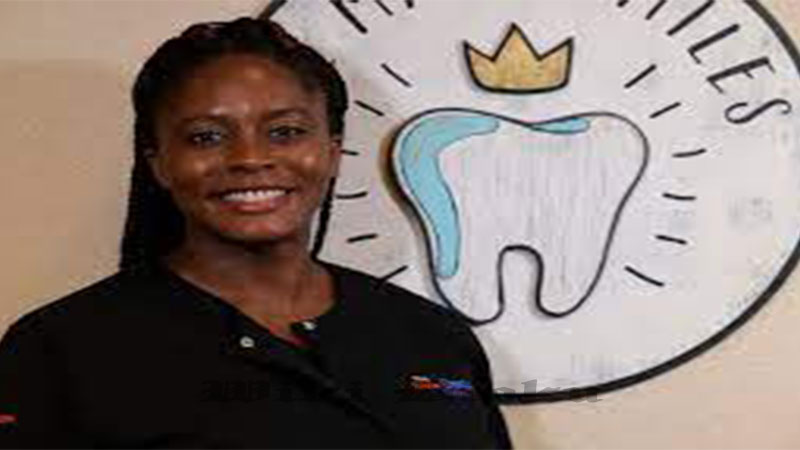 Alika Crew is a Connecticut orthodontist accused of stabbing her ex-fiance’s girlfriend and then posing as a medic when police arrived.

According to the Stein Medical Group, Crew works as an orthodontist at its Stamford location.

“Our orthodontist Alika Crew strives to improve the lives of her patients by creating beautiful, healthy smiles,” its website reads.

“She continued her post-doctoral dental education with a residency in orthodontics at Case Western Reserve University, where she also earned a Master’s degree in the science of dentistry,” the page claims.

An anonymous neighbor told CBS New York that news of Crew’s arrest came as a shock.

“Alika was a really sweet person. She seemed kind and nice and spoke to everyone, and we’re just shocked and just praying for her,” the neighbor said to the station.

On Zocdoc.com, a website that allows clients to review medical professionals, Crew has a 4.67-star rating.

“Dr. Crew is the best. I have referred so many people to her and everyone raves about her. She is always on time and you never feel rushed,” one user wrote. “She is kind, personable, and makes beautiful smiles.”

Crew’s Facebook page claims she is from Columbia, Maryland. According to CBS New York, she comes from a family of “high-achievers.”

The station reported that Crew’s mother is a retired principal while her father is a “renowned historian with the Smithsonian in Washington, D.C.”

Her brother is also a dentist, the outlet added.

Crew Was Still Living With Her Ex-Fiance

Howell, who neighbors say worked as a Corrections Officer at Rikers Island, lived in the same house with his ex-fiancee, Talk of the Sound disclosed.

The victim spent the night at the house before the attack, the outlet added.

Police say Crew had duct tape and rubber gloves as she hid in the victim’s car before the attack, CBS New York continued.

Alika Crew is a Connecticut orthodontist accused of stabbing her ex-fiance’s girlfriend and then posing as a medic when police arrived.

The 41-year-old is facing charges of Attempted Murder in the Second Degree, a class B felony, the Westchester County District Attorney’s office announced.

Police claim Crew hid in the back of the victim’s car on the morning of July 28 in New Rochelle, New York before stabbing her in the neck while she was driving, the New York Post reported.

Crew was found by authorities “rendering medical aid” to the 30-year-old victim, who suffered from a “deep puncture wound” on the left side of her neck, according to a press release obtained by the Post.

“Also located at the scene was Alika Crew aged 41 of this city who was rendering medical aid to the victim and claimed to be a Good Samaritan,” New Rochelle Capt. Cosmo Costa said in the statement, the outlet reported.

“The victim advised officers that the female rendering aid was in fact her assailant and that she had been stabbed,” she added. “It was also determined that the suspect’s ex-fiancé is the current boyfriend of the victim.”

Heavy has reached out to the Westchester County District Attorney’s Office and is awaiting a response.

You can watch surveillance footage of the aftermath below:

Her next court date is scheduled for August 19.