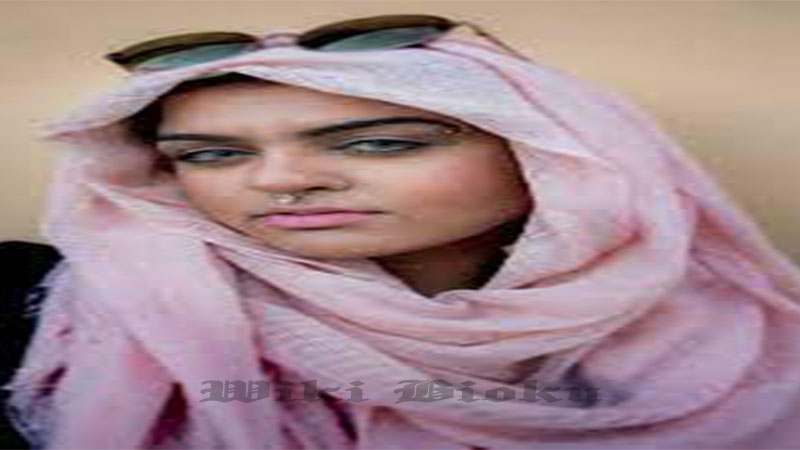 Amani al-Khatahtbeh is an American author, activist and tech entrepreneur. She is the founder of MuslimGirl.com, a blog for Muslim women. In 2016, she was included in Forbes 30 Under 30 in Media for her work with MuslimGirl. She was named one of the 25 most influential Muslim Americans by CNN. She unsuccessfully ran in the Democratic primary for U.S. Representative for New Jersey’s 6th Congressional district.

Amani al-Khatahtbeh, a Muslim activist, says she was unfairly targeted when she was removed from an American Airlines flight at Newark Airport in New Jersey after a confrontation with a White man.

She recorded portions of the incident, which she posted on social media.

Al-Khatahtbeh is a media figure and founder of Muslim Girl. She ran for New Jersey’s 6th congressional district, according to the New Jersey Herald.

Al-Khatahtbeh began her role in activism at age 17 as a high school student with MuslimGirl.net, which shares articles aimed at changing the narrative surrounding Muslim girls and women.

The website describes its mission, which says, in part:

We’re normalizing the word “Muslim” for both Muslims and non-Muslims alike. MuslimGirl.net was launched from the bedroom of a high school girl that was fed up with the misleading misconceptions surrounding Islam — the way the news coverage and media outlets kept skewing the image of Muslims into a nasty one; the mistrust, racism, and flat-out hatred that the inaccuracies flamed; the muting of young Muslim voices from mainstream society; and the resulting disillusionment that young Muslims suffer about their religion in the tornado of it all.

We at MuslimGirl are taking back the narrative. We use our own voices to speak up for ourselves. We are raising the place of Muslim women in mainstream society. We are drawing awareness to the Qur’an’s message of gender equality and Islam’s principle of peace. We are paving the way towards a world in which every woman can raise her head without fear of being attacked for her gender or beliefs.

She was named to Forbes’ “30 Under 30 in Media” for her work with Muslim Girl.

As a young girl growing up in New Jersey in the wake of 9/11, Amani Al-Khatahtbeh concealed the fact that she was Muslim to avoid negative judgment from her peers.

“In the last year alone, the site’s traffic has grown by 90%, and Al-Khatahtbeh has landed backing from the Malala Fund, spoken at the UN and signed on for a video series with Teen Vogue,” Forbes wrote in 2016.

Al-Khatahtbeh, a New Brunswick native, shared a video on Twitter of a surprise visit she made to her dad. She was leaving from that trip when she was escorted off a flight and arrested. It was the first time she was able to see her father since the pandemic started.

“This is the trip I was departing from on that @AmericanAir flight… seeing my dad for the first time since the pandemic outbreak,” she wrote on Twitter.

This is the trip I was departing from on that @AmericanAir flight… seeing my dad for the first time since the pandemic outbreak. https://t.co/vUPMDIe2Zx

In the 13-second video, she approaches her dad in a vehicle and says “Excuse me, you can’t park here.”

They both laugh when he recognizes his daughter.

In the beginning of 2015, MuslimGirl developed a volunteer staff and saw a large increase its readership. The site logged 1.7 million hits in 2018.

In 2016, she partnered with Teen Vogue for a web series that explored issues of concern to young Muslim women.

Al-Khatahtbeh’s book, MuslimGirl: A Coming of Age, was released in October 2016. She was a panelist at the 2017 Brisbane Writers Festival in Brisbane, Queensland, Australia.

Al-Khatahtbeh launched a 2020 campaign for Congress in April to challenge 16-term incumbent Rep. Frank Pallone (D) in the primaries for New Jersey’s 6th Congressional District. She was the first Muslim woman to seek a federal seat in New Jersey and was projected to be the youngest woman running for Congress in 2020, according to The Lily.

Debbie Walsh, director of the Center for American Women and Politics (CAWP) at Rutgers University, Al-Khatahtbeh’s alma mater, told The Lily in April that even a loss would be a boon.

“When women candidates run in these really difficult races, it’s about thinking what’s the goal. Obviously the goal is to win, but you also think about what someone can get out of this beyond this one race,” she said.

Her campaign page says she supports Medicare for All, the Green New Deal, Education for All and other platforms.

Amani Al-Khatahtbeh, the founder of @muslimgirl is making history to become the first Muslim woman to run for federal office in New Jersey history

We wish Amani the best of luck with her campaign. You’ve got our support!#mvslim #muslim #USA #IStandWithAmani #muslimgirl pic.twitter.com/tobJSI42im

“Amani Al-Khatahtbeh prides herself on being a born-and-raised Jersey girl,” her campaign page says. “She is a proud child of immigrants and the founder of MuslimGirl.com, the biggest online platform for Muslim women in Western society. Amani has been vocal about her experiences growing up in an immigrant family post-9/11 and is a leading critic of the Trump administration’s policies towards communities of color.”

Al-Khatahtbeh wrote a memoir about her experiences growing up in New Jersey as a Muslim following the 9/11 attacks. The book, “Muslim Girl: A Coming of Age” was selected as a New York Times Editor’s Pick.

“At nine years old, Amani Al-Khatahtbeh watched from her home in New Jersey as two planes crashed into the World Trade Center on September 11, 2001,” the book’s description says. “That same year, she heard her first racial slur. At age eleven, when the United States had begun to invade Iraq and the television was flooded with anti-Muslim commentary, Amani felt overwhelmed with feelings of intense alienation from American society. At thirteen, her family took a trip to her father’s native homeland of Jordan, and Amani experienced firsthand a culture built on pure religion, not Islamic stereotypes.”

She was inspired by the trip, and wrote the book “after years of feeling like her voice as a Muslim woman was marginalized and neglected.” The review calls the book “required reading” and describes it as “a harrowing and candid memoir about coming of age as a Muslim American in the wake of 9/11.”

A passenger seated behind her also recorded video, in which she said she would not get off the plane unless the other person involved was also removed.

In a video she posted on social media, she asks viewers to call the Council on American-Islamic Relations (CAIR) moments before she was told she was under arrest.

“I’m not under arrest. For what?” she says on the video.

This is the @AmericanAir manager coming onboard to tell me that they’re removing me from my flight because “there is a passenger onboard who doesn’t feel comfortable” with me. pic.twitter.com/pwBS5NkvAn

On Sunday, she wrote on Facebook about the incident and thanked those who supported her.

“I was arrested for the first time in my life because I got Ken’d. This is what it looks like to fly as a Muslim woman in America,” she wrote. “This may have happened to me, but imagine what countless other Muslim women and minorities must endure while traveling who may not be as well versed in their rights, or might not have the right understanding of how the system works, or may not know the language. I’m lucky that I have a platform and community behind me. I sincerely THANK YOU all for sending the damn cavalry. We won’t let this keep happening. Enough is enough.”

The Port Authority is conducting an investigation into the incident after Al-Khatahtbeh says she was unfairly targeted in her removal from the flight, according to the New Jersey Herald. She was briefly taken into custody by Port Authority police and released. Officials declined to tell the newspaper what charge she faces.

She wrote on Twitter the confrontation began in the security line when the man “felt entitled to blow past” her at TSA, saying he was “first class” while she was taking off her shoes. She says he then lodged a complaint that caused her to be removed from the flight because he “felt uncomfortable.”

She told the man in the security line he could “wait liked everybody else,” she said.

“Our understanding is that Ms. Al-Khatahtbeh believed the other passenger, who is enrolled in PreCheck, was getting favorable treatment because he was allowed to proceed through security while she was removing her shoes,” Andrew Trull, an American Airlines spokesman, told the New Jersey Herald.

He said she “confronted the passenger and began filming him before taking her seat.”

Had to get off my flight because a man asked a Muslim woman to get off the plane. @AmericanAir employees followed his request and gave the woman no explanation pic.twitter.com/ASZYA9Yx7d

“We take this issue seriously and our team is working as fast as possible to understand what occurred,” he added.

Trull would not confirm whether the man was removed from the flight. It departed an hour after its scheduled time.

In one of the videos, a person wearing a “manager” vest asks her to get off the plane and says he “wasn’t there” and is “just following instructions.” The manager said another passenger “doesn’t feel comfortable” with her being there. She responded she did not feel comfortable with that passenger being there, and the manager responded they could talk further about that off the aircraft.

Al-Khatahtbeh tweeted to American Airlines during the incident. They responded, “Your comments concern us and we’d like to look into this. Please DM your record locator and what happened.”