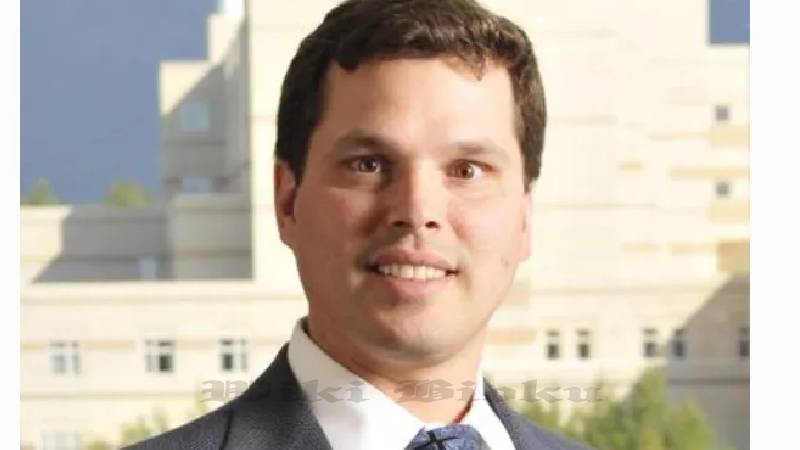 Andy Teuber was an embattled CEO in Alaska who is presumed dead after his helicopter was lost at sea.

Teuber resigned his position as head of the Alaska Native Tribal Health Consortium a week before he was reported missing, and the Anchorage Daily News published a story revealing an alleged case of sexual misconduct against him. That consortium is the country’s largest tribal health organization.

According to an earlier Coast Guard release, searches focused on an area “approximately 66 nautical miles northeast of Kodiak, Alaska, Tuesday.”

Teuber, of Anchorage, was last seen “wearing a hat, black sweater, and jeans. The helicopter he’s reported to be flying is a black and white Robinson R66 with the tail number N1767,” says the release.

“Our primary focus is the safety of the overdue helicopter pilot,” said Ensign Muenter from Coast Guard Sector Anchorage. “Anyone with information is asked to contact the Sector Anchorage command center at (907) 428-4100.”

Andy Teuber has died at the age of 52-years-old.

In the wake of his disappearance, Teuber’s family released a statement to the Daily News calling the allegations “unfair, hateful, untrue, and malicious.”

“Andy Teuber was a talented, energetic, successful, and proud Alaskan,” the statement said. “We knew him as all of these things, but also as our loving, kind, and gregarious father, brother, cousin, partner, and spouse. We cannot express in words the depth of our sorrow for his loss. We will have many occasions to share our happy memories of this remarkable man with his many friends and associates, and we will announce the arrangements in future communications.

“We regret at this difficult time that we are also compelled to address the unfair, hateful, untrue, and malicious attacks recently published against Andy. We feel that these attacks do not describe the extraordinary man whose loss we mourn so deeply. There is much more to be said on this, but for now, we request the space and time to mourn and remember our Andy as the great man we knew him to be. We appreciate all of your kind thoughts and prayers in this difficult time.”

Teuber leaves behind a new wife.

According to Stars and Stripes, Teuber was well-paid at the consortium, earning more than $1 million a year. He also served on the University of Alaska Board of Regents.

Daily News reported that he was also a member of the Kodiak Native Association and had served with the consortium since 2008.

He was married on Monday, March 1, according to Daily News.

According to a March 3, 2021, press release from the U.S. Coast Guard, “the Coast Guard suspended the search for the missing helicopter pilot near Kodiak, Alaska, Wednesday.”

The search was extensive: “Involved in the search were three MH-60 Jayhawk helicopter aircrews and an HC-130 Hercules airplane crew from Coast Guard Air Station Kodiak and the crew of Coast Guard Cutter Stratton,” says the Coast Guard.

“The debris that was initially located yesterday evening was consistent with debris that would have been found on the overdue helicopter,” said Cmdr. Matthew Hobbie, search and rescue mission coordinator, Coast Guard Sector Anchorage. “After an extensive search with our available assets resulting in inconclusive findings, it’s with a heavy heart that we have to suspend this search pending any new information. I offer my deepest condolences to those affected by this incident.”

According to Stars and Stripes, Teuber resigned on February 23. Two news organizations then obtained a letter from his former assistant, who “described a pattern of abusive behavior, harassment and coerced sexual counters by Teuber.”

He denied the allegations, telling the Anchorage Daily News, it was a “completely consensual personal relationship.”

“The allegations of wrongdoing that I have been made aware of are false, and these allegations and their timing appear designed to portray me unjustly and falsely; to damage my personal and family relationships, but especially to sabotage my recent engagement and a new marriage, and to undermine my professional prospects,” Teuber wrote. The Anchorage Daily News reported that his attorney forwarded some of his email denials after the chopper disappeared.

Teuber’s accuser was Savanah Evans, who, according to Must Read Alaska, “has powerful political ties. She is related to U.S. Sen. Sullivan through his wife Julie Fate Sullivan and is reportedly close with the Sullivans.”

You can read her full letter on the Must Read Alaska site. It starts, “My name is Savanah Evans. I have been employed with the Alaska Native Tribal Health Consortium (ANTHC) since April 22, 2019. Unfortunately, I am writing to you today to give my formal notice that I am resigning from ANTHC, effective immediately.”

The letter alleges, “My name is Savanah Evans. I have been employed with the Alaska Native Tribal Health Consortium (ANTHC) since April 22, 2019. Unfortunately, I am writing to you today to give my formal notice that I am resigning from ANTHC, effective immediately.”

Andy Teuber was an embattled CEO in Alaska who is presumed dead after his helicopter was lost at sea.

Teuber has his defenders, with the site Must Read Alaska questioning news coverage before his death. According to that site, Teuber was out of state when the story broke because he was getting married and asked for the newspaper to wait until he could return and address the accusations.

However, his former assistant wrote a letter that detailed a series of disturbing allegations against Teuber, who denied them via emails his lawyer sent the Anchorage Daily News.

The cause of the helicopter’s disappearance is not clear.