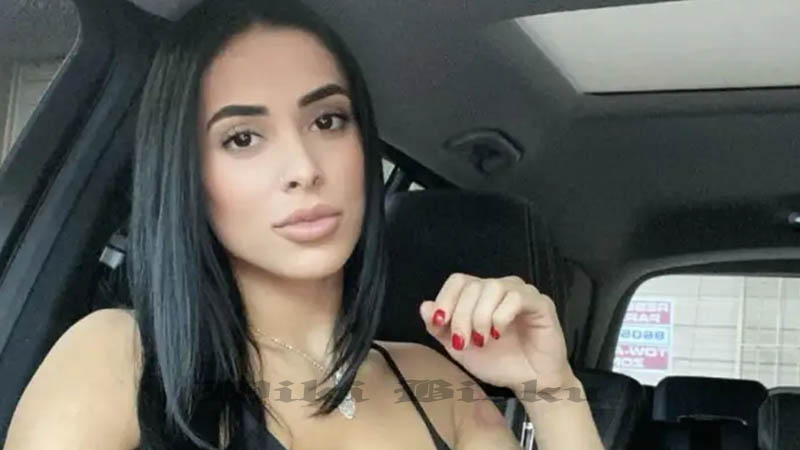 Ansley Pacheco is a Florida social media star who is going viral after defending her family from masked burglars.

On October 4, mother protected her family from a couple of burglars who broke into her Miami home brandishing Uzis, The New York Post reported. Pacheco, an Instagram model and OnlyFans star, was in her bedroom when two men burst through her front door, opening fire at her husband, Daniel, and his friends, according to security footage obtained by the Inside Edition.

On Instagram, Pacheco boasts over 160,000 followers. She frequently posts photos sporting bikinis and work out videos accompanied by fitness tips.

With over 115 posts, the model offers exclusive discounts for several companies, including My Passerella, Bikinis by Yas and Diva Sports Fashion.

Pacheco has amassed over 12,200 likes on OnlyFans, a British content subscription service based in London where creators can earn money from users who subscribe to their content—the “fans.”

“Creators can opt for viewers to have monthly subscriptions (which start at $4.99 and can go up to $49.99) or can have free pages where they charge viewers to access specific pay-per-view (PPV) content. Some creators may have both — a subscription page and a free page — to optimize their earnings,” according to Bustle.

Pacheco shares videos to her account for paying subscribers.

So far, “the robbers have not been apprehended by police,” according to The Daily Mail.

The couple has “no idea” who may have been behind the burglary, the outlet continued.

On top of her in influence on Instagram and OnlyFans, Pacheco has amassed an extensive following on TikTok and Twitter as well.

On Twitter, she boasts over 18,000 followers. Her last tweet, which was posted on October 21, says, “I hate when people talk what they don’t know Unamused face like seriously.. stfu!” It is unclear if she was referencing the burglary.

She also has over 1.2 million likes on TikTok, where she shares videos of her everyday life including outfit looks and dancing.

I hate when people talk what they don’t know 😒 like seriously.. stfu!

Defending Her Family From Masked Burglars

Pacheco then rushes to grab her own pistol and fires back at the robbers from the doorway of her bedroom, the security footage shows, according to the Inside Edition.

“Don’t shoot! My son is in here!” the model is heard yelling in the video.

Although the robbers shot into the bedroom, her seven-year-old son was not struck, she told the outlet. Bullets hit a bedhead, closet door and TV screen, the Inside Edition continued.

The social media influencer was with her husband, their son and their friends watching the Miami Heat play in the NBA Finals, according to Local 10 News.

“While I was in the bathroom, I started to hear the commotion, I started hearing, ‘Get down, get down, give me everything you got,’” she recalled to the station.

“I went to the nightstand; I grabbed the gun and I opened the door. I saw one of the guys face to face with me. He told me to put my gun down. I just shook my head no, and then I said, ‘Don’t shoot me, my son is in here.’”

Footage then shows her husband, Daniel, run into the bedroom and chase the men out. The burglars managed to grab some expensive jewelry and watched before they fled the scene, Local 10 News reported.