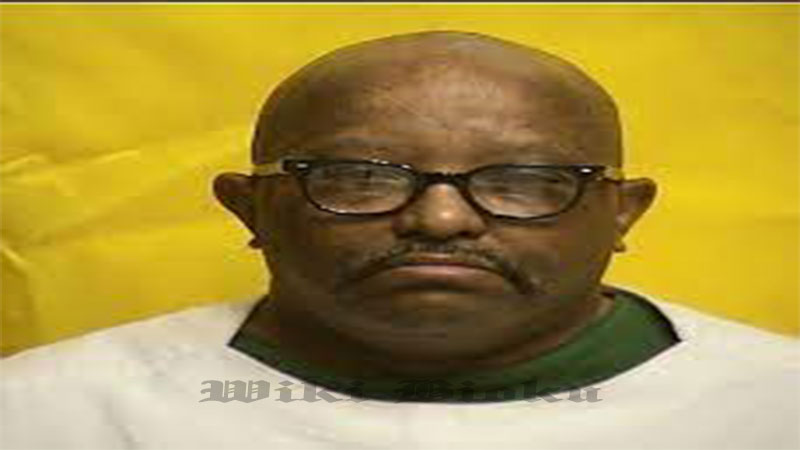 Anthony Sowell was an American serial killer, rapist, and necrophile known as the Cleveland Strangler, convicted of murdering 11 women and leaving their bodies around his house, has died in prison. He was arrested in October 2009 after the bodies of eleven women were discovered by police investigators at his home, 12205 Imperial Avenue, in the Mount Pleasant neighborhood of Cleveland, Ohio.

Anthony Sowell has died at the age of 61-years-old.

Anthony Edward Sowell was raised in East Cleveland, one of seven children born to single parent Claudia “Gertude” Garrison. Seven other children belonging to Sowell’s sister also lived in the household, having moved in after her death following a chronic illness. According to Sowell’s niece, Leona Davis, Garrison subjected them to physical abuse while her own children watched from adjacent rooms. In one incident, Garrison forced Davis to strip naked in front of the other children, then whipped her with electrical cords until she bled. Sowell himself began raping his niece on an almost daily basis for two years, starting when she was 10. It was also reported by Davis that the other males in the household also participated in the rapes.

Discovery of Bodies and Arrested

In September 2009, Sowell invited Latundra Billups to his home for a drink. On September 22, she told police that after a few drinks, he became angry and hit, choked and raped her as she passed out. On October 29, police arrived at his home with an arrest warrant. He was not there, but he was located and arrested two days later.

The bodies of two women were buried in a shallow grave in the basement and four other women were found on the 3rd floor of the home, in crawlspaces. After digging in the backyard, investigators found three more bodies and partial remains of a fourth. A human skull in a bucket inside the house brought the body count to eleven. Most of the victims were killed by manual strangulation and others were gagged or had ligatures on their bodies when they were discovered.

Sowell also raped three women who lived after they were led to his property with an invitation to smoke crack cocaine with him.

At the time of his arrest, Sowell was 50 years old. He had been living at that location for four years. He was held on $5 million bond. His trial was originally supposed to start on June 2, 2010 but was repeatedly delayed: first to September 7 to give his attorneys more time to prepare, then to February 14, 2011, then to May 2 at the request of his attorneys who needed more time to examine thousands of records and hours of surveillance video footage shot from the property next door to Sowell’s, and later to June 6 at the request of the prosecution due to scheduling conflicts. The trial began on June 6, 2011.

By October 2009, Sowell had been free from prison for several years having served a 15-year sentence for rape when officers went to his Imperial Avenue home as part of a new rape investigation. On October 29, 2009, they discovered two bodies. Over the next several days, investigators worked to uncover and identify the remains of 11 women: Tonia Carmichael, Nancy Cobbs, Tishana Culver, Crystal Dozier, Telacia Fortson, Amelda Hunter, Leshanda Long, Michelle Mason, Kim Yvette Smith, Diane Turner and Janice Webb. Nearly two years later, a Cuyahoga County jury found Sowell guilty on 81 counts, including aggravated murder and kidnapping. He was also convicted of attacking three other women who survived. He was sentenced to death but continued to appeal as recently as last May.

State prison officials have notified the victims’ families of his death. “I am glad he is dead,” said Tonia Carmichael’s daughter Donnita Carmichael. “God made it happen. I will never ever ever forgive him,” she reportedly told Fox8. “We can go on because he’s dead,” said Janice Webb’s sister Joann Moore. “We don’t have to hear about him anymore.

When Sowell first took Cleveland by fright, his case became a nightmare story for many departments as it reportedly highlighted deep deficiencies within the Cleveland-area criminal justice system that saw several of Sowell’s victims ignored by law enforcement, allowing him to remain free to rape and kill others. At the same time, the case also highlighted how seriously the police took the families of missing persons who live on the fringes society. According to reports, Cleveland paid out more than $1.3 million to victims and their families to settle lawsuits over how detectives handled accusations against Sowell before his arrest.

Reports reveal that all of Sowell’s victims were vulnerable women who struggled with drug addiction. Investigators later determined that Sowell lured the victims into his home, raped and strangled them, discarding their bodies in shallow graves, crawl spaces and even out to decompose in the open air.

A jury found Sowell guilty in 2011 of dozens of charges, including multiple counts of aggravated murder and other crimes for the women he killed. He was also convicted of trying to kill three women who survived.

Anthony Sowell, the serial killer notoriously known as the ‘Cleveland Strangler’ – convicted of murdering 11 women and leaving their bodies around his house, has died in prison. He was being given treatment for a terminal illness at the time of his death. 61-year-old Sowell was sentenced to the Chillicothe Correctional Institution after killing 11 Black women and leaving their bodies to rot around his Cleveland, Ohio, home.

A spokeswoman for the Ohio Department of Corrections, JoEllen Smith told Fox8 that Sowell was receiving end-of-life care for a terminal illness at the Franklin Medical Center on Monday afternoon. She didn’t reveal the illness but said his death was not due to coronavirus. State prison officials moved Sowell from Death Row at Chillicothe to the Franklin Medical Center in Columbus on January 21. He died at 3:27 pm on Monday afternoon, the spokeswoman said.