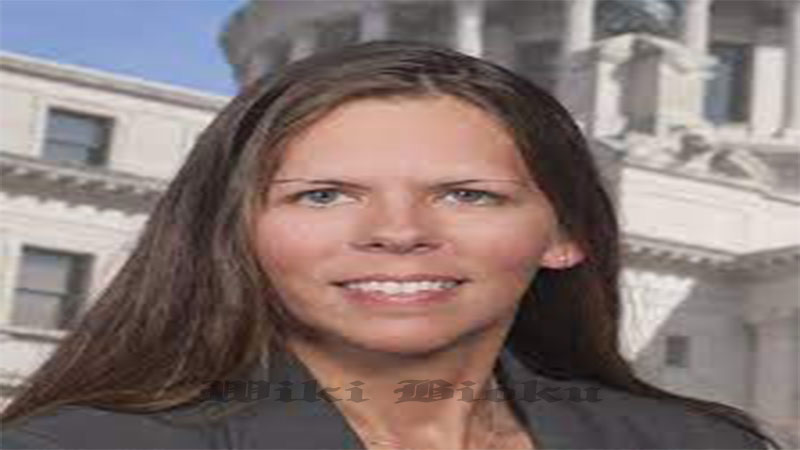 Ashley Henley was an American instructor and legislator who served in the Mississippi House of Representatives from the 40th area from 2016 to 2020. She was an individual from the Republican Party. She was a previous Mississippi official who demanded her sister-in-law was killed last year – for a situation that stays progressing – was herself shot and murdered for this present week outside a similar wore out home where her sister-in-law’s body was discovered, specialists said.

Henley, a Republican, served as a representative of Mississippi’s District 40 from 2016 to2020, losing her re-election bid in 2019 by just 14 votes. She previously served as a public school teacher and is survived by her husband and a 15-year-old son, according to multiple news outlets.

Ashley Henley has died at the age of 40-years-old.

Former state Rep. Ashley Henley is believed to have been shot and killed while mowing the grass outside the burned trailer in which her sister-in-law was also found dead in December.

A former Mississippi lawmaker who insisted her sister-in-law was murdered last year – in a case that remains ongoing – was herself shot and killed this week outside the same burned-out home where her sister-in-law’s body was found, authorities said.

Assistant District Attorney Steven Jubera told Mississippi Today that former state Rep. Ashley Henley was believed to have been fatally shot while mowing the grass outside the trailer where Kristina Michelle Jones, her sister-in-law, was found dead in December.

According to local TV station WATN in Memphis, Henley’s body was found around 10 p.m. on Sunday and has since been sent to the state for an autopsy. Jubera tells PEOPLE “the case is under investigation” but he declined to say more, citing policy. On Monday, Henley’s husband (and Jones’ brother), Brandon Henley, left a comment on a Facebook post in which he confirmed the news that his wife had been killed in the same location as his sister months earlier.

“She was running a weed eater and was shot in the back of the head according to local authorities. That’s all they have told us at the moment,” he wrote. Henley’s sister-in-law, Jones, had been found following a fire in the trailer last year, Yalobusha County Coroner Ronnie Stark told The Mississippi Free Press.

Stark told the outlet that Jones did not have any gunshot wounds but that homicide, in that case, had not been ruled out. Henley, 40, was unconvinced that her sister-in-law’s death was anything other than murder, sharing a copy of a death certificate on Facebook as recently as May 24 along with the caption: “I will leave no stone unturned in my pursuit of truth.”

Listed on the certificate as the cause of death, she wrote, was “unknown.” In another post made in April, the former lawmaker shared a photo of a small, handmade billboard that included photos of Jones with the words, “I WAS MURDERED.” She wrote in the caption that the local sheriff’s department and coroner’s office had not provided enough answers to the family regarding Jones’ death.

“We have been silent long enough. For the past three months my family has held ourselves close, grieving in secret, to cooperate with the requests of the Yalobusha County Sheriff’s Department as they proclaimed to be working on the investigation into the murder of my sister-in-law,” Henley wrote.

She continued in the post: “We have been nice. We have cooperated. We have respected the process and been patient. However, we simply do not understand why, according to the Mississippi State Crime Lab, the Yalobusha County Coroner Ronnie Stark has not even requested a toxicology report.NOW. . . we demand answers. We will not be intimidated. We are not going away. We will not back down. We will not be silent any longer. My sister-in-law deserves #JUSTICE.”

(The sheriff’s department, coroner’s office, and the Mississippi Bureau of Investigations did not offer immediate responses to PEOPLE’s request for further details.) Henley’s husband, Brandon, told local station WREG that he thinks the same person is responsible for both deaths and that his sister was killed last year before her trailer was set on fire. Brandon told WREG his wife was shot in the head Sunday afternoon and that, when he didn’t hear from her that day, he asked a neighbor to check on her.

“I have my own theory, and the police do too,” he said, adding, “I’d like for them to do their job because this is the second person someone down there has taken from me. My son doesn’t have a mother.” “She was a great person, she had a great heart, she was a voice for people who didn’t have a voice,” Henley’s husband told WMC. “She would help anyone anytime, anywhere. It didn’t matter what it was, what they needed, she was always willing to help anybody.”

Jubera told Mississippi Today that the deaths of both women are being investigated. Calling her a “nice lady,” Jubera told the outlet that he had met with Henley previously and that her family had gone through a lot in the past six months. He said that investigators including prosecutors will be looking anew at her sister-in-law’s case. “We are going back to square one after receiving an initial Fire Marshal’s report and lab reports,” Jubera said, adding: “We are looking at that with fresh eyes. Of Henley’s death, Jubera said, “We will investigate this as thoroughly as possible – do everything possible to get it right.”

On June 13, 2021, Henley was shot and killed in Water Valley, Mississippi, close to where her sister-in-law had been found dead in December 2019. Henley and her husband, Brandon Henley, had been publicly insisting that her sister-in-law Kristina Michelle Jones was murdered, and that law enforcement in Yalobusha County was refusing to do anything substantial about it. She was survived by her husband and their son. She was 40 years old.