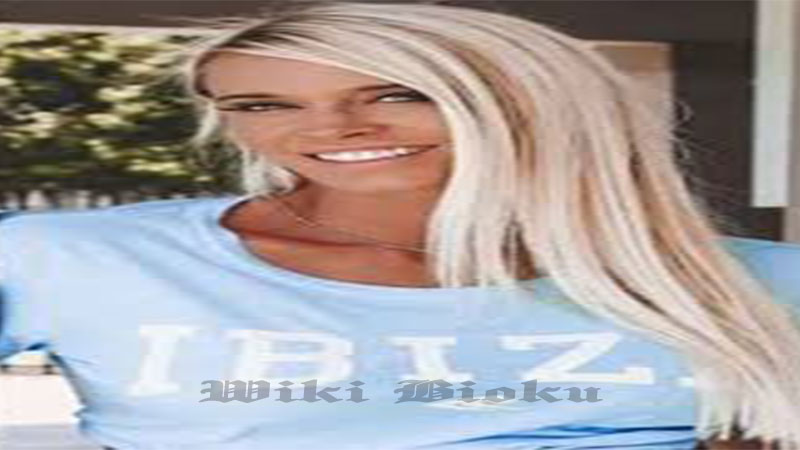 Ashley Kolfage is the wife of Brian Kolfage and the Instagram model. She was working as a teacher in Hawaii while attempting to break into modeling. In the interview, Kolfage said that in her youth, her goal was to become a model, vet, or teacher. Kolfage said, “I don’t look like your typical Teacher but I am!!” Kolfage said in a separate interview with Midweek in November 2012 that she was working as a second-grade teacher.

Brian Kolfage told The Military Times in September 2018 that he met his wife in a Chili’s restaurant in 2001 prior to his deployment in Kuwait. The pair reconnected via after Brian Kolfage was wounded in Iraq. Kolfage said that she reached out to her future husband on Facebook after hearing about his injuries through college friends.

On her official website, Kolfage said that she has recently started working as a “brand influencer.”

Kolfage wrote an essay for Cosmopolitan in July 2014 titled, “I Married a Wounded Soldier.” In the essay, Kolfage wrote about the couple’s first sexual experience saying, “The first time we had sex, I was nervous. He has about three inches of leg on his left side and none on his right. I’ve never seen anything like that before, but he didn’t make it awkward. “Legs just get in the way — everything else works just fine,” he said. And he was right.” The essay concludes with the lines, “Loving Brian has made me look deeper before judging. If I had judged him from the outside, I would never have given him a chance … and wouldn’t have known how happy we could be.”

Brian Kolfage told Air Force Magazine in a 2017 feature that they were married on a “100-plus degree” day which left him “sweating his a** off.” In the same article, Brian Kolfage is quoted as saying that on the first night he saw his future wife he told his friends, “I’m going to marry that girl.”

Kolfage told the San Angelo Standard-Times in 2010 that she thought that her future husband was “really cute. He was definitely tall… good personality, sense of humor, very outgoing.”

In his Air Force Magazine feature, Brian Kolfage said that he and his wife drove to Florida following his 2014 graduation from the University of Arizona before settling in Miramar Beach, Florida. He also said that the couple regularly visited injured veterans at the Walter Reed National Military Medical Center in Bethesda, Maryland.

Kolfage told The Military Times in 2018 that her family home had been converted to fit her husband’s needs. She said, “It takes the weight off our shoulders to know we have a forever home that functions for our whole family. This means so much to see people raising money for our veterans.” In May 2016, Kolfage told Northwest Florida Daily News that raising the couple’s children was largely her responsibility. Kolfage told The Standard-Times in 2010, “He’s very independent. Most people think we need help when we go out places, but he uses prosthetics and gets his own stuff and doesn’t want anyone’s help.”

The Tucson Sentinel reported in January 2012 that when Brian Kolfage was a guest of Congresswoman Gabby Giffords at President Barack Obama’s state of the union address, Kolfage brought the wounded representative flowers. Kolfage told The Standard-Times in December 2010 that attending events with her husband was “easy” adding, “I mean, I just go along with him and stand next to him.”

Kolfage was pictured with her husband and CNN host Anderson Cooper in October 2012.

Kolfage competed to be a cover model for the magazine Maxim in 2018 as part of a donation campaign for Homes for Wounded Warriors Foundation. Kolfage told The Military Times about her campaign, “My goal is to raise the most money. I would love to win [the cover], but when I found out that [Maxim] was raising money for wounded warriors, it made me want to do it even more. I love that Maxim supports our heroes.”

Kolfage is quoted on Maxim’s website as saying that her secret talent was that she was “stronger” than she looked. The winner of Maxim’s competition received $25,000. Kolfage said, “I would invest my money into a fitness program for other moms to help them gain their sexy back. I believe that all moms need to be shown that no matter age we all still have that sexy side of us. I would also donate part to wounded warriors since my husband is a triple amputee veteran.”

Ashley Kolfage is the Instagram model and influencer who is married to Brian Kolfage. On August 20, Brian Kolfage, Steve Bannon, Andrew Badolato, and Timothy Shea were indicted and accused of defrauding the donors of We Build the Wall.

We Build the Wall is a crowdfunding effort to fund the build a border wall between the United States and Mexico. Kolfage married her husband in May 2011. Kolfage’s maiden name was Goetz. She is a native of San Angelo, Texas.

In 2004, Brian Kolfage was wounded while serving in Iraq as part of the Air Force Security Forces. As a result of his injuries, Brian Kolfage is a triple amputee.