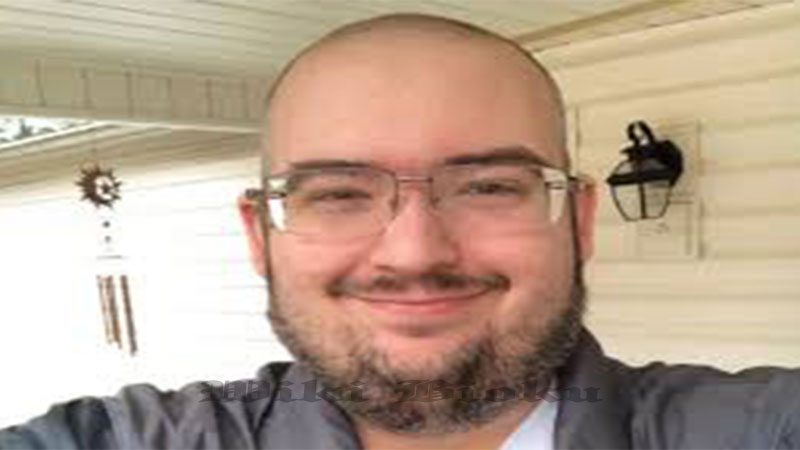 Bernie Gores is the CNN journalist executed in #Kabul by #Taliban soldiers, ‘read an August 16 tweet from’ CNN Afghanistan. Even as the world reels from the heartbreaking scenes of despair and panic emerging from Afghanistan after the Taliban seized the country’s capital after President Joe Biden withdrew US troops, Twitter was hit by increased shock after news reports circulated claiming that a CNN reporter had been executed by the Islamic military group.

The news in question was tweeted by several accounts disguised as authentic news outlets. “#BREAKING: #CNN Journalist ‘Bernie Gores’ executed in #Kabul by #Taliban soldiers,” read an August 16 tweet from “CNN Afghanistan,” an account with the username @CNNAfghan. “We are working with US officials to get several more journalists out of Afghanistan at this time. Our thoughts are with the Bernies family.”

The news of Bernie Gores’ assassination by the Taliban was not only reported by @CNNAfghan, the news was also distributed by accounts that tagged themselves as MSNBC and BBC Afghan news accounts. “MSNBC Afghanistan”, an account with the username @MSNBCAfghan, tweeted: “#BreakingNews: American journalist ‘Bernie Gores’ executed by #Taliban in # Afghanistan (via @CNN)”. @BBC AfghanNews – tweeted: “Multiple reports from the state of #Afganistan #CNN Journalist ‘Bernie Gores’ has been captured and executed by #Taliban in #Kabul.”

All of his tweets included the same photo: that of a smiling bald white man with glasses. There was only one problem. A journalist named Bernie Gores, who works for CNN, does not appear to exist. Although the tweets claim that Bernie Gores is an employee of CNN, his signature is nowhere on the network’s website. Additionally, Bernie Gores’ identity has been used to perpetrate other hoaxes in the past. In August 2020, the same photo that appears in the tweets was used with the same name to represent a missing person in Lebanon after a fuel explosion in Beirut.

And the accounts that tweeted the news of his alleged execution were not verified. According to the Daily Dot, the accounts claiming to be associated with the BBC (@BBCAfghanNews) and CNN were created in May 2021, and the accounts claiming to be part of MSNBC (@MSNBCAfghan) were created in July this year. Unlike @CNNAfghan, the many Twitter accounts on the network, including @cnn and @cnni, short for CNN International, are verified with a blue checkmark. While Bernie Gores’ tweet was the only one posted by the unverified BBC and MSNBC Twitter accounts, the @CNNAfghan account did have other posts linked to CNN’s true stories.

My prayers go out to Everyone at @CNN

The fake news accounts were suspended at noon on Tuesday, August 16, but not before their tweets sent Twitter to a meltdown. “This is Bernie Gore. He was an American CNN journalist stationed in Kabul. He was executed by the Taliban on Sunday. America is still trying to get several more journalists out … Say his name @JoeBiden !!! ! “a user reacted to the news from Gores. Another commented: “This is the first post I see on this. A friend told me to look up #BernieGores Bernie was a journalist for @CNN #CNN. He was executed in #Kabul by #Taliban. Do they say people are nice ??? “One more said:” This is a massive humanitarian crisis. Very sad. My prayers go out to everyone at @CNN. They lost a young journalist, Bernie Gores, who was executed by the Taliban. Nothing but prayers and good wishes for his family”. In America. #RIPBernie ”

This is Bernie Gore. He was an American journalist for CNN stationed in Kabul. He was executed by the Taliban on Sunday. US is still trying to get several more journalists out……
Say his name @JoeBiden !!!!! pic.twitter.com/qT6wqEVAbh

This is the first post I have seen about this. A friend told me to search #BernieGores 😳😮
Bernie was a @CNN #CNN Journalist. He was executed in #Kabul by #Taliban. 🤬🤬
Is the CNN woman journalist going to still say the people are nice??? https://t.co/4bggKYLDaO

Prince Harry encouraged military veterans to “reach out to each other and offer support for one another” in the wake of the Taliban taking over Afghanistan. https://t.co/J8S0r3kZ6X pic.twitter.com/2bQuB7Kcib

However, not all fell into the trap. One user tracked down the fake news tweet after realizing it was not authentic. “Bernie Gore’s dying wish on camera was for all of humanity to invest in the stock of Wendy’s fast-food LLC so they could enjoy the chili bowls there that he made so wonderfully in his time with us. #BernieGores #CNN #Taliban # Kabul @ CNNAfghan @MSNBCAfghan “. Another scoffed at the fact that conservative media host and political commentator Steven Crowder had fallen for the hoax. “Steven Crowder’s website ‘Louder With Crowder’ just quoted a tweet from a fake CNN account with a picture of Wings of Redemption that reads” Journalist ‘Bernie Gores’ executed in #Kabul by #Taliban soldiers. “How dumb is LWC? LMAO,” the user tweeted with screenshots from Crowder’s website.

Bernie Gore’s final wish on camera was for all of humanity to invest in Wendy’s fast food LLC stock so that they may enjoy the chili bowls from there he so wonderfully did in his time among us. 😔💔 #BernieGores #CNN #Taliban #Kabul @CNNAfghan @MSNBCAfghan pic.twitter.com/dVWAJRMDHA

Steven Crowder’s website “Louder With Crowder” just cited a quote tweet from a fake CNN account with a picture of Wings of Redemption stating “Journalist ‘Bernie Gores’ executed in #Kabul by #Taliban soldiers.” How dumb are LWC??? LMAO pic.twitter.com/D5DPYgW2WG