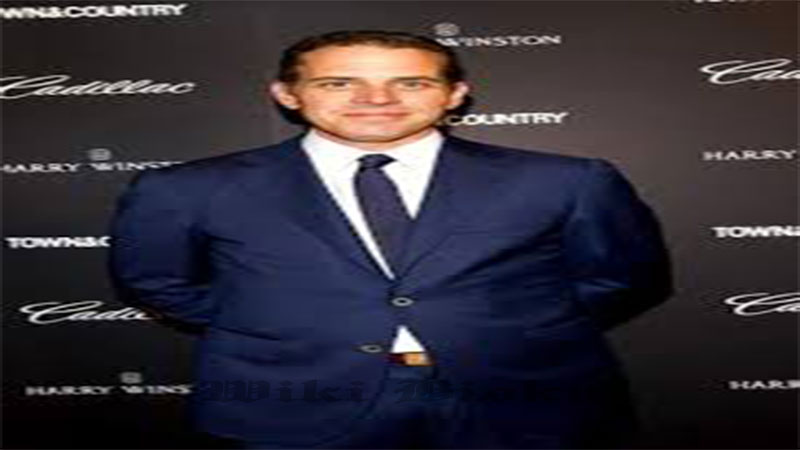 Bevan Cooney is a former business partner of Hunter Biden who is serving prison time for his involvement in a 2016 bond fraud investment scheme.

According to court records, Cooney previously lived in Incline Village, Nevada, as well as Missoula, Montana.

Jason Galanis, who prosecutors dubbed the mastermind behind the bond ripoff, called Cooney his “best friend of 23 years and equity holder in all the businesses,” the court documents continued.

He was also cited as a “direct or indirect owner” of CORF A, a Delaware limited liability company, “through which he owned an interest in Burnham Securities,” the records say.

Cooney was sentenced on July 31, 2019 to serve 30 months in prison for “defrauding a Native American tribal entity and various investment advisory clients of tens of millions of dollars in connection with the issuance of bonds by the tribal entity and the subsequent sale of those bonds through fraudulent and deceptive means,” according to the Southern District of New York U.S. Attorney’s Office.

“Bevan Cooney was part of a conspiracy that orchestrated a complex and corrupt scheme to defraud a Native American community and the clients of two asset management firms,” U.S. Attorney Audrey Strauss said.

“Today he learned the cost of committing those crimes. This Office is committed to protecting the investing public by appropriately prosecuting market predators.”

Cooney, who had a one-time stint working with Biden and his business partner Devon Archer, recently leaked emails that show the vice president’s son and colleagues used Obama-Biden administration connections to “arrange private meetings for potential foreign clients at the highest levels in the White House,” Breitbart reported.

Bevan Cooney and his former wife, Rachel Cooney, divorced in May 2017, according to court records.

#BevanCooney This guy is a real dirtball. He will cop to anything he thinks will be a “get out of jail free” card. He’s in jail for defrauding American Indians. Doesn’t get lower. pic.twitter.com/BqSMKoAdDq

The pair agreed through a consent judgment that Bevan Cooney would pay his ex-wife restoration payments totaling $568,750, the documents continue. But in September of that year, Rachel Cooney claimed he had only payed roughly $160,000, with interest still being owed, the court records indicate.

“The Judgment also specifically indicates that the debt owed to Plaintiff by Defendant, as indicated above, would not be dischargeable in Bankruptcy,” according to Rachel Cooney’s adversary proceeding.

In her suit, Rachel Cooney demanded that Bevan Cooney pay the rest of what he owes, on top of all attorney fees relating to the divorce judgement.

Went to Prison for Fraud

Cooney was sentenced on July 31, 2019 to serve 30 months in prison for “defrauding a Native American tribal entity and various investment advisory clients of tens of millions of dollars in connection with the issuance of bonds by the tribal entity and the subsequent sale of those bonds through fraudulent and deceptive means,” according to the Southern District of New York U.S. Attorney’s Office.

“These never-before-revealed emails outline how a delegation of Chinese investors and Communist Party officials managed to secure a private, off-the-books meeting with then-Vice President Joe Biden,” the outlet said.

Archer, a longtime business partner of Biden’s, was indicted alongside Cooney in the Wakpamni Lake Community Corporation bond scheme that defrauded investors of more than $60 million, according to the Southern District of New York U.S. Attorney’s Office.

The men, as well as a handful of others, participated in the scheme from March 2014 to April 2016, the office claimed.

On top of his prison time, Cooney was sentenced three years of supervised, the U.S. District Attorney’s Office announced. He was also ordered to forfeit $9,527,000 and to make restitution in the amount of $43,785,176.

Archer, on the other hand, is awaiting sentencing after an appellate court overturned a federal judge’s previous ruling to vacate his conviction, Politico reported.

During Archer’s trial in June 2018, Biden was implicated in the tribal fraud scheme, according to court transcripts obtained by Native Sun News Today.

Prosecutors linked both men to the Burnham Financial Group, “the alleged placement agent” for the bond offerings, the outlet reported.

NOTABLE: BEVAN COONEY, a jailed ex-associate of HUNTER BIDEN, seems to be cooperating with conservative journalists @PeterSchweizer & @MatthewTyrmand on at least one story about Hunter.

Cooney reportedly provided the personal emails for this story. https://t.co/icmPKvsxS2

Archer was cited on the board of directors, while Biden served as the vice president, Native Sun News Today continued.

“Although Burnham was not named in any court proceedings, they were the alleged placement agent for the Wakpamni Lake Community Corporation tribal bond offerings,” the newspaper said.

Cooney in 2019 reached out to Breitbart’s Peter Schweizer, claiming he was the “fall guy” for the fraud scheme and that Archer and Biden dodged responsibility, according to the outlet.

From prison, Cooney later provided Schweizer with written authorization, his email account name and password to retrieve the emails detailed in the story, Breitbart said.

“He authorized, in writing, the publication of these emails— notable because it is the first time a close associate has publicly confirmed Hunter’s trading on his father’s influence,” the outlet continued.