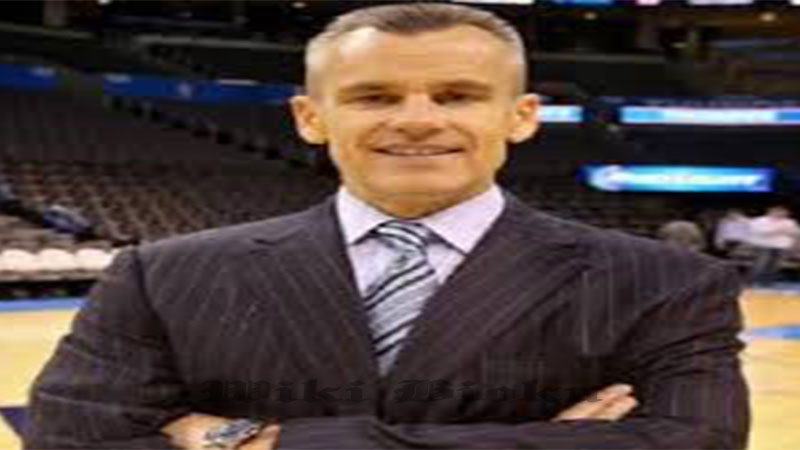 Donovan was born in Rockville Centre, New York. He’s been married to his wife Christine for 30 years. They have four sons Connor, Bryan, Hasbrouck, and Billy III, who is a professional player who appears to be breaking into the coaching ranks.

“From an offensive standpoint. because a lot of times your personnel can change — whether it’s through graduation in high school and college, or whether it’s through different changes in the NBA — I think you’ve got to locate and figure out what each guy’s strengths and talents are. And then, the job of the coach is to maximize those individual talents as best they can.”

On Defense, Donovan’s teams consistently ranked in the Top 10 in the league, and as high as fourth during his tenure with the Thunder. Donovan is known as a “players coach,” which can be good, but he’s also drawn criticism for listening to players too much.

His now-former point guard Denis Schroeder once said this about him:

Donovan played four years of college basketball with Providence before spending three years as a professional with the CBA, and a brief stint with the New York Knicks in 1988. He’d retired by 1989 and he began coaching as an assistant under Rick Pitino at Kentucky the same year.

He remained in that role until 1994 when he took a head coaching with Marshall. Donovan established himself as one of the top young coaches in the country and after two years with the Thundering Herd, he was hired to be the head coach at the University of Florida.

To put it plainly, Donovan helped put the Gators’ basketball program on the map. From 1996-2015, Donovan led the Gators to 13 NCAA Tournament appearances, four Final Fours, and two National Championships (back-to-back in 2006 and 2007).

He began coaching in the NBA in 2015 with the Oklahoma City Thunder where he stayed through this past season. As an NBA coach, Donovan’s Thunder teams had a 243–157 record. They made the playoffs every season, but only managed to make it past the first round once.

Really interesting insight from Dennis Schröder about Billy Donovan. Talked about how much he likes Billy’s willingness to listen to players but says “when he listens too much to the players it can go bad.”

One of the first things fans will take note of is how Donovan deals with young point guard Coby White. He showed flashes of becoming an outstanding player during his rookie season, and Donovan, who was a point guard in his playing days, will obviously have a lot to offer White. In fact, Donovan was just coaching one of White’s mentors in Chris Paul. White and Paul have a strong relationship so it would seem Paul can give White some insight as to what to expect from Donovan as a coach.

Donovan spoke about his coaching style and everchanging system based on his current personnel.

Just like players, coaches grow over time and that could be the case with Donovan. In any case, Donovan is the kind of coach that was certainly coveted and it has to be encouraging to fans to see their team land a highly touted coach rather than appoint another guy that has a good chance of becoming Jim Boylen 2.0. At this point, Bulls fans have to believe that anyone is better than their last coach.