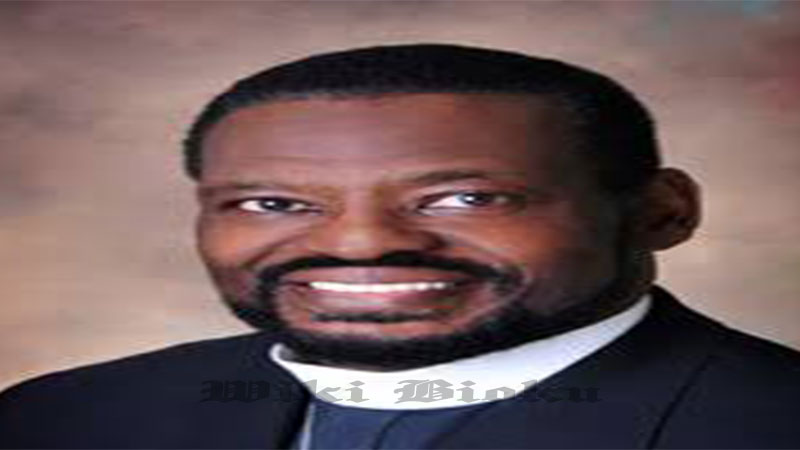 Jackson was a frequent White House visitor who served as an unofficial evangelical adviser to Trump and attended a number of high-profile events this year, including the Republican National Convention and the ceremony where Justice Amy Coney Barrett was officially announced as Trump’s Supreme Court nominee, Religion News reported. According to the Hope Christian Church’s website, Jackson has been the senior pastor at the ministry since 1988, when he transferred from Corning, New York.

Jackson was not only a pastor but also a political activist who frequently made appearances at White House events or more recently on the campaign trail with Republicans. On April 10, Jackson appeared in the Oval Office at a Good Friday gathering to offer a prayer. He said, “Once again, give this great man, our president, and give the vice president wisdom beyond their natural limitations. Give them insights so they can cover us, lead us and bless us,” Religion News reported.

Jackson also appeared at the White House ceremony for Trump’s official announcement nominating Justice Amy Coney Barrett to the Supreme Court and also appeared alongside Vice President Mike Pence at a town hall on November 1, the outlet wrote. Jackson’s church confirmed to the outlet in October that the pastor had tested negative for coronavirus after the White House event at which many attendees tested positive.

In addition to being the senior pastor at Hope Christian Church, Jackson also served as the presiding bishop at the International Communion of Evangelical Churches. The activist also founded and chaired the High Impact Leadership Coalition, a group of ministers who champion socially conservative ideas, according to his bio at Whitaker House.

Jackson continued to work until this week, with his final appearance at Hope Christian Church coming on Tuesday at the church’s midweek service. During the devotional, Jackson spoke about Psalm 100 and thankfulness: “The idea is that there is progression. It’s like turning off the street into a gate of a property. And then I praise God — it is talking about what God has done, how he has been faithful in the past, that often catapults me further into the manifold presence of God.”

Bishop Harry Jackson Jr has died at the age of 66-years-old.

According to Whitaker House’s biography of the prominent pastor, Jackson lived in Maryland and had two adult daughters. Jackson had recently remarried after the death of his first wife, Reverend Vivian Jackson, on April 2, 2018. Her Facebook page stated that the two had been married 40 years.

Jackson was also an author who wrote multiple books, including You Were Born for More: Six Steps to Breaking Through to Your Destiny and In-Laws, Outlaws, and the Functional Family: A Real-World Guide to Resolving Today’s Family Issues, his bio reads. He also co-authored High Impact African American Churches with George Barna which won the Silver Medallion Award from the Evangelical Christian Publishers Association.

More recently, he published A Manifesto: Christian America’s Contract with Minorities in August 2020, described as “a biblical agenda or manifesto to bring about social change in our nation.”

Jackson’s website describes the book as providing a guide or agenda to help people feel empowered to bring about positive change in the world through “education reform, marriage rebuilding, public policy reform” and more.

Bishop Harry Jackson Jr., Donald Trump’s evangelical adviser, died on November 9 at the age of 66. Jackson’s church, Hope Christian Church, issued a statement on its website confirming the death of the well-known conservative pastor. A cause of death was not immediately provided.

Jackson spoke to the Christian Broadcasting Network (CBN) about his 2005 cancer diagnosis, saying he was given only a 15% chance of survival. He said he had stage 3 esophageal cancer and began an aggressive treatment at John Hopkins. He told his daughter, “I would win no matter what happened. If what I preached was true, death would bring me into the Lord’s presence (a win!). And if God healed me, I would go forth with a renewed sense of mission in my life (a win!).”

On February 4, 2006, Jackson’s birthday, he underwent a seven-and-a-half-hour surgery to “remove a cancerous golf ball size tumor and most of his esophagus,” he told CBN. The surgery was a success and Jackson was cancer-free, and the bishop told the outlet that he credited his recovery to his faith, prayer, his family and an article that he stumbled upon at his “darkest hour.” He said, “I believed God had a purpose for my life, and the article was a confirmation of that fact.”