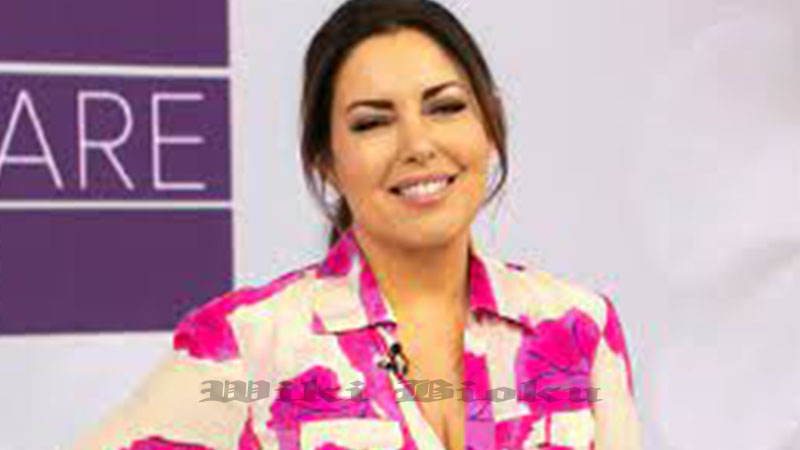 Bobbie Thomas is an American fashion journalist. She is the Style Editor for NBC’s Today Show. She has been considered a beauty and fashion expert for over a decade, and has appeared on TV shows including E! Red Carpet coverage, Style Network’s Fashion Police, The View and The Wendy Williams Show. Her national column, “the Buzz” appeared in In Touch Weekly Magazine. Now, “Bobbie’s Buzz” airs weekly on TODAY with Kathie Lee Gifford and Hoda Kotb.

Bobbie Thomas was born October 23, 1974, in Providence, Rhode Island, and raised bi-coastal between New England and Los Angeles. Thomas received a Bachelor of Science in Psychology from the University of Idaho. During three years of graduate studies, Bobbie volunteered as an advocate and counselor at the Valley Trauma Center, a rape crisis treatment facility.

From FOX and CNN to VH1 and MTV, Thomas has shared tips, tricks and Hollywood secrets with a wide audience. She has appeared on a variety of E! Entertainment specials, including their annual red-carpet Emmy, Golden Globe, Screen Actors Guild, and Academy Awards coverage. She also co-hosted Fashion Police on the Style Network with Robert Verdi.

As the Style Editor of NBC’s Today Show, her weekly TodayShow.com Style Buzz articles have become a popular fixture for the Fashion & Beauty section, and are often pulled to also appear on MSN.com and MSN messenger, as well as MSNBC.com’s home page.

Her work with national clothing retailers has included fashion commentary for both the youth and adult market and presently she serves as Simon Property Group’s Style Expert, visiting malls across the United States and hosting events.

In the fall of 2009, Thomas launched Bobbie.com. The blog features a variety of Thomas’ styling ideas, Do-It-Yourself projects and houses an archive of her Today Show segments.

In 2010, Thomas signed on to lead a team of women in the “Latisse Wishes Challenge” benefitting the Make-a-Wish foundation.

Thomas dated N Sync member JC Chasez during the group’s prime between 1997 and 2001. In March 2012, Thomas got engaged to lawyer Michael Marion. The couple was married on May 31, 2013 at Kathie-Lee Gifford’s home in Connecticut. On December 3, 2014, Thomas announced that she was pregnant with her first child via IVF. Their son Miles Thomas Marion was born in 2015. The two had a long-haired chihuahua named Chica. In 2019, Marion suffered an ischemic stroke and Thomas began sharing his recovery journey with viewers and followers. Michael Marion died on December 1, 2020.

Marion and Thomas were together for more than a decade. According to Today, they were introduced through mutual friends in New York City. They dated for five years before Marion proposed in May 2012.

Thomas and Marion tied the knot on May 31, 2013. Today co-host Kathie Lee Gifford hosted the wedding at her home in Connecticut, USA Today reported. Hoda Kotb and Natalie Morales also attended. Thomas shared a video compilation from the big day on her professional website.

Two years after becoming husband and wife, Marion and Thomas became parents. They welcomed their son, Miles, on July 21, 2015, according to E!. According to Closer Weekly, Thomas and Marion went through four rounds of IVF treatments in order to conceive their son. Thomas introduced Miles to Today viewers in September 2015.

In June 2020, Thomas shared a special moment that took place between Marion and Miles. Thomas recorded the moment that Marion was finally able to pick up Miles for the first time since suffering the stroke. Thomas wrote in part that she had “wanted to share this milestone that makes my heart so happy, and I hope yours too.”

Style expert and Today show contributor Bobbie Thomas is opening up about the loss of her husband, Michael Kenneth Marion, who died on December 1. He was only 42 years old. Thomas wrote on Instagram that “nothing will ever be normal again” and urged her followers to “go hug the people you love.”

Marion’s obituary alluded to his “heroic struggle.” He suffered a stroke in April 2019 at age 40 and had to relearn how to walk. Thomas discussed her husband’s health struggles on Today in order to raise awareness about strokes and to stress that they are not limited to just elderly populations.

Thomas provided additional details about the cause of her husband’s death in a statement that Today published online on December 7. Thomas explained that Marion “landed in the hospital due to problems involving several organ systems, separate from his stroke of 18 months ago” and that his death was “unrelated to Covid 19.”

Strokes are often associated with older populations. But they can happen just as easily to younger people. Approximately 795,000 Americans suffer from strokes each year, and according to the American Heart Association, as many as 15% of those patients are between the ages of 18 and 45. A 2017 study published in JAMA Neurology found that hospitalization rates for younger people suffering strokes had sharply increased between 2003 and 2012.

According to the American Stroke Association, strokes are the fifth leading cause of death in the United States and the leading cause of disabilities. Symptoms to watch for include numbness in the face, arm weakness and slurred speech.

Paid Tributes To Her Husband

Thomas, 46, shared her heartbreak with the world in a tribute to her husband on social media. She shared photos alongside Marion in a hospital bed on Instagram and Facebook. Thomas’ sadness was palpable as she wrote, “Nothing is normal. Maybe nothing will ever be normal again. For me, it won’t. My husband is gone.”

But in her grief, Thomas also shared a message about the importance of remembering the positive things in life. She urged her followers to show gratitude for their loved ones:

With all the fear, anger, and division going on in the world right now, it’s so easy to get upset about the lack of normalcy. But I beg you, everyone reading this, hold onto what you do have right now instead of focusing on what you don’t. One thing we all have is kindness. Absorb it, extend it, exhaust it. Because in the end, the ONLY thing that matters is love. If you’re lucky enough to have it, please appreciate it, every moment, every day. Especially during the hard parts. There will never be enough time and some of our forevers are much too short. As I type through tears, I embrace gratitude … holding our precious son Miles and memories, of the time I did have with Michael, closer to my broken heart. Thank you all for the love and support you’ve shown us and our families. Please go hug the people you love.

Marion suffered an ischemic stroke, the most common form, in April 2019 when he was only 40 years old. The Centers for Disease Control and Prevention explains on its website that this type of stroke “happens when blood flow through the artery that supplies oxygen-rich blood to the brain becomes blocked. Blood clots often cause the blockages that lead to ischemic strokes.”

Marion had to spend more than two months in the hospital as he began his recuperation. Thomas wrote an editorial for NBC’s website in late May 2019 to raise awareness about the risk of strokes and to praise Marion as he worked to recover. Thomas wrote in part:

I love my husband. We’ve been fortunate to celebrate many happy times since we met, but I’ve never felt more in love or more connected to him than in the pain and dark. In relationships, everything isn’t always a picture-perfect wedding day. We make all these plans for the future, but life can change in an instant and it’s who you have next to you in these moments that makes all the difference…

I’m beyond grateful for the man, husband and father [Michael] is. He has had to endure endless tests, physical discomfort, living away from home and constant uncertainty about the future. He’s faced it all with a resilience that leaves me speechless.

Thomas shared a picture of them and their son at a July 4th parade after Marion was finally permitted to go home. Thomas wrote at the time, “He’s officially home from the hospital, and we made it to the parade! I almost can’t believe it, and asked my mom to take this picture. My heart is overwhelmed with gratitude- I can’t thank every enough for all of the kind words and wishes.”