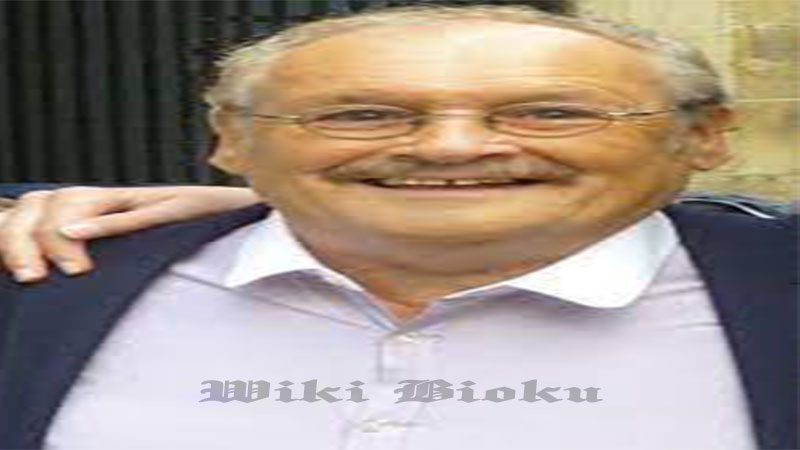 Bobby Ball was English Comedian who known for the comedy double act has died. He was born in Oldham, Lancashire on 28 January 1944. He met his comedy partner Tommy Cannon while working in a factory as a welder.

Cannon and Ball – whose real names are Thomas Derbyshire and Robert Harper – started out as comics on the cabaret circuit in the north of England.

Ball was famous for twanging his braces on stage, while saying: “Rock on, Tommy.”

Speaking to The Independent in 2006, Cannon recalled how they were given a huge career boost by LWT’s director of programmes Michael Grade.

“He eventually saw a clip of something we’d done and he turned to the execs and said, ‘Give these two lads their own show,’” Cannon explained.

“That was after 15 years slogging up and down to working men’s clubs.”

The Cannon and Ball Show launched in 1979 and was broadcast on Saturday nights.

It lasted 11 series and was one of the most popular TV shows of its time, with consistently high viewing figures.

In 1982, the duo made a police comedy film entitled The Boys In Blue.

Cannon and Ball appeared together on I’m A Celebrity… Get Me Out Of Here! in 2005, and were jointly the sixth to be voted out.

In his later years, Ball acted in several sitcoms, including Mount Pleasant and The Cockfields.

Declan Donnelly of Ant and Dec fame was among those paying tribute to Ball, saying he had been one of his “absolute favourite performers growing up”.

This Morning hosts Phillip Schofield and Holly Willoughby paid their own tribute on the ITV show, remembering Ball as “a genuinely lovely, sweet, kind man”.

Les Dennis described him as “a true entertainer with real funny bones”, while comedian Ed Gamble said he was “absolutely pure funny” and “a massive influence”.

Actor and impressionist Kate Robbins said: “God bless your beautiful soul Bobby. You were so funny and lovely.”

Comedy actress Diane Morgan added: “So sad to hear about Bobby Ball. He was such a treat to work with. Never stopped making us all laugh. We’ll miss you Bobby!”

Former EastEnders star Shane Richie said Ball had had the ability to “make you laugh & cry with just a look” and had been “truly one of a kind”.

Bobby Ball has died at the age of 76-years-old.

Ball married his first wife, Joan Lynn, in 1964, with whom he had two sons, Robert (born 1965) and Darren (born 1969), who are now a comedy double act in their own right, performing under their surname ‘glen’. Ball and Lynn separated in 1970. Ball married his second wife, Yvonne Nugent, in 1974 (although some reports say 1971). In an interview on BBC Tees on 28 June 2016, Ball said that he met Yvonne while performing with Cannon at a club in Norton, County Durham: “We were playing there … she came downstairs in a little mini skirt, looked at me and Tommy, shook her head and walked away. I thought, ‘I’d spend my life with her.’” Ball and his wife lived in Lytham St Annes, Lancashire.

“His wife Yvonne said the hospital and staff could not have been more wonderful, as they were outstanding in their care of duty and they did everything possible for him and she cannot praise them enough.

He added that Ball’s wife stressed their need for privacy at this time “has to be a priority” and no further announcements or statements will be made.

Ball starred recently in Lee Mack’s flat share comedy Not Going Out, one of the BBC’s most long-running and successful sitcoms.

Starring Mack and Sally Bretton as Lee and Lucy, the couple who eventually marry and have children, the show became a family comedy, with Ball playing Lee’s unreliable dad Frank.

His death comes after the actor and comedian tested positive for Covid-19.

Ball was one half of the comedy duo alongside his long-time friend and colleague Tommy Cannon.

He also starred in several sitcoms including Not Going Out, Last of the Summer Wine, Benidorm and Heartbeat.

Leading the tributes, Cannon said: “Rock on, my good friend, I can’t believe this, I’m devastated.”

Ball’s wife Yvonne added: “I will always miss him, he was so joyful, full of fun and mischievous.”

He said Ball was admitted for tests due to breathing problems.

“At first it was thought to be a chest infection but a test proved positive for Covid-19,” he said in a statement.