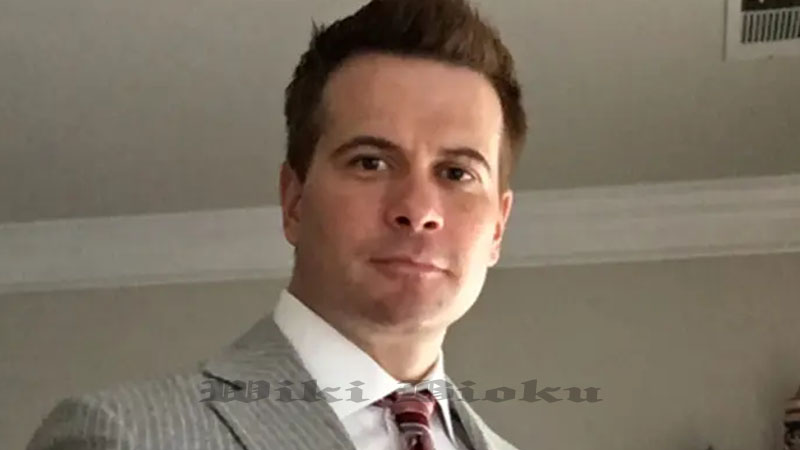 Brian Jeffrey Raymond was a U.S. Embassy staffer who federal authorities said drugged and raped women and saved photos and videos of them on his phone.

Federal prosecutors allege he sexually assaulted at least 23 women in multiple countries over the past decade. Federal officials released additional information on Raymond this week, hoping to identify additional victims.

Raymond grew up in San Diego and has one sibling and parents who live there, his attorney wrote in a motion requesting his release. He has “deep ties to the San Diego community” and has “lifelong friends” there, the attorney wrote. Raymond also owns a home in Las Vegas, Nevada, which is worth about $275,000, the affidavit said.

“Prior to the events at issue in this proceeding, Mr. Raymond has had an unblemished, 23-year-career in public service for the federal government,” the motion said.

The motion was filed to request Raymond be released from jail and placed under house arrest. It says he has a heart condition which required surgery in 2018, and that his mother has cancer.

“Her prognosis is not good,” the motion said.

The motion said Raymond should be released because of susceptibility to COVID-19, and said he helped his father care for his mother.

Prosecutors denied the motion, according to The Daily Beast, saying his behavior “suggests no such concern for contracting COVID” and referenced videos of three unconscious women in his bed between late March and May 30 “at the height of the COVID crisis.”

Federal officials also interviewed Raymond’s parents, who said he was rarely in touch and they did not know he had a heart issue or even that he had been married and divorced, according to The Daily Beast.

An affidavit filed in his case in October by an FBI agent says Raymond, 44, met women on dating apps and drugged them. He was arrested October 9, 2020, and his next court appearance is scheduled for January 20, 2021.

A woman told federal authorities she did not believe she had any sexual contact with Raymond, even kissing. She said she thought at most they hugged. Then, she was shown videos and photos of herself which showed Raymond sexually abusing her, according to an affidavit filed in his case.

The videos were taken after their second date, and reportedly showed the woman lying on her back, appearing unconscious. Her shirt was pulled up, revealing both her breasts. A video shows a hand pulling at her shorts, briefly exposing her “pubic area.” Another photo shows a hand holding open her eyelids and exposing her eyeballs, the affidavit said. The photos showed red marks on her knees.

The woman said they met up that day, March 14, 2017, in Dumbarton Oaks Park in Georgetown, drank “juice boxes” of Soju, a Korean liquor, and went to a nearby wine bar. They later went to her apartment, where she poured them each a glass of wine. She said at one point, Raymond went inside to use the restroom, returned with the bottle of wine and refilled their glasses. She said she became “woozy” and her legs gave out from underneath her. She dropped to her knees. She told Raymond she was not feeling well and wanted to lie down on her bed. Later, she said she awoke to Raymond lying next to her, appearing surprised she was awake. They were both clothed, and she told him he could sleep on the couch if he had too much to drink. He declined and left, she told authorities.

He texted her the next day, “hopefully you aren’t too hung over today,” the affidavit said. She identified herself in the photos and videos found on Raymond’s phone.

The woman was nude on the balcony of the upscale Polanco neighborhood. She was found to have injuries indicating she was raped and injured, including bruises and cuts on her body, Mexico News Daily reported. They reported she was “scared and disoriented” when police were called. She filed a report indicating she met Raymond on the dating app, Tinder, and that she passed out after drinking a glass of wine he gave her.

Raymond contended he had consensual sex with the woman and was released, leaving for the United States the next day and quarantining for two weeks. Raymond agreed to be interviewed by federal officials following the quarantine. He was detained October 9, 2020, in Mesa, California.

Raymond traveled extensively overseas while working as a government employee. He had assignments in both Mexico and Peru, according to the FBI. He was living in Mexico from August 2018 to May 2020. Authorities said he speaks both Spanish and Mandarin.

Raymond was charged in a one-count criminal complaint which alleges “he induced an adult victim to travel for the purpose of engaging in any sexual activity for which any person can be charged with a criminal offense. Raymond allegedly met the victim on a dating application and had videos and photographs of the victim showing her unconscious and partially undressed.” The FBI is continuing its investigation and seeking any additional victims.

The investigation into Raymond began in May in Mexico. He was arrested in Mexico City after police were called because a woman was screaming for help on his balcony May 31, 2020, Mexico News Daily reported. At the time, he was working at the U.S. Embassy in Mexico City. The apartment was owned by the embassy.

“The FBI has been working with the DSS Office of Special Investigations and foreign law enforcement to coordinate the law enforcement effort to obtain information, including information about any additional potential victims,” an FBI news release said. “The investigation has also revealed photographs and videos of additional adult women on Raymond’s devices and electronic accounts. As a result, the FBI has created a central electronic system to collect information from potential victims and further investigate this case.”

The FBI and the U.S. Department of State’s Diplomatic Security Service are asking for the public’s help in seeking potential victims of and additional information about an alleged sexual offender, Brian Jeffrey Raymond.

Raymond, 44, was formerly a U.S. government employee, and he traveled extensively overseas, including in Mexico and Peru. He speaks both Spanish and Mandarin Chinese. Raymond had been living in Mexico from August 2018 to May 2020.

Raymond was charged in connection with an instance in which he allegedly met a victim on a dating application and had videos and photographs of the victim showing her unconscious and partially undressed.

Raymond was arrested in La Mesa, California, on October 9, 2020. The investigation is ongoing and has revealed photographs and videos of additional adult women on Raymond’s devices and electronic accounts.

The case is under investigation by the DSS, the Department of Justice Criminal Division’s Human Rights and Special Prosecutions Section and the United States Attorney’s Office of the District of Columbia. The United States Attorney’s Office in the Southern District of California, and the FBI and DSS San Diego Field Offices provided “significant assistance,” the FBI said.

The FBI is on the hunt for potential victims and information about Brian Jeffrey Raymond, a former U.S. embassy employee in Mexico City already accused of drugging and sexually assaulting nearly two dozen women across a decade and several countries https://t.co/TqY2ZvQ9rk

The questionnaire asks for contact information, date and location of contact with Raymond, and any additional information that may be relevant to the investigation. Information can also be emailed to [email protected], or anyone with information can call 1-800-CALL-FBI.

If you believe you have been a victim of Brian Jeffrey Raymond, the FBI requests that you fill out this secure, online questionnaire. The questionnaire will assist law enforcement with the investigation.

If you believe you or someone you know may have information regarding Brian Jeffrey Raymond, please complete this same questionnaire, or you may email [email protected] or call 1-800-CALL-FBI.

The FBI is legally mandated to identify victims of federal crimes it investigates. Identified victims may be eligible for certain services and rights under federal and/or state law.