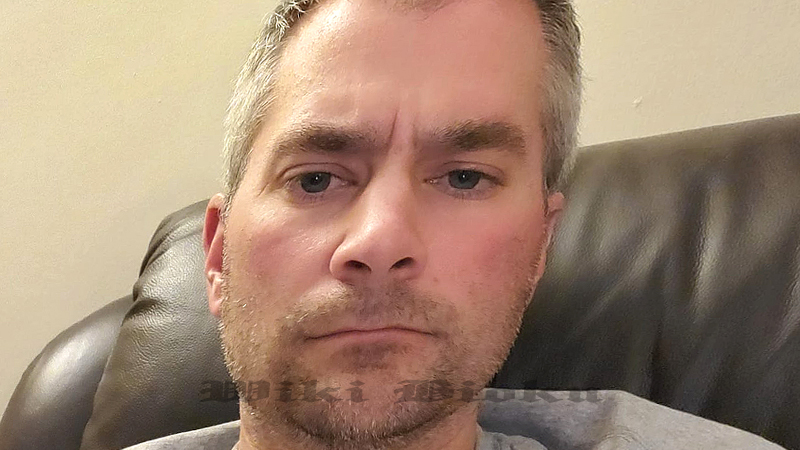 Heavy found a Twitter account in Sicknick’s name. It indicates that he was a Donald Trump supporter; the cover photo is Trump’s plane. On Facebook, his cover photo was of an American flag.

Sicknick’s Facebook page was filled with American flags and patriotic themes. A 1998 article in the Central New Jersey Home News said that then Airman Brian D. Sicknick was the son of Charles and Gladys Sicknick of South River. He was a 1997 graduate of Middlesex County Vocational Technical High School in East Brunswick.

Brian Sicknick has died at the age of 42-years-old.

According to The Daily Beast, Sicknick was also a former Air National Guardsman who served in Operation Desert Shield and Operation Enduring Freedom. Sicknick was from New Jersey and lived in Springfield, Virginia.

He became a police officer after leaving the military.

Sicknick wrote a letter to the editor in 2000 of the Central New Jersey Home News. “With the military drastically downsizing, the National Guard and Reserves are called upon more than ever. I understand this may cause a hardship on the employers,” he wrote. “There still are some employers in New Jersey that give guardsmen and reservists a hard time when they have to serve.”

He said that “these employers have to start realizing that reservists make up more than 50 percent of the military. They have to start giving these men and women some slack. In order to keep the freedoms we enjoy so much, we must rely on reservists.”

In another letter to the Central New Jersey Home News in 2001, he wrote that the government did not give proper assistance to veterans. He said he was deployed to the Middle East for 45 days two years before.

He discovered that, “according to a rather ambiguous law, New Jersey National Guard members should receive full salary from state, county or municipal employers up to 90 days of a deployment. My employer, which falls into this category, chose to pay the difference between my military pay and my regular pay.”

Sicknick said that the “Department of Military and Veterans Affairs, along with the Attorney General’s Office, offered little assistance. I have written a staggering number of letters to elected officials in both the state and federal governments. Only one state senator responded. It turned out, he couldn’t help either.”

After “discovering the incompetence of the government, It turned into a legal battle between my employer and me.” Thus he was not enlisting for a second term in the National Guard. “I am no longer going to risk my life in hostile environments around the globe for a government that does not care about the troops. I feel that I had a simple problem the government could have easily solved.”

In another letter, he weighed in on the war in Iraq, saying that he thought war was “justifiable in this case. If we continue to have our troops just sit and watch, Saddam will keep building up his weapons…Unfortunately, innocent people will die. That is part of war.”

By 2003, though, he wrote that an “unnecessary war” was taking place. He said with “other major problems going on in this country, there is no room for blatantly partisan politics.” He argued that the Bush administration “has its hands grasped firmly on the puppet strings of conservative senators.”

In 2003, he again made it clear he was no fan of George W. Bush, writing, “I believe we should have regime change here in America. It’s time to oust the arrogant oil hacks that occupy the White House.”

According to the Capitol Police, Sicknick joined the department in July 2008 and was assigned to the department’s First Responders Unit. “The entire department expresses its deepest sympathies to Officer Sicknick’s family and friends on their loss and mourns the loss of a friend and colleague.”

“Our hearts break over the senseless death of United States Capitol Police Officer Brian D. Sicknick, who was injured in the line of duty during yesterday’s violent assault on the Capitol. Our prayers are with his family, friends, and colleagues on the force,” the lawmakers said. “This tragic loss should remind all of us of the bravery of the law enforcement officers who protected us, our colleagues, Congressional staff, the press corps, and other essential workers yesterday.”

DeLauro and Ryan added, “To honor Officer Sicknick’s memory, we must ensure that the mob who attacked the People’s House and those who instigated them are held fully accountable.”

DeLauro and Ryan previously called for a review of the law enforcement response to the riot and the preparation ahead of the events. Their committees oversee the department’s budget.

According to The Hill, more than 50 officers were injured during the Capitol riots and 15 were hospitalized.

Congress was debating certification of the electoral college when a mob breached the Capitol. Some of those inside the Capitol have been identified as pro-Trump supporters and Q-Anon followers.

There were reports that a podium was taken, people were running around the Senate chambers, and a rioter even posed at a dais as another sat at House Speaker Nancy Pelosi’s desk.

Ashli Babbitt, an Air Force veteran who owned a pool services store in San Diego, was shot and killed by a Capitol Police officer during the siege of the Capitol

As protesters were forcing their way toward the House Chamber where Members of Congress were sheltering in place, a sworn USCP employee discharged their service weapon, striking an adult female. Medical assistance was rendered immediately, and the female was transported to the hospital where she later succumbed to her injuries. She has been identified as Ashli Babbitt.

As per the USCP’s policy, the USCP employee has been placed on administrative leave and their police powers have been suspended pending the outcome of a joint Metropolitan Police Department (MPD) and USCP investigation.

The officer’s death was first reported by Nexstar Media Group reporter Alexandra Limon and The New York Times. The circumstances surrounding his death remain unclear. Nexstar Media Group, which owns several local news stations, reported he was struck in the head with a fire extinguisher and suffered a stroke. Sicknick, 42, was a New Jersey native.

“Officer Brian D. Sicknick was injured while engaging with protesters Wednesday and returned to his division office, where he collapsed,” NBC News reported.

After reports of the officer’s death circulated, Daily Beast reported that he had not died but that he was on a ventilator with a blood clot on the brain and “it did not look good.” According to Limon, he was kept on life support until his family could come to see him. However, then he did die.

The officer was struck in the head “by a rioter,” according to WGN. The name of the suspect, or their political affiliation, was not immediately clear. It was the second death to stem from the Capitol riots; a San Diego Trump supporter named Ashli Babbitt was shot and killed by a different Capitol Police officer while coming through a window into a lobby area where members of Congress sheltered after fleeing as the mob came into the Capitol. Three other people died of medical incidents.

According to the Capitol Police statement, Sicknick was responding to the riots on Wednesday, January 6, 2021, at the U.S. Capitol while on duty and was injured during a physical altercation with members of the mob of Trump supporters who stormed the building. “He returned to the division office and collapsed,” the department said. “He was taken to a local hospital where he succumbed to his injuries.”

The department wrote, specifically, that he “was injured while physically engaging with protesters.”

Although it has been reported Sicknick was hit on the head with a fire extinguisher, according to The New York Times it’s not yet clear what caused his death.

“It was not clear if the blunt force had killed him; a chemical agent may have led to his death,” The Times reported, citing a source.

The newspaper reported that the FBI is investigating the officer’s death “as a possible federal murder case.” According to the Capitol Police, Sicknick’s death will be investigated by the D.C. Metropolitan Police Department’s Homicide Branch, the U.S. Capitol Police and their federal partners.

Babbitt, pictured above, died after a Capitol Police officer, still not identified, shot and killed her as she came through a window into the House Speaker’s lobby.

Questions were raised after the mob got into the Capitol as to why Capitol Police were not better prepared and even milled around inside while rioters were occupying offices, running around the Senate floor, and so forth.

The chief, Steven Sund, announced he was going to reign after the union head criticized police response, saying officers were “frustrated and demoralized” by it, according to NBC news.

Former U.S. Capitol Police Chief Terrance Gainer told The Today Show that the Capitol Police response to the riots was a “failure” and “raises a lot of questions.”

“Clearly there’s failures,” he said. to the television station. “There has to be a lot of questions asked and answers given. What is very clear is the police underestimated the violent crowd and the size of it, and they overestimated their ability to control it.”