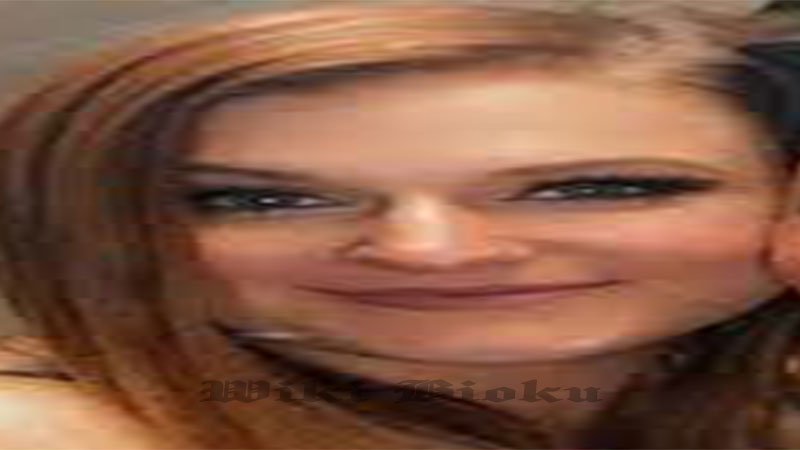 Brittanie Lynn Ritchie, who lovingly calls Hager, ‘Roe,’ was set to get married this year. Hager’s fiance said, “We were getting married October 16 — we had already gotten the venue and photographer and everything.” Reportedly, the duo was close-knit and their fans in the TikTok community knew about their relationship because they often posted about it on the social media platform.

The duo had reportedly met last June through a mutual friend and together let fans in on their loving relationship. Ritchie added, “We had a following on TikTok, and she was all about positivity and making people laugh. She was that kind of person. She was my son’s best friend.” Ritchie works in the mental health field and has two children Jensyn, 9, and Trestyn, 4, who both love Hager – the late TikToker was also teaching Jensyn how to cook. Heartbreakingly, Ritchie also revealed that the duo had talked about growing with a family before Hager had left to work on that fateful morning. “We had picked out a name the night before for a girl,” Ritchie said.

As per reports, it seems that Ritchie is posting TikTok drafts of her late fiance. A recent post on ‘Roe’s’ account sees the duo mouthing audio by BigBlizz. The caption reads, “Here’s a draft she had. I’ll be posting her drafts, thank you for all your support Roe loves you so much. #memory #fyp #rip #flyhigh #iloveyou.” On her own Tik Tok account, Ritchie paid tribute to Hager saying, “Thank you all so much for keeping her memory alive and reaching out. #fyp #resteasy #iloveyou #myangel #loml.” In another post, she added, “I can’t eat or sleep. All I can do is make videos and wish you were here with me :sob::broken_heart: @roeurboat3 #fyp #rip #myangel.”

Hager goes by the username @roeurboat3 on her social media platforms. Her profile boasts over 130,000 followers and 1.3 million likes. As per the New York Post, Ritchie revealed that Hager was 10 years sober and an addiction survivor. She said, “She was a huge advocate for addiction and she survived it and was clean for over 10 years. When she got through that, she went to culinary school in Florida. She was amazing.” She also revealed, “She [Hager] was executive chef at The Woodlands in Waterville and was chef at Amici’s Cucina before that.” She grew up in Florida and her parents reside in Pittsburgh, Pennsylvania, as per Ritchie who also revealed that Hager only moved to Maine in August.

In a phone interview, Benjamin Smith, The Woodlands’ director of operations, said that while Hager was only employed there for 60 days, “she did make such a huge impact on the lives of the residents she served. When you find someone like that, an employee that has that type of personality or aura, it makes a huge difference in the lives of the seniors we serve.” He added that Hager had an “infectious personality and lit up a room.” Speaking of Hager’s kindness Smith also spoke of an incident where Hager had gone “out of her way” and made a man of French descent living in the assisted living part of The Woodlands “homemade pea soup” – “That just made his whole day, month, year,” he said.

Mary Carpinito, owner of Amici’s Cucina restaurant in downtown Waterville also added, “She was one of our chefs. She was very nice, had a positive attitude, big smile always on her face. When I heard who it was, my heart just stopped. You just never know. She was such a sweet, sweet person.”

Rochelle Hager, a famous TikToker has died after a “freak accident” that had occurred in Maine. The 31-year- old was reportedly south on Knowlton Corner Road in Farmington on Monday, March 29 and a tree fell on her car. As per reports, Farmington police revealed that it was a pine tree branch that hit Hager’s 2015 Nissan Rogue during a wind storm. She was killed “instantly,” as per the New York Post. Hager’s fiance, Brittanie Lynn Ritchie revealed that “it happened really quick.” She added, “She has a phone mounted in her vent. I just heard a crash, and then there was nothing. She didn’t see the tree coming. It was instant.”

Ritchie, 28 was reported talking to Hager on a phone call when the accident occurred. As per Farmington police Chief Kenneth Charles, Hager was “pronounced dead at the scene near 833 Knowlton Corner Road.” The car had crossed the centerline after the “freak accident” and ended up on a northbound lane.

Ritchie’s video tributes allowed many fans to offer her their condolences as they got to see footage of the couple’s love story play out.

@roeurboat3
Here’s a draft she had. I’ll be posting her drafts, thank you for all your support Roe loves you so much. ##memory ##fyp ##rip ##flyhigh ##iloveyou