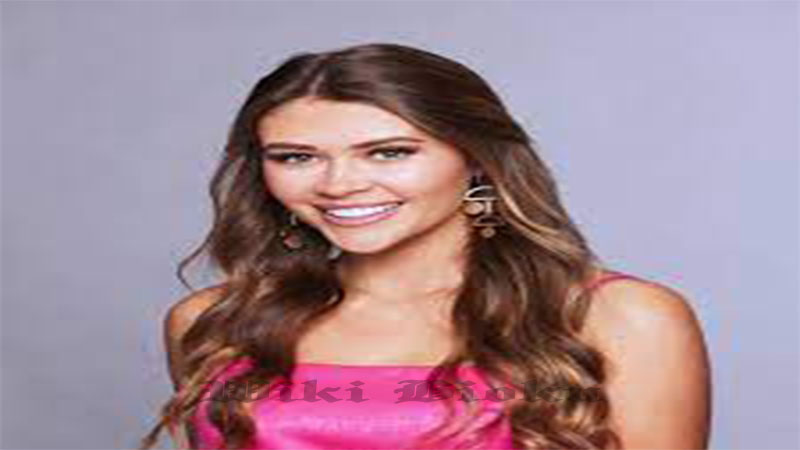 Caelynn Miller-Keyes is a Bachelor Nation star has taken to social media to plead for help in finding her missing brother. Caelynn Miller-Keyes revealed on Twitter and Instagram that Haydn Kamenicky was last seen the morning of November 10 near Fredericksburg, Virginia.

The Bachelor and Bachelor in Paradise alum is asking followers to reach out with any details. She did share her brother was last seen driving a 1998 red Dodge Durango.

After making it to the final four of Colton Underwood’s season of The Bachelor — where she even got to bring Underwood home to Fredricksburg for a date — Miller-Keyes made enough of an impression that she had a shot at leading her own show.

In an interview with E! Online, ABC executive Robert Mills revealed that five women were approached by the network about being the lead of The Bachelorette. There was Hannah Brown (the eventual season 15 lead), Tayshia Adams (the current season 16 lead), Hannah Godwin, Demi Burnett and finally Miller-Keyes.

While ABC went in another direction, there was still a happy conclusion to Miller-Keyes’ time in The Bachelor world. Instead of going on The Bachelorette, she was featured on Bachelor in Paradise, where she met Dean Unglert, a former contestant on season 13 of The Bachelorette.

The pair began dating on that season of Bachelor in Paradise and are still dating over a year since the season aired in summer 2019. In June 2020, the couple revealed to Chris Harrison that they’re not quite married, but they might as well be.

“Well listen, Chris, I don’t need the title of husband to show the world that I’m committed to one person,” Unglert told Harrison on an episode of The Bachelor: The Greatest Seasons – Ever! “So the fact that I’m wearing a ring is showing just that I’m committed to Caelynn and only Caelynn. I’ve been wearing for probably the last six or seven months. She wears her fun little ring as well. It isn’t like the traditional ring of marriage or engagement, but it’s our way of telling the world or the people that we’re around that we’re committed to each other.”

One of the most powerful moments of season 23 of The Bachelor came when Miller-Keyes revealed details of a harrowing experience in her past. During a one-on-one date with Underwood, Miller-Keyes told him that while she was a sophomore in college, a group of male students drugged her wine and raped her.

“I woke up the next morning and I was completely naked in my bed and I had no memory of the night before,” Miller-Keyes said on the date.

I had like a small vision of a guy in my bed and I just had this pit in my stomach like ‘Something really bad happened last night.’ My girlfriend called me and said ‘The three of us were all sexually assaulted.’

Her and my other girlfriend passed out at the party and two men came in and had sex with them in the same bed at the same time while they were incapacitated. My girlfriend who didn’t have the wine called me and told me that not only did a guy come over and have sex with me, another guy — I was passed out on a couch from the drugs — and he got his fraternity brothers around me and lifted up my dress and watched and laughed and took photos and Snapchats.

Miller-Keyes was widely praised by media and viewers for sharing her experience, Underwood was praised for listening and empathizing and ABC was praised for not exploiting the moment by overproducing it to add drama.

When Miller-Keyes was Miss North Carolina USA, she used her platform at the 2018 Miss USA pageant to advocate for sexual assault awareness.

Kamenicky is Miller-Keyes’ younger brother through her mother’s second marriage, reports O!HitS. After her parents, Jai-Leah Miller Kamenicky and Jerry Keyes split, her mother went on to marry John Kamenicky. John is the man Bachelor Nation fans met as Miller-Keyes’ father during her hometown date.

They also share siblings, Arianna Miller-Keyes, Josh Kamenicky and Isabella Kamenicky, according to the Odawa Trails.

During Colton Underwood’s season of The Bachelor, Miller-Keyes took him to her hometown of Fredericksburg, Virginia to meet her family.

His siblings also attended the Fredericksburg-based high school. On her Linkedin, Miller-Keyes wrote, “I was enrolled in all Honors, Advanced Placement, and Dual Enrollment courses. I was involved in Young Life, Key Club, SADD, and National Honor Society all four years.”

Their brother, Josh, also attended the school. On his personal website, he reveals he participated in track for four years.

In a series of tweets and (since-deleted) posts on Instagram, Miller-Keyes asked people to keep a lookout for Kamenicky and his 1998 Dodge Durango.

Kamenicky is Miller-Keyes’ stepbrother, according to the website Ok! Here is the Situation. Miller-Keyes is asking anybody with information to call Fredericksburg police (540-658-4450).

My brother is missing and we need help finding him. He was last seen yesterday morning in Fredericksburg, VA. Please contact me or the Fredericksburg police, 540-658-4450 if you know anything. pic.twitter.com/5VIN0Kxuom

Haydn Kamenicky was last seen the morning of November 10 near Fredericksburg, Virginia.

Fans and followers of the star are sharing their prayers for his return and noting they will be on the lookout. One tweet, by Diana Via, read “I live in this area and will keep an eye out. I will also share to my personal Facebook page. Praying for you and your family.”

Miller-Keyes says information should be sent to the Fredericksburg police at 540-658-4450.

As Miller-Keyes shared on social media, Kamenicky was last seen in the area. According to Anjanette Greenlaw, who identified him as her nephew, he was last seen around 1 to 2 p.m. in Canon Ridge, Virginia.