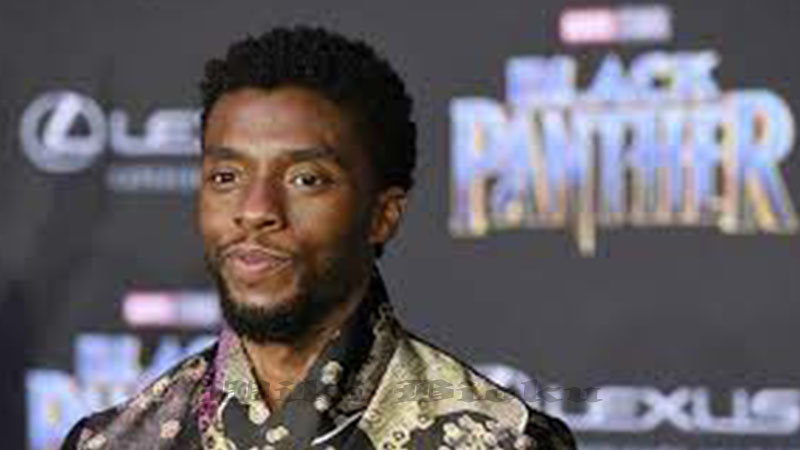 Chadwick Boseman, Hollywood famous for his roles as T’Challa in the Marvel blockbuster “Black Panther” and Jackie Robinson in the film “42,” died following a four-year battle with colon cancer.

In 2014, he took on legendary soul singer James Brown in “Get on Up.” But Boseman was best known for his role as T’Challa, the Black Panther, in the Marvel Cinematic Universe. He played the character four times, including in the 2018 film of the same name, a box office bonanza that grossed more than $700 million in the U.S. and Canada.

While in high school, Boseman wrote a play that he also staged about the death of his basketball teammate from gun violence, which was one of his first forays into the arts, Variety reported. After graduation, Boseman attended Washington, D.C.’s Howard University, one of American’s HBCUs (historically black colleges & universities), according to Biography.com. He would graduate with a bachelor’s in directing and later emphasize how much the university influenced his ability to play any role with confidence:

At Howard, with the press to focus on August Wilson, Rob Penny, Susan Lloyd Parks — a myriad of Back playwrights and writers who essentially are writing the African American/African experience — they are writing what you are actually going to be doing. Because I’m going to be playing Black characters. Even if the character was written to be white and I end up playing it, I’m still Black.

A native of Anderson, S.C., Boseman studied at Howard University, graduating with a degree in directing from the Washington, D.C., school. He continued on to the British American Drama Academy, a school of acting in London.

Boseman returned to Howard in 2018 to deliver the university’s commencement speech, where he also received an honorary Doctor of Humane Letters degree, The Undefeated reported.

According to his former coach, Wayne Jones, Boseman played varsity basketball alongside running cross country, studying drama, and participating in speech and debate. “I don’t know of anyone that didn’t speak highly of him because he was a quality guy,” Jones told the station. “I thought he had a lot of potentials. Had a great attitude, the type of person and character that you would want on your team.”

Chadwick Boseman has died at the age of 43 years.

A local news station from Boseman’s hometown of Anderson, WSPA-7, described how Boseman – despite being famous for playing a revered baseball figure – was an excellent basketball player.

Boseman graduated from T.L. Hannah High School in 1995. Even after that, Boseman’s love for the game didn’t seem like it ever faded: “At age 31, he still plays pick-up games,” IMDb reported in its trivia section. Boseman was also often seen on the sidelines at dunk contests and remained a fan of the sport, attending the 2015 NBA All-Star Game, What’s The 411 reported.

Boseman’s earlier career included a lot of plays. Biography.com reported that Boseman performed “Breathe,” “Romeo and Juliet” and “Bootleg Blues.” Boseman won an AUDELCO according to Our Time Press, for his role in a 2002 production by the New Federal Theatre called Urban Transitions: Loose Blossoms. The work, produced by Ron Milner and directed by Woodie King, focused on a father and son, one a police officer who injures himself while off duty and the other who becomes a drug dealer to support them both.

Boseman played E.J., the teenage son facing a moral dilemma forced by his father’s circumstances. Of Boseman’s performance, King told Our Time Press, “I knew and felt that he was just a brilliant artist. He was astute. He came out of Howard University, so he picked up on things quickly. He was very knowledgeable and just easy to work with.”

Throughout his career, Boseman has played his share of iconic characters, according to his filmography on the International Movie Database. In addition to those characters mentioned above, he also played musician James Brown in the 2014 movie “Get On Up” and Supreme Court Justice Thurgood Marshall in the 2017 movie, “Marshall.”

Boseman’s earlier career included a lot of plays. Biography.com reported that Boseman performed “Breathe,” “Romeo and Juliet” and “Bootleg Blues.” Boseman won an AUDELCO according to Our Time Press, for his role in a 2002 production by the New Federal Theatre called Urban Transitions: Loose Blossoms. The work, produced by Ron Milner and directed by Woodie King, focused on a father and son, one a police officer who injures himself while off duty and the other who becomes a drug dealer to support them both.

Boseman played E.J., the teenage son facing a moral dilemma forced by his father’s circumstances. Of Boseman’s performance, King told Our Time Press, “I knew and felt that he was just a brilliant artist. He was astute. He came out of Howard University, so he picked up on things quickly. He was very knowledgeable and just easy to work with.”

At the 47th American Film Institute Life Achievement Awards, Boseman recognized Washington’s generosity gift and delivered a tribute in which he said, “there is no BLACK PANTHER without Denzel Washington … My whole cast, that generation, stands on your shoulders.”

I know personally that your generosity has extended past what you have given on the stage and on screen. Many of you already know the story. When Washington was asked by Phylicia Rashad to join him in assisting nine theater students from Howard University who had been accepted into a summer acting program at the British Academy of Dramatic Acting in Oxford. He gracefully and privately agreed to contribute, As fate would have it, I was one of the students that he paid for.

Imagine receiving a letter that your tuition for that summer was paid for and that your benefactor was none other than one of the dopest actors on the planet … An offering from a sage and a king is more than silver and gold, it is a seed of hope, a bud of faith. There is no Black Panther without Denzel Washington. And not just because of me. My whole cast, that generation, stands on your shoulders

The daily battles won, a thousand territories gained, the many sacrifices you made on film sets for your career. The things you refused to compromise along the way laid the blueprints for us to follow. SO now, let him who has watered, be watered. Let him who has given, be given to. It is an honor to now know you, to learn from you, and join in this work with you. May God bless you exceedingly and abundantly more for what’s in store than he ever has before. God bless you.

Boseman left behind his wife, Taylor Simone Ledward, who was at his side when he died, the statement says.

Chadwick Boseman Was a Cultural Icon

Bob Iger, the chairman of Disney, said of Boseman’s role as the titular Black Panther, “He brought enormous strength, dignity, and depth to his groundbreaking role of Black Panther; shattering myths and stereotypes, becoming a long-awaited hero to millions around the world,” according to The Hollywood Reporter.

Boseman used his iconic role not only to inspire others but also to raise awareness about the gifts that more representation on screen could deliver, such as during his 2019 Screen Actors Guild Awards speech:

In the movie, Boseman said, “You might say that this African nation is fantasy. But to have the opportunity to pull from real ideas, real places, and real African concepts, and put it inside of this idea of Wakanda – that’s a great opportunity to develop what a sense of identity is, especially when you’re disconnected from it,” IMDb reported.

In an interview with Entertainment Weekly, Marvel Studios President Kevin Feige had said that a Black Panther 2 was certain, although now, the future of the franchise is unclear.

Hollywood‘s 43-year-old Chadwick Boseman, famous for his roles as T’Challa in the Marvel blockbuster “Black Panther” and Jackie Robinson in the film “42,” died following a four-year battle with colon cancer.

The news, originally reported by the Associated Press, was confirmed by tweet on the actor’s Twitter account. The account featured a heartfelt statement, describing Boseman as a “true fighter” and calling his role as Black Panther “the honor of his career”:

Chadwick Boseman, the intense, dynamic actor who starred in the smash hit “Black Panther” and portrayed legendary Black figures on screen including Jackie Robinson, James Brown and Thurgood Marshall, died Friday after a four-year battle with colon cancer. He was 43.

Boseman’s wife and family were at his side when he died, said a statement published to his social media accounts.

Boseman had faced his battle with colon cancer for nearly four years, and his diagnosis came after he first appeared as T’Challa/Black Panther in “Captain America: Civil War,” The Wrap reported. The statement by Boseman revealed that he had been undergoing “countless surgeries and chemotherapy,” at times with noticeable weight loss.

In a statement to The Hollywood Reporter, Boseman’s “benefactor” – Denzel Washington – said, “He was a gentle soul and a brilliant artist who will stay with us for eternity through his iconic performances over his short yet illustrious career. God bless Chadwick Boseman.”

THANK YOU @chadwickboseman for all you gave us. We needed it & will always cherish it! A talented & giving artist & brother who will be sorely missed🙏🏿 RIP

Many actors, actresses, writers and producers have mourned Boseman’s loss, including producer-director Ava DuVernay, who wrote, “May you have a beautiful return, King. We will miss you so.”

Here’s to an incredible man with immeasurable talent, who leaned into life regardless of his personal battles. You never truly know what the people around you might be going through – treat them with kindness and cherish every minute you have together. RIP #ChadwickBoseman pic.twitter.com/NaNC5GKuut

This is a crushing blow.

Feige’s statement was reported in Variety:

Chadwick’s passing is absolutely devastating. He was our T’Challa, our Black Panther, and our dear friend. Each time he stepped on set, he radiated charisma and joy, and each time he appeared on screen, he created something truly indelible. He embodied a lot of amazing people in his work, and nobody was better at bringing great men to life. He was as smart and kind and powerful and strong as any person he portrayed. Now he takes his place alongside them as an icon for the ages. The Marvel Studios family deeply mourns his loss, and we are grieving tonight with his family.

“The true power of @ChadwickBoseman was bigger than anything we saw on screen. From the Black Panther to Jackie Robinson, he inspired generations and showed them they can be anything they want — even super heroes. Jill and I are praying for his loved ones at this difficult time,” Biden tweeted.