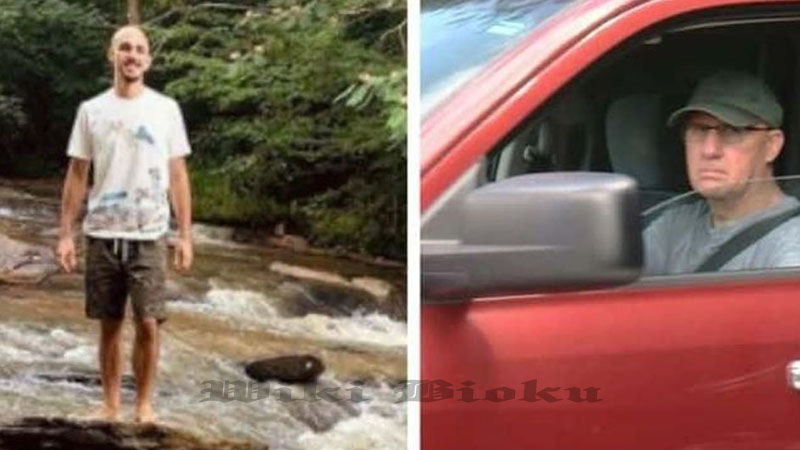 Christopher Laundrie is the father of Brian Laundrie and his mother Roberta, who were accused by John Walsh, the former presenter of America’s Most Wanted, of possibly trying to buy time for his son to escape the reach of the police in the disappearance of Gabby Petito. But researchers haven’t released any evidence that the parents were involved in a cover-up.

Laundrie’s father, Christopher Laundrie, and his mother is Roberta Laundrie, 55, according to Fox News. They live in North Port, Florida.

The FBI and police are searching for Laundrie, 23, who is wanted in the death and disappearance of his 22-year-old fiancee. Petito was reportedly missing 10 days after Laundrie returned home alone from a trip across the country. Petito’s body was found on Sunday, September 19, 2021, in Grand Teton National Park in Wyoming. Laundrie’s parents have not been charged in connection with the case.

Some postcards that Gabby sent out to Cassie Laundrie’s children. This tells so much about her character💗#GABBYPETITO pic.twitter.com/Oo7awVDS3x

Brian Laundrie’s sister, Cassandra Laundrie, 32, spoke to Good Morning America on Friday, September 17, 2021, when the search for Petito was ongoing. Cassie Laundrie said Petito was “like a sister” and that her children loved her.

“All I want for her is for her to come home safely, and for this to be a huge misunderstanding,” Cassie Laundrie told GMA.

She said that she was cooperating with the investigation and that she wished she had more information to give to authorities.

“Whenever they fight they take a little break and come back and get well because that’s what you do as a couple,” she said.

Run a Business of Juicer Services

Public records show that Christopher and Roberta Laundrie have been running their own business, Juicer Services, for more than four years. The Florida Business Directory lists Roberta Marie Laundrie as a registered agent for the business.

“The couple run the business from their home, which is a 10,000-square-foot property. The dates would indicate that the laundries likely moved to Florida in 2017 as part of their business plan for their company, ”reported Fox News.

A website with a URL that matches the company name was suspended.

Police Came to Question Him

Former host of “America’s Most Wanted,” John Walsh, shares his theory of the Gabby Petito case, as the coroner rules her death a homicide in preliminary findings and the FBI seeks help from the the public in the search for her missing fiance. pic.twitter.com/Uv8lhfiZXP

Walsh spoke to CNN on Tuesday, Sept. 21, 2021, and asked if Laundrie was actually at his parents’ home in Florida when police showed up at the home to question him. Investigators went to the house on Tuesday, September 14, 2021, when Petito was still a missing person. His parents said the same day that Laundrie disappeared after going to a nature reserve.

“Has anyone seen any confirmation that she was in that house?” Walsh said on CNN.

“All this time, the FBI and North Port police have been telling” Laundrie’s parents and his attorney “that he is in the house,” he added.

He said the missing lead at Laundrie in the nature preserve may have been a “red herring” and a “ruse” to allow Laundrie time to escape.

BREAKING NEWS TODAY. Brian’s neighbors spill the tea. Brian came back with the van on the 1st, a week later his parents took him on a 3 day “camping trip”. They probably dropped him off somewhere. He is definitely not in that reserve. #BrianLaundrie #GabbyPetito pic.twitter.com/zFMzCVs9ja

The Daily Mail, which reported Laundrie’s father leaving the house to buy milk, described Laundrie’s parents’ home in North Port, Florida, as “a kind of media circus.” The Daily Mail detailed Christopher Laundrie’s first departure from his home, saying that he left at 3 p.m. Tuesday, Sept. 21, 2021, in his Dodge Ram in a black shirt and khaki shorts, then returned with a half-gallon of milk 20 minutes later.

The article said that he refused to answer questions about his son.

This is my street. Those cars are media camped out in front of the house where Brian Laundrie’s parents live. And where Gabby’s van was recovered. pic.twitter.com/Be8wOpISPx

The FBI executed a search warrant on Laundrie’s home and silver Ford Mustang on Monday, September 21, 2021, after Brian Laundrie was reported missing.

The Daily Mail reported on the raid from the scene, writing:

Dailymail.com was up close to the action, just feet away as the FBI swooped on the single-story house – with shouts of ‘search warrant, search warrant’ clearly heard and the area declared a crime scene.

An FBI team in tactical gear – carrying a battering ram, a blast shield, and with weapons drawn – lined up along the wall close to the front door.

Seconds later other agents swiftly led Laundrie’s parents Christopher Laundrie, 62, and wife Roberta, 55, out of the home and into a waiting black Dodge Caravan minivan.

The FBI team outside then swarmed into the house, followed by other agents, some wielding rifles while other agents checked outside areas.

At one point, it appeared they might be looking for Laundrie. Five agents – one with a blast shield – surrounded lid-topped storage before the lid was carefully lifted and an agent deliberately pointed his pistol down inside.

After 10 minutes the Laundries were allowed back in their home, looking solemn and with their heads down. They were not handcuffed.

Released a Statement After Petito’s Body Was Found

The search for Brian Laundrie continues Sunday morning in the Carlton Reserve. A team of more than 50 looking for anything of note after his parents say this is where he went. We continue to corroborate all info in the search for him and Gabby. 1-800-CALL-FBI. pic.twitter.com/20nt70mezz

Steven Bertolino, Christopher and Roberta Laundrie’s attorney, issued a brief statement after a body was found that matched Petito’s description, according to FOX News.

“The news of Gabby Petito is heartbreaking. Laundrie’s family prays for Gabby and her family, ”the statement said.

Florida Governor Ron DeSantis ordered all state agencies to assist in the search for Laundrie on Tuesday, September 21, 2021, he wrote in a statement on Twitter.

“I have directed all state agencies under my purview to continue assisting local and federal law enforcement as they continue their search; we need justice for Gabby Petito, ”DeSantis wrote.

At the request of @NorthPortPolice, @MyFWC law enforcement has been assisting in the search for Brian Laundrie. I have directed all state agencies under my purview to continue to assist federal & local law enforcement as they continue to search – we need justice for Gabby Petito.