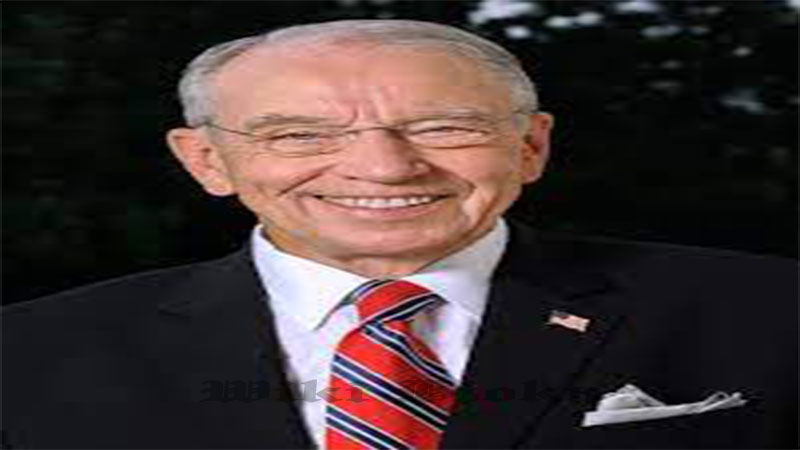 Chuck Grassley is an American politician serving as the president pro tempore of the United States Senate, and the senior United States senator from Iowa. He is in his seventh term in the Senate, having first been elected in 1980.

Grassley is also known for his widely reported and long-running “feud” with the History Channel over its perceived lack of actual history programming.

A member of the Republican Party, Grassley served eight terms in the Iowa House of Representatives (1959–1975) and three terms in the United States House of Representatives (1975–1981). He has served three stints as Senate Finance Committee chairman during periods of Republican Senate majority. When Orrin Hatch’s Senate term ended on January 3, 2019, Grassley became the most senior Republican in the Senate. He was elected president pro tempore of the Senate for the 116th United States Congress, making him third in the presidential line of succession after the vice president and speaker of the House.

Grassley was born in New Hartford, Iowa, the son of Ruth and Louis Arthur Grassley, and raised on a farm. He graduated from the town high school. At Iowa State Teachers College (now the University of Northern Iowa), he earned a B.A. in 1955 and an M.A. in political science in 1956. During his time as a student, Grassley joined the social-professional Alpha Gamma Rho fraternity. Also during the 1950s, Grassley farmed and worked in factories in Iowa, first as a sheet metal shearer and then as an assembly line worker. He pursued a Ph.D. in political science at the University of Iowa, but ultimately did not complete the degree. From 1967 to 1968, Grassley taught at Charles City College.

Chuck Grassley, the longest-serving Republican in the upper chamber, said he would remain in quarantine.

The 87-year-old Iowan’s illness caused him to skip a vote in the Senate on Tuesday for the first time in 27 years.

Mr Grassley is the sixth US senator known to have contracted the disease. The other five all recovered.

Coronavirus is surging in the US where it has infected more than 11 million Americans and killed nearly 250,000. The country saw almost 150,000 new cases on Tuesday alone, according to the Covid Tracking Project.

“This morning, I learned that I had been exposed to the coronavirus,” Mr Grassley said in a statement.

“I received a COVID-19 test and immediately began to quarantine.

“While I still feel fine, the test came back positive for the coronavirus. I am continuing to follow my doctors’ orders and CDC [Centers for Disease Control and Prevention] guidelines.”

Mr Grassley – first elected to the Senate in 1980 – was last in the chamber on Monday.

In his role as president pro tempore of the Senate, Mr Grassley is behind only the House of Representatives speaker Nancy Pelosi and US Vice-President Mike Pence in the order of succession to the US presidency.

On Tuesday, a top Democratic Senator, Dianne Feinstein, also 87, was spotted walking around the Capitol corridors without a mask. The Californian has previously called for congressional coronavirus aid to be made conditional on states having mask mandates in place.

Last week, Alaska congressman Don Young, who is also 87, tested positive for Covid-19. Mr Young, a Republican who is currently the longest-serving member of the House, said he was working from home in Alaska.