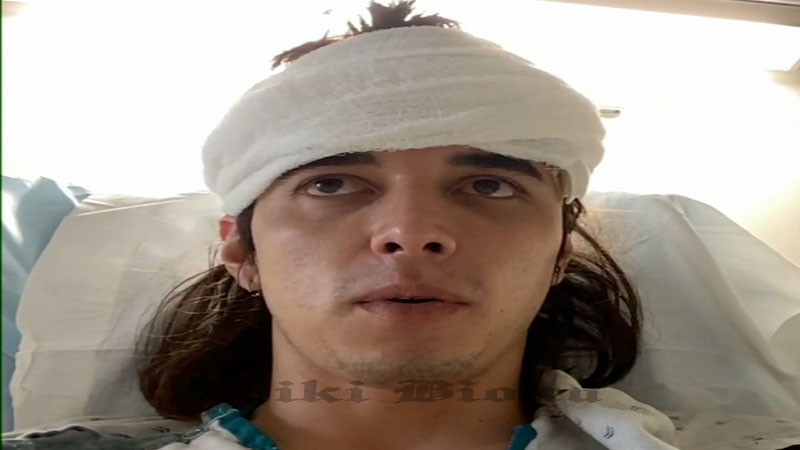 A Marine Corps CJ Montano veteran was seriously injured and bleeding from the brain after police shot him in the head with a rubber bullet during a George Floyd demonstration.

Montano said it was the first demonstration against Floyd, who was killed by police in Minneapolis on Remembrance Day, and started peacefully, but became violent when the protesters started throwing objects at the police. “We were sitting at the intersections, changing peacefully, many of us sitting,” he told Fox News.

“ When we got to a certain point in Beverly, the police started to show up with riot gear, channel people in certain directions and throw their 40mm rubber bullets … and that kind of thing of crowd dispersal. Then from there, things started to get better. ”

“They shot me in the hops, in the stomach at the same time and I fell. They also shot the gentleman next to me. And we get up, we raise our hands. After a few minutes, they pulled me in the ribs, and then we moved to the side behind the plate so that I could catch my breath, ” continued Montano. He said he then went to the middle of the street, hands raised, when he was hit in the head by another rubber bullet. “I am taking blood thinners for a different disease. So I started to leak a lot of blood from my head,” he said.

His age is under review.

Montano said that a protester he had never met before took him to the Cedars-Sinai medical center. “They had to put seven stables on my head because my head was visible from the front. And after that, they did a scan of my head and my brain was bleeding. “Montano was hospitalized for two nights before being released.

He said he should now temporarily use a cane to move around and take anti-epileptic drugs. Despite the terrible ordeal, Montano said he still plans to join other protests because he is “tired of seeing racial inequality and injustice”. I don’t want to, ”he said. I do not want violence on either side. But I think the more people there are, the louder the voice. “