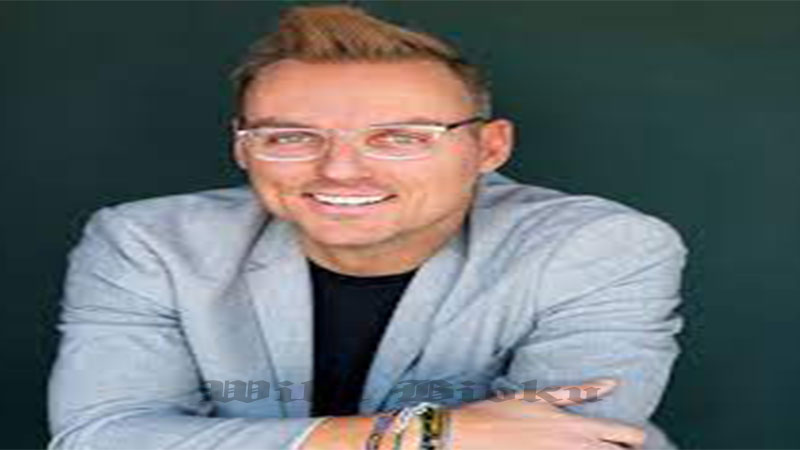 Collin Kartchner, the founder of the Utah-based activist group Save the Kids, died. Kartchner’s wife Elizabeth confirmed his death in an Instagram post.

His wife also added to her bio the link to a GoFundMe page set up to help the family with funeral expenses. On the page, she wrote in an update, “Collin was an entrepreneur… and he went 100% to provide for his family (his whole world)…He worked so hard to save the kids (and the parents)… he was too busy fighting Snapchat (the devil) and TikTok (the big and spacious building) to think about life insurance.”

Up until three years ago, Kartchner used his Instagram account to post funny videos and satirical content, but his life changed direction in January 2018 after a young girl died of a drug overdose, the Salt Lake Tribune reported. The young girl, Whitney, was the daughter of a former colleague of Kartchner’s wife and Whitney’s mother said her drug use stemmed from social media bullying she’d endured as a young girl.

Kartchner shared the story to his account and said, according to the outlet, “I don’t even know what to say, other than this is a much, much, much, much bigger ideal than I ever imagined, and we’ve got to do something.” He raised money to put up billboards around Utah with messages like “You are beautiful” and “You are loved” and the Save the Kids campaign was born. His website states:

Collin started a nationwide movement called #SavetheKids and has been on a crusade to help people both young and old to rise above the negative effects of social media & screen-addiction, while showing the world how to use it for doing good. … Now he’s on a crusade to save teens from social media’s potential destruction to their self-esteem and mental health, and empowering parents to reconnect with their kids.

In September 2018, Kartchner gave a TED talk in Salt Lake City, available above, about screen and social media addiction and how it affects children. When news of Kartchner’s death broke online, Utah Attorney General Sean Reyes posted to Twitter, “I’m devastated. Collin was a great partner and warrior in the fight to protect our children and youth. His energy, enthusiasm and incredible ability to positively impact young minds will be missed tremendously. Our deepest sympathies go out to his family.”

A Save the Kids spokesperson told the Salt Lake Tribune thatx Kartchner was born on July 29, 1980, in Arizona. His family moved from Arizona to Utah while he was in high school.

Kartchner attended Brigham Young University after high school, according to the Utah Valley Magazine, which named Kartchner to its “40 Under 40” list in 2018. In his interview, he stated that he was a physiology major but his “college grades weren’t that great because I was working full time while going to school.” He said his advice to give others was that “You don’t have to hit the lottery before becoming a ‘philanthropist’ or ‘activist.’ Start young; make it part of your life forever.”

His ultimate vision, Kartchner said, was to “give a voice to people who don’t have one.”

Collin Kartchner has died at the age of 40years-old.

Kartchner is survived by his wife Elizabeth and their four children, the fundraiser states.

His future wife Elizabeth was actually his high school sweetheart, the spokesperson said. An old article on Elizabeth’s blog written by Kartchner states that they met in his sophomore year.

He wrote, “I was standing in the commons with friends. … Suddenly, the door swung open, and in walked this drop dead gorgeous freshman. She had massive bangs, a HUGE smile that looked like Chicklets, and knobby knees that sent chills from my head all the way down to my Doc Marten sandals.” The couple married in 2002, according to a post on her blog on their 8-year wedding anniversary.

Collin Kartchner, the founder of the Utah-based activist group Save the Kids, died on October 20 at the age of 40. Kartchner’s wife Elizabeth confirmed his death in an Instagram post and said his cause of death is still unknown at this time. Her post reads: “My whole world is gone. There is no god. We’ve never known such pain. He peacefully passed away unexpectedly due to natural causes in his beautiful body that we are unclear of yet.”