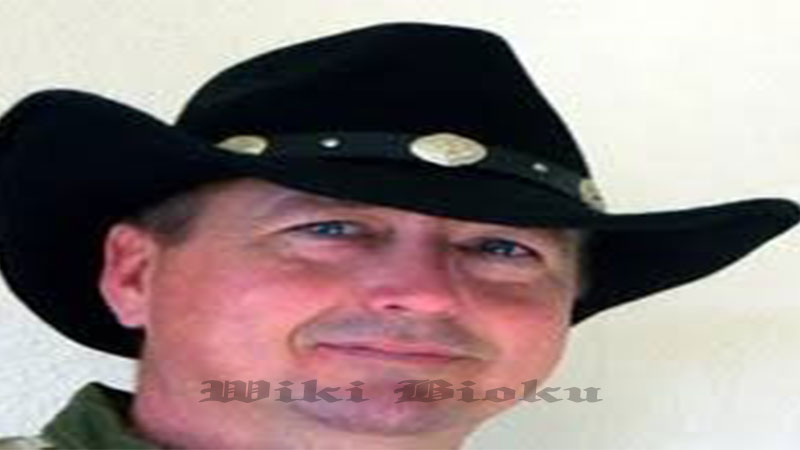 Corey Hannon On July 3, shared his vacation packing list on Facebook, which included body glitter, booty shorts, and new speedos. “All ready to get the f*** out of the city to Fired Island to celebrate the f***ed up thing we call America.”

Video from the beaches at Fire Island, New York went viral on Twitter for being packed over the holiday weekend, with little sign of social distancing or masks. Despite COVID-19 coronavirus numbers spiking across the nation, the popular vacation spot located off the southern shore of Long Island, about 60 miles east of New York City, which was once America’s main hot spot of COVID-19, was crowded with beach-goers.

On July 4, Hannon started to once again feel sick. He wrote on Facebook, “F*** you, Miss Rona. I thought I was cured,” with 7 crying face emojis.”

While Twitter users shamed everyone visiting Fire Island without a mask over Independence Day Weekend, one man, in particular, was singled out, Corey Hannon, who hit the beach while he said he was knowingly infected with COVID-19. Hannon wrote in a since-deleted Instagram story, “I wanna Kiki but my body says, nope not yet… thought the COVID was gone.”

The 27-year-old former flight attendant and Equinox trainer from New York detailed his battle with coronavirus on his Facebook page leading up to his trip to Fire Island. On June 30, he wrote, “Random as hell but feeling grateful! 11:18 p.m. Day 7 and my body has decided it is done with COVID-19. Praying I wake up tomorrow with this good feeling and it’s not just a tease.”

Sunday night, after he went viral on social media, Hannon posted on Facebook, “Here’s my apology, comments, and my story.” Despite earlier saying on Facebook he had COVID-19, he now says he never tested positive. He also posted his “timeline”:

Have a good night.

Hannon said in the 7-minute video, “I am sorry for the misinterpretation that I portrayed on my social media. I am sorry for the video that got posted to my story.” He said the video in which he wished everyone would get COVID was never supposed to be on his Instagram Story. He said it was sent to his friend as a bad attempt at humor. He said it was screen recorded and shared within 10 minutes of him posting it before he deleted it.

“I am terribly sorry that this has happened. I would never go out there and righteously infect people. I did what I thought was my part. I apologize that I went out maybe too early. Again I can’t make up for the poor choice I made. Again I am a human being, I made a mistake,” Hannon said in the Facebook video. “I am sincerely sorry for that.”

He said he and his physician assume he had COVID-19, but he hasn’t received his test results yet. Hannon said he talked to his doctor and was told not to go to the hospital or a doctor’s office because he could spread the virus unless he felt like he was “physically dying.” Hannon said the doctor told him to stay home for seven days, monitor his symptoms and take Tylenol, hydrate, and rest. He said he did exactly what he said, only leaving his house with a mask and gloves on once to buy supplies from a Duane Reade pharmacy.

“I hunkered down,” Hannon said. He left his house on Friday, July 3, and got a spray tan in New Jersey while wearing a mask and gloves. He also got tested for COVID-19 on June 30, seven days after his symptoms were gone, but the doctor told him he wouldn’t receive the test for about seven additional days.

“I would never maliciously go out and infect people,” Hannon said. “I am not a murderer. I’m not a bad person. I’ve made a lot of mistakes in my life and I think I’ve paid the price for them. I apologize if you think I’m a bad person because of this.”

Not this grown ass man having a meltdown because people are calling him out for being on a beach in Fire Island with COVID talmbout “I sat in my room and suffered for 8 days and now I’m celebrating” LMFAOOO WORMS FOR BRAINS pic.twitter.com/UVgMJ0Qsee

In his video on Facebook on Sunday, Hannon blasted those who have harassed him.

“This cancel culture we have created has got to end,” Hannon said. “The messages I’m getting, the death threats, waking up with reporters outside my house. Being followed, being booed off a train last night, it’s not OK. We can’t tell people to go kill themselves and I’m lucky that I’m very strong and I have an amazing mother that helps me through all this and I can be strong and not go and take my life like some of you have wished on me.”

Hannon previously spoke out about the protests in New York City, writing on May 31, “While racism is never okay and I do not condone it what so ever, seeing NYC board up stores and barricade our streets is not okay. Violence is never the answer. Shame on those inflicting violence on the streets. Please be safe everyone. We are living in a very scary world.”

On July 5, PJ McAteer, the managing director of the Fire Island Pines Commercial District released a statement on the videos being shown from his area over the holiday weekend, and in particular, condemning Hannon’s behavior.

McAteer wrote, “I want to single out the videos posted by Corey Hannon. Never have we been so sickened by the actions of one person. We want to make a clear statement that Mr. Hannon is no longer welcome at any bar and restaurant in Fire Island Pines.”

Hannon said on Facebook, “whether you want to tell me I’m canceled or not,” he said he plans to continue to be strong. He said some have told him he is not welcome in the gay community. “I didn’t know this was something we had VIP cards for,” he said. “Again, I’m sorry I made a mistake. I’m sorry that I potentially went out and infected people without knowing. I did do my part, I sat on a towel by myself far away from everybody. I had a mask on the entire time. I could have stayed home, and I apologize I went out too soon.”

NYC Is Preparing to Enter Phase 3

Unlike other major cities across America, such as Miami, Los Angeles, and Houston, New York City has seen improvement in their coronavirus numbers over the past few weeks, and is preparing for Phase 3 of re-opening businesses and restaurants.

For New York locals seeing the videos coming out of Fire Island, and also learning about Hannon, who visited the crowded beach while infected with COVID-19, they expressed their worries and frustration on Twitter that the numbers would spike again following the holiday weekend.

One man tweeted, “If you went to Fire Island this weekend do us all in NYC/Long Island a favor and extend your Fire Island stay for an extra two weeks. Stay where you are. Parties are fun, but this shit was f***ing stupid. Quarantine your ass as our lives depend on it.”