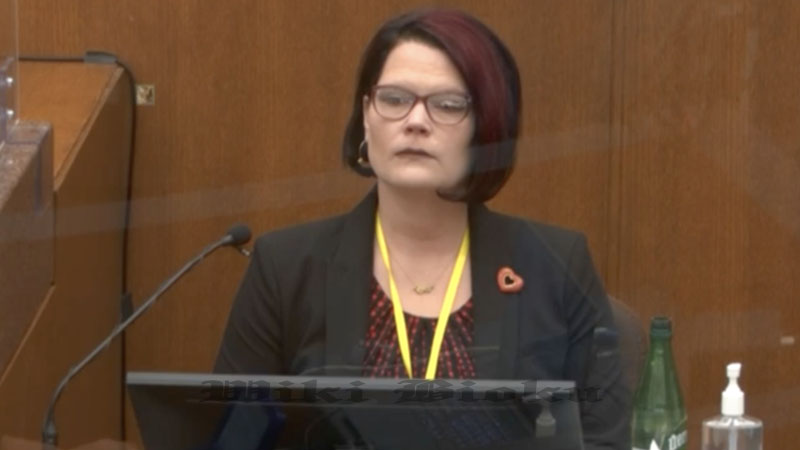 Courtney Ross is the girlfriend of George Floyd, On day four of the trial of Derek Chauvin, the prosecution called to the stand Geroge Floyd’s girlfriend Courtney Ross. Weeping throughout her testimony, Ross recounted her relationship with Floyd. Ross’s testimony has slowly begun making its way to the internet, with people divided over her statements.

An emotional Ross recounts her relationship with Floyd, crying at the witness box during her testimony.

Ross is currently the manager of Coffee Shop Northeast at 2852A Johnson Street in Minneapolis. She’s worked with the store for 22 years and lived in the area for most of her life. She met Floyd in 2017 at the Salvation Army’s Harbor Light Center, where Floyd was working as a security guard. Ross said, “In August 2017 I had gotten off work one night and went to go visit my son’s father who was staying at Harbor Lights the Salvation Army shelter.” While she was waiting in the lobby, Floyd approached her and said, “sis, you okay, sis?” When Ross replied she wasn’t, he said, “well can I pray with you?”

Ross reportedly has two children, one who is 12 and another who is 20 from her previous relationship. Her elder son reportedly works at the coffee shop with her. Ross and Floyd temporarily separated in early 2020, before coming back together in March.

Since his death, Ross has been unable to work and has isolated herself from the community. Speaking to Northeaster Newspaper in November 2020, she said, “My entire community has supported me mentally, emotionally, psychologically, and even financially. In all honesty, I do not know how I would have gotten by the past six months without them.” reportedly, the community has been sending the family food, cards, and other items to help them get by. She returned at some point to the coffee shop to work part-time, though she did not detail the timeline.

During her testimony, Ross accepted that she and Floyd consumed drugs. She said that Floyd had purchased pills in March 2020 that she did not recognize. She also said that Floyd has been hospitalized twice in the past, due to the pills.

Not much else is known about Ross at this time. We will update this story when we have more information.

During cross-examination, the defense questioned Ross over her and Floyd’s use of opioids. The defense is attempting to argue that Floyd died due to a drug overdose and not the actions of Chauvin. Ross conceded that both of them were consuming a drug, but said that she did not recognize them as opioids.

Ross’s name has come up a few times since the arrest and killing of Floyd in Minneapolis. Here’s everything we know about her so far.