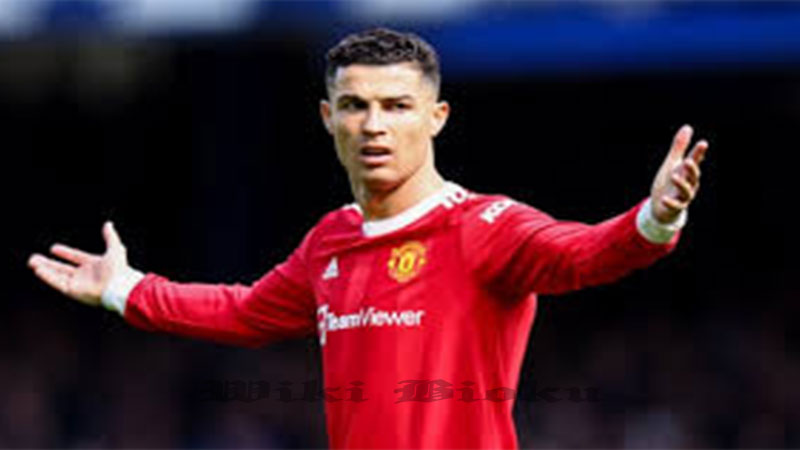 Cristiano Ronaldo is a professional soccer player who has set records while playing for the Manchester United, Real Madrid and Juventus clubs, as well as the Portuguese national team.

Cristiano Ronaldo dos Santos Aveiro is a Portuguese soccer superstar. By 2003 — when he was just 16 years old — Manchester United paid £12 million (over $14 million U.S. dollars) to sign him, a record fee for a player of his age.

In the 2004 FA Cup final, Ronaldo scored Manchester’s first three goals and helped them capture the championship. He set a franchise record for goals scored in 2008, before Real Madrid paid a record $131 million for his services the following year.

Among his many accomplishments, he has won a record-tying five Ballon d’Or awards for player of the year, and led Portugal to an emotional victory in the 2016 European Championship. In July 2018, Ronaldo embarked on a new phase of his career by signing with Italian Serie A club Juventus.

Ronaldo was born on February 5, 1985, in Funchal, Madeira, Portugal, a small island off the western coast of the country. Ronaldo is the youngest of four children born to Maria Dolores dos Santos and José Dinis Aveiro. He was named after Ronald Reagan, one of his father’s favorite actors.

By the time he was 10 years old, Ronaldo was already recognized as a phenomenon — a kid who ate, slept and drank soccer. “All he wanted to do as a boy was play football,” his godfather, Fernao Sousa, recalled for British reporters, adding, “He loved the game so much he’d miss meals or escape out of his bedroom window with a ball when he was supposed to be doing his homework.”

Ronaldo grew up in a largely working class neighborhood in a small tin-roofed home that overlooked the ocean. Ronaldo was introduced to the game of soccer through his dad, who worked as an equipment manager at a boy’s club.

His early life was shaped by hardship, as his father often drank too much. To help keep the children fed and maintain some financial stability, Ronaldo’s mother worked as a cook and cleaning person.

In 2005, when Ronaldo was playing for Manchester United, his father died from alcohol-related kidney problems; in 2007, his mother struggled with breast cancer. The former was especially hard for Ronaldo since he and his dad had been close.

The young athlete had often pushed for his father to enter rehab and address his drinking. His father, however, never accepted the offer.

By his early teens, Ronaldo’s talent and legend had grown considerably. After a stint with Nacional da liha da Madeira, he signed with Sporting Portugal in 2001.

In 2001, when Ronaldo was just 16 years old, Manchester United paid more than £12 million to sign him — a record fee for a player of his age.

Ronaldo had turned heads with a mesmerizing performance with Portugal against Manchester, wowing even his opponents with his footwork and deft skill. He made such an impression that a number of United players asked their manager to try and sign the young player, which the team soon did.

Ronaldo did not disappoint the soccer world: He showed his promise early on in the 2004 FA Cup final, scoring the team’s first three goals and helping them capture the championship. In 2007, Ronaldo signed a five-year, £31 million contract.

A year later, Ronaldo again justified his high salary when he put together one of the club’s finest seasons in history, setting a franchise record for goals scored (42), and earning himself the FIFA World Player of the Year honor for 2008. In all, Ronaldo helped steer Manchester United to three premier league titles.

In 2009, the Spanish soccer club Real Madrid agreed to pay Manchester United a record $131 million for the chance to sign Ronaldo. Ronaldo’s commitment to Manchester United had come under constant question, and speculation swirled that he wanted to play elsewhere, so nobody was all that surprised to see Ronaldo leave.

“I know that they are going to demand a lot of me to be successful at the club and I know that I’m going to have much more pressure than at Manchester United because I was there for many years,” Ronaldo told reporters. “But it means a new challenge and is going to help me be the best footballer.”

Ronaldo went on to compile an impressive list of individual honors and team trophies. In December 2016, he won his fourth Ballon d’Or award as the sport’s player of the year, beating out FC Barcelona’s Lionel Messi.

Ronaldo’s 2016 wins included the European Championship, Champions League and Club World Cup, plus individual awards from UEFA and France Football magazine. The following year, he claimed a fifth Ballon d’Or to tie the mark held by his longtime rival, Messi.

After dropping hints that his time with Real was coming to an end, Ronaldo confirmed the rumors in July 2018 by signing with Italian Serie A club Juventus, which paid a $140 million transfer fee to his old Spanish club.

Ronaldo paid tribute to Real fans in an open letter on the club’s website, writing: “These years at Real Madrid and in this city of Madrid have quite possibly been the happiest years of my life. I only have feelings of great gratitude to this club, to the fans and to the city. I can only give thanks to all of them for the love and affection that I have received.”

Ronaldo has four children. He first became a father to a son, Cristiano Jr., born on 17 June 2010 in the United States. He stated that he has full custody of the child and would not be publicly revealing the identity of the mother as per agreement with her. In January 2015, Ronaldo announced his five-year relationship with Russian model Irina Shayk had ended.

Ronaldo then became father to twins, daughter Eva and son Mateo, born on 8 June 2017 in the United States via surrogacy. He is in a relationship with Spanish Georgina Rodríguez, a former shop assistant, who gave birth to their daughter Alana Martina, on 12 November 2017.

The federation said Ronaldo was doing well and had no symptoms. It did not say when he tested positive. Ronaldo played in the 0-0 draw at France in the Nations League on Sunday, and also in the 0-0 draw against Spain in a friendly last week.

Ronaldo is in isolation and has been dropped from the country’s Nations League match against Sweden on Wednesday in Lisbon.

On Monday, the Juventus forward posted a photo on Twitter showing him and the rest of the Portugal squad having a meal together. The players were all close to each other at a table, with Ronaldo apparently taking the photo himself at the front end.

Along with the tweet, Ronaldo wrote, in Portuguese, “United on and off the field!”

The federation said Ronaldo’s result prompted another round of tests for the rest of the Portugal squad. It said everyone else in the team tested negative.

Tuesday’s practice session was moved from the morning to the afternoon so there was time for all the results to come back.

“We are the most tested people and we have the guarantee that everyone who will be traveling to France with us are negative,” Santos said before the match against France.

Portugal and France lead Group 3 with seven points each after three matches.

The Portuguese federation did not immediately release details about where Ronaldo was in isolation, or for how long he would stay there.

He could miss Juventus’ Serie A match at Crotone on Saturday and the team’s Champions League opener at Dynamo Kyiv next Tuesday. And depending on his condition and the results of future tests, he could also miss the much-anticipated match against Barcelona on Oct. 28.

Juventus had been in isolation following positive tests for two staff members with the club. There has been some controversy that Ronaldo and six other players were allowed to leave the isolated group and join their national teams.