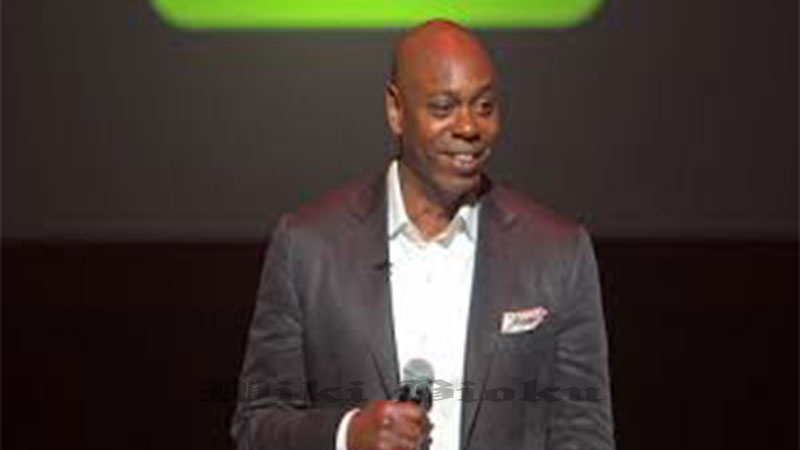 Dave Chappelle is a comedian whose Comedy Central program, ‘Chappelle’s Show,’ became a smash hit in the early 2000s. Dave Chappelle began pursuing a career in stand-up comedy in high school. He made his film debut in Robin Hood: Men In Tights in 1993 and starred in the stoner comedy Half Baked later in the decade. The comedian hit the big time in 2003 with the launch of Chappelle’s Show, before he abruptly walked away from the wildly popular program on the eve of its third season. Chappelle resumed touring as a stand-up comic in 2013 and later delivered a series of acclaimed specials for Netflix.

Comedian and actor David Chappelle’s parents were both professors: His father, William, taught at Antioch College in Yellow Springs, Ohio, and his mother, Yvonne, worked as a professor at Howard University and then the University of Maryland, while also serving as a Unitarian minister. Chappelle’s parents separated when Dave was 6 years old, and he subsequently began splitting time between his parents’ homes in Washington and Ohio.

Dave Chappelle decided to forgo college to start a stand-up career in New York City. By the early 1990s, he had begun earning accolades for his work in comedy. He made his film debut in Mel Brooks’ Robin Hood: Men in Tights (1993) and became the youngest comedian to be featured on the HBO special Comic Relief VI (1994).

Chappelle also began to make his way into television, scoring the first of the many TV deals he would eventually be offered at age 18. Of the pilots that he shot, only one made it to the air: Buddies, a Disney-produced ABC series focused on two friends living in New York City. Unfortunately for Chappelle, the series was canceled after just four episodes, but his celebrity continued to grow thereafter.

In 2003, Dave Chappelle landed his own show on the Comedy Central cable network, entitled Chappelle’s Show. Chappelle received three Emmy Award nominations for the wildly popular and controversial show, which frequently addressed race relations and featured musical guests. The provocative comedian not only gained the attention of popular TV personalities such as Oprah Winfrey and Inside the Actor’s Studio’s James Lipton, but he was also offered a massive TV deal from Comedy Central after only two seasons, a reported $50 million for an additional two-year contract.

Chappelle’s Show was about to begin its third season when Chappelle abruptly left during production in 2005. Unhappy with the direction the show had taken and pressured by network executives to change the tone of the comedic series, Chappelle left the United States to visit South Africa. Upon his return, he began living a more reclusive life, moving to Yellow Springs, Ohio, and making only a handful of public appearances. In 2006, he released the documentary Dave Chappelle’s Block Party—one of his last moments in the spotlight for several years.

Dave Chappelle addressed the death of George Floyd and the ongoing nationwide protests against police brutality in his surprise new special 8:46 dropped on Netflix’s comedy YouTube channel early Friday morning. The special, titled after the length of time Minneapolis police officer Derek Chauvin had his knee on Floyd’s neck, starts with Chappelle praising the people out in the streets protesting against police brutality and systemic racism.

The raw and powerful special was filmed in Beavercreek, Ohio in front of a socially distanced audience wearing masks on June 6. Chappelle noted that 8:46 will be among the first comedy specials to come out after the COVID-19 lockdowns were eased which meant that “like it or not, it’s going to be history.”Chappelle started by calling out CNN’s Don Lemon for his comments on celebrities and Hollywood staying silent about police brutality, suggesting that his life work was evidenced enough of how he supported these protests and he wouldn’t try to lead them just because he’s a celebrity. Riffing on his famous joke about MTV asking for Ja Rule’s thoughts in the aftermath of the terrorist attacks on 9/11, Chappelle said “do we want to see a celebrity right now? Do we give an f—— what Ja Rule thinks?”

“This is the streets talking for themselves, they don’t need me right now. I kept my mouth shut. And I’ll keep my mouth shut. Don’t think my silence is complicit,” Chappelle said, adding, “Why would anyone care what their favorite comedian thinks after they saw a police officer kneel on a man’s neck for 8 minutes and 46 seconds? I can’t get that number out of my head.” Discussing how right-wing media attempted to paint Floyd as a flawed person and criminal, Chappelle excoriated conservative pundits Candace Owens and Laura Ingraham. He described Owens as a grifter and “the worst” and an “articulate idiot.” In discussing Ingraham, he brings up her “shut up and dribble” controversy with LeBron James.

In his inimitable storytelling style, Chappelle also linked together with a bewildering number of incidents in less than a half-hour, touching on the death of Trayvon Martin and the police killings of Philando Castile, Eric Garner, Michael Brown and John Crawford, the last of which was particularly poignant for Chappelle as it happened in his hometown of Beaver Creek.

In the video description section on YouTube, Chappelle left a simple message explaining the raw nature of the special, “From Dave: Normally I wouldn’t show you something so unrefined, I hope you understand.”