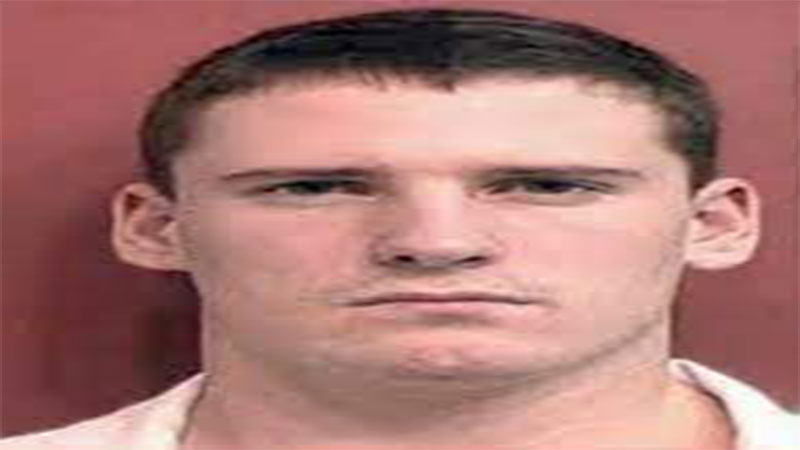 Donald Craighead was arrested in Washington, DC, near the Democratic National Committee headquarters on Monday, September 13, 2021. He told officers he was “on patrol” after weapons were found in his vehicle, Capitol Police said.

US Capitol Police said Craighead was stationed near the Democratic National Committee headquarters, NPR reported. They said he had a bayonet and a machete in his Dodge Dakota truck, and both are illegal in D.C. Police shared photos on Twitter that showed his truck with views of both the interior and exterior.

According to a press release, an officer from the Special Operations Division was on patrol when he noticed the truck around midnight. He caught her eye because he had white supremacy symbols and was outside the DNC headquarters.

Capitol Police Chief Tom Manger said in a statement about the arrest: “This is good police work plain and simple. We applaud the keen observation by the officers and the teamwork that resulted in this arrest. ”

Capitol Police shared that the truck had symbols of white supremacy, including swastikas that can be seen in photos that police shared on Twitter. One was in a side mirror and one was inside the truck.

The truck had an American flag on the rear instead of a license plate. He was detained in the 500 block of South Capitol Street, SW, according to the news release.

Craighead told authorities he was “on patrol,” reported ABC News. Authorities said he spoke about white supremacist ideology when he was questioned.

Police said in a statement that it was unclear why Craighead was in D.C. or if he planned to attend any protests or if he had ties to other cases in the region.
Authorities said Craighead is from Oceanside, California. He was arrested for possession of prohibited weapons, NPR reported.

A Protest at the Capitol Is Planned for Saturday

Police did not disclose whether Craighead said anything about a planned Washington, DC, protest on Capitol Hill for Saturday. The protest, called Justice for J6, will take place on September 18. Participants protest against people who have been detained for participating in the Capitol riots on January 6.

ABC News reported that authorities planned to re-fence the United States Capitol before the protest. CNN reported that if the fence is approved, it will likely be smaller than the one they had after January 6. House Speaker Nancy Pelosi is also hosting a security briefing to discuss preparations ahead of the event, a source told CNN.

All available Capitol Police officers will be on duty that day, along with the Washington Metropolitan Police Department which will have a larger presence, ABC News reported.

Capitol Police Chief Tom Manger said of the protest: “We are closely monitoring September 18 and we are planning accordingly. After January 6, we made department-wide changes to the way we collect and share intelligence internally and externally. I am confident that the work we are doing now will ensure that our officers have what they need to keep everyone safe. ”