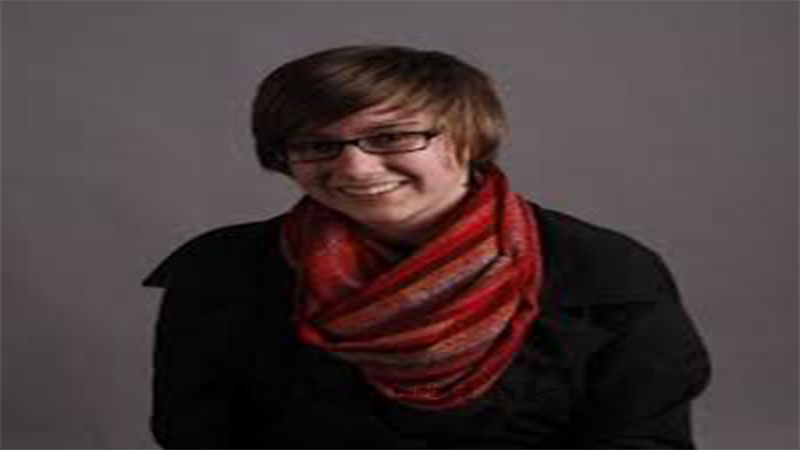 Ellen Reiche and Samantha Brooks are two Bellingham, Washington, women accused of terrorism for placing a “shunt” on train tracks in Whatcom County, an act that could cause a train to derail or decouple, endangering the public.

Reiche is a naturalist who has worked as a ski instructor.

According to her LinkedIn page, Ellen Reiche works as a mentor for Wild Whatcom, which engages children and their families in year-round nature programs.

She’s also worked as a naturalist for Outer Island Excursions in Anacortes Washington, as a ski instructor for Mt. Baker Ski Area in Bellingham, as a senior park aide for the State of Washington at Sucia Island State Park, as a dining hall worker with Aramark, as a quality control technician for Enfield Farms, as a transplanter for Cascade cuts Wholesale Nursery, and as a deputy field organizer for Washington State Democrats.

She has a bachelor’s degree in German from Western Washington University and graduated from Gig Harbor High School. She says she’s certified as an alpine level II ski instructor and in adult and pediatric first aid.

They were arrested on the BNSF Railway tracks near Bellingham, Whatcom County and were charged with a terrorist attack and other violence against a railroad carrier, according to a news release from the U.S. Department of Justice. Both have already appeared in federal court.

“There were at least 10 different occasions where shunts were placed on the track near enough to a roadway to potentially cause crossing signal and crossing arm malfunctions, including failure to block traffic when a train was oncoming. On at least two occasions, individual shunts have interfered with multiple roadway/railway signals,” the complaint says, underscoring the dangerousness of the acts.

Brooks is 27 years old, and Reiche is 23 years old. They were arrested on Saturday, November 28. You can read the full complaint here. The women’s full names are Ellen Brennan Reiche and Samantha Frances Brooks.

“A shunt disrupts the low level electrical current on the tracks and can disable various safety features,” the DOJ press release says.

The use of shunts in this manner has been an ongoing problem in Washington State.

“Since January there have been 41 incidents of shunts placed on the BNSF tracks in Whatcom and Skagit counties—causing crossing guards to malfunction, interfering with automatic breaking systems, and, in one case, causing the near-derailment of tanks of hazardous chemicals,” said U.S. Attorney Moran in the news release. “These crimes endanger our community. I commend the agents from Customs and Border Protection, FBI, BNSF Police, and state and local partners who prioritized stopping this criminal conduct.”

According to the criminal complaint, the FBI’s Joint Terrorism Task Force has been investigating the placement of shunts on the BNSF tracks since January 19, 2020. “The shunt is comprised of wire and magnets that are stretched between the tracks, disrupting the systems that indicate a train is on the tracks,” says the release.

“On 10 occasions, shunts were placed in areas that disrupt the crossing guards where the tracks cross streets, so vehicles could have tried to cross the tracks unaware of the oncoming train. On the night of October 11, 2020, multiple shunts were placed in three different locations in Whatcom and Skagit Counties. The shunts triggered an automatic breaking system on a train that was transporting hazardous and combustible material. The emergency breaking then caused a portion of the train to decouple from the engine. Decoupling has the potential to cause a derailment—in this case—of tanker cars of flammable gas in a residential area.

Shortly after the first shunts were discovered in January, “a claim of responsibility was published on an anarchist website,” the release says. The complaint names that website as itsgoingdown.org.

“This claim of responsibility stated that the shunting activity was carried out in solidarity with Native American tribes in Canada seeking to prevent the construction of an oil pipeline across British Columbia, and with the express goal of disrupting BNSF operations and supplies for the pipeline,” says the complaint.

Anarchists have targeted train tracks out west for some time. According to The Olympian newspaper, anti-fascist protesters have been protesting fracking along railroad tracks as part of something called “The Olympia Blockade.”

Protesters “occupied a section of railroad tracks at Jefferson Street and Seventh Avenue Southeast to protest fracking sand cargo handled by the Port of Olympia. Port officials have said there is no rail shipment of such cargo scheduled,” the newspaper reported in November 2017.

There were several protests at the site. “Last year, anti-fracking protesters set up a similar blockade on the tracks at the same location. Fracking sand, also known as ceramic proppants, has been handled by the port since 2012,” The Olympian reported.

An April 2017 article published on the website called It’s Going Down appears to have mentioned train sabotage and fracking, saying, “Early in the morning of April 20th we poured concrete on the train tracks that lead out of the Port of Olympia to block any trains from using the tracks. We took precautions to notify BNSF (the train company) – we called them and we used wires to send a signal that the tracks were blocked. We did this not to avoid damaging a train, nothing would bring bigger grins to our faces, but to avoid the risk of injuring railway workers.”

On Saturday night, November 28, 2020, BNSF Police “observed video surveillance of two people kneeling on the tracks near a crossing in Bellingham. Whatcom County Sheriff’s deputies responded to the scene,” the release says.

A shunt was found nearby. The defendants “had a paper bag containing wire, a drill with a brush head, and rubber gloves. The wire was similar to the wire used in the shunting incidents,” says the release. “The shunt that was placed on the tracks would have interfered with the railroad crossing guard at Cliffside Drive in Bellingham.”

The women now face up to 20 years in prison.

According to the complaint, when confronted, Reiche told authorities that she and Brooks “were walking along the tracks to look for her keys.”

When asked whether they had a flashlight or phone to help them look, “Reiche said she had left her phone in her car, and indicated that it was the car parked nearby with a ‘co-op’ sticker,” according to the complaint.

The car also had a sticker on the back hatch depicting a map of the United States overlaid with the text ‘Indigenous Land.’”