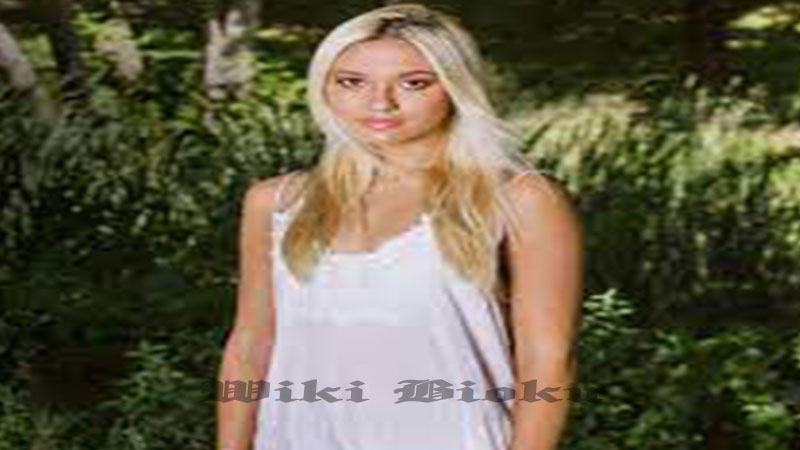 Ellie Green is the daughter of Angela Green, On June 19, 2019, Angela Green went missing from Prairie Village, Kansas. Her daughter, Ellie Green, has decided to come forward a year later to share the story in the hopes of getting answers and raising awareness. The story of Angela Green’s disappearance is a complicated one, with a lot of conflicting information delaying the investigation.

She said since she’s still in college, she’s financially dependant on her father but only speaks to him about rent, tuition or other logistical matters. Green is studying data analytics and finance at the University of Kansas, where she is set to graduate in May 2022, according to her bio on a tutoring site. Her bio states that she intends to go to law school after graduation.

She graduated from Shawnee Mission East High School in 2018 with an international baccalaureate diploma and as valedictorian. “When she’s not hitting the books, Ellie enjoys spending time at the lake, playing piano or volleyball, and chatting with her mom’s family halfway around the globe in China,” her bio reads.

Ellie Green first spoke publicly about her mom’s disappearance on Instagram and Twitter in July, posting a series of pictures of her mother along with her story: “Exactly one year ago, my dad, Geoff Green, briefly told me in person that my mom had died. … Nearly 8 months later, my mom was reported missing by a ‘family member’ aka me.”

Green wrote, “I’m sharing my story not to gain sympathy, but to show that no matter how difficult life can be, you can always be stronger. I went through the grieving process only to be told everything I had suffered through might not have even been necessary.”

It was surreal to see my mom’s face as a missing person appear on the TV of my friend’s garage. To watch your childhood home be torn apart as a search warrant is carried out is something I hope none of you ever experience.

And to my mom, who was loved by everyone she met and is the strongest person I know, I will never stop looking for you. I will never stop asking questions. I will get justice for you one day. I hope you are proud as you watch from above, and I will love you forever.

Green first decided to go public with her story in July this year and she posted a thread to Twitter with her experiences along with photos of her mother. She said last year, her father, Geoff Green, told her that her mother died after a stroke. She was devastated, she said, but what was worse is she couldn’t get any straight answers from her father about what had happened.

He couldn’t tell me what hospital she died in, what doctor treated her, where she died, her time of death, and the list goes on. Every time I asked anything about mom, he shut down. He wouldn’t even let me tell my aunt, who was my mom’s sister. At the time, I respected his wishes and gave him space because I thought he was grieving her loss in a strange way. But he wasn’t. He was just buying time.

She said eventually, she’d had enough and needed to speak to someone on her mom’s side of the family and told her aunt. They said she should ask for a death certificate from the Kansas Department of Health and Environment and it should have more information about Angela Green’s death. That’s when Green discovered the truth: not only was there no record of her death in the state of Kansas, but there was no record of her death in the country.

Green asked her father where the death certificate was and he said it was at home with Angela Green’s ashes. That’s when Green decided to file a missing persons’ report with the local police department, and it’s also when her father’s story changed. “To this day, my dad now maintains a story that my mom ran away with a friend,” Green wrote. “My mom??? Never. There’s no record she traveled anywhere, didn’t use her bank account, she left her phone, car, passport, and driver’s license at home. I haven’t heard from her in over a year.”

Green also wrote about her feelings toward her father, who she said hired a criminal defense attorney: “I am frustrated beyond words. He has no interest in finding her, dead or alive. I am greatly disappointed, furious, and ashamed of him.” In an interview with Huffington Post, Green said it’s been difficult not only because her mother is missing but she also feels like she lost her father. She told the outlet she doesn’t understand why he never tried to help find his wife and showed no interest in cooperating.

“I don’t know where to look or what to look for,” Geoff told her when she asked. “You’re stating that as if I’m going to go out and walk up and down the streets and knock on doors and look for her and no, I’m not going to do that.”