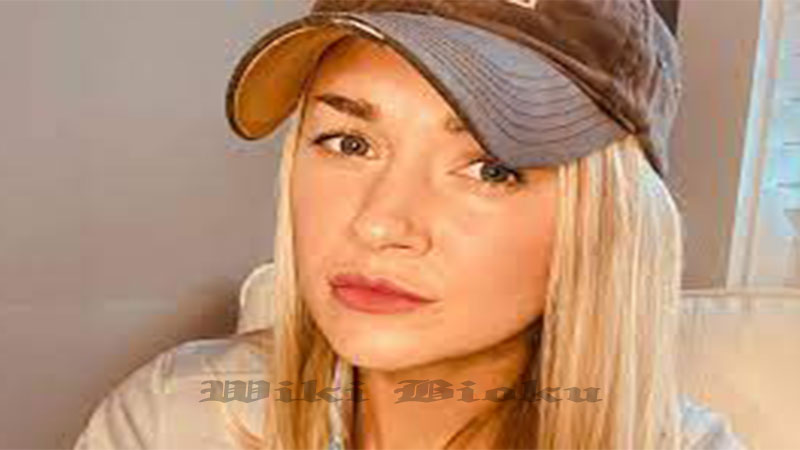 Emily Rainey is being investigated by the army for traveling over 300 miles attend the US Capitol riot, reports say.

She admitted to leading over 100 people to Washington DC, but claimed she was not involved in the attack on the Capitol.

Rainey’s participation on Wednesday remains under investigation and it is unclear whether she went against DOD policy.

Last May she sent shockwaves after posting a video of her tearing down caution tape at a playground that was closed due to the pandemic.

Police in Southern Pines, a community about 30 miles west of Fort Bragg, charged her with injury to personal property over the incident after twice letting her off with warnings.

In Facebook posts, Rainey called her Moore County Citizens for Freedom a “movement.”

Resigns As Army Investigates Her Involvement In Washington Rally

A psychological operations officer who the Army is investigating for leading a group of people from North Carolina to the rally in Washington that led up to the deadly riot in the U.S. Capitol had already resigned her commission, CBS News correspondent David Martin reports. Commanders at Fort Bragg said they were reviewing Captain Emily Rainey’s involvement in last week’s events in the nation’s capital, but she said she acted within military regulations and that no one in her group broke the law.

“I was a private citizen and doing everything right and within my rights,” Rainey told The Associated Press on Sunday.

A Defense official told CBS News the Army is investigating how many soldiers from Fort Bragg accompanied Rainey to Washington. Rainey had resigned her commission after receiving a career-ending letter of reprimand for her actions at an earlier protest in the Fort Bragg area, Martin reports.

Because the process takes time, Rainey was still on active duty when she led a group of protestors to Washington and is due to leave the Army next month. Officials at Fort Bragg are now working to determine what other soldiers went to Washington and whether they were part of the mob that stormed the Capitol, Martin reports.

Rainey said she led 100 members of Moore County Citizens for Freedom, which describes itself online as a nonpartisan network promoting conservative values, from North Carolina to Washington to “stand against election fraud” and support Trump. She said the group attended the rally but she didn’t know of anyone who entered the Capitol and that they were headed back to their buses hours before an emergency curfew took effect.

Rainey, 30, is assigned to the 4th Psychological Operations Group at Fort Bragg, according to Maj. Daniel Lessard, a spokesman for 1st Special Forces Command. Known as PSYOPS, the group uses information and misinformation to shape the emotions, decision-making and actions of American adversaries.

Rainey made headlines back in May after she posted a video online of her pulling down caution tape at a playground that was closed under North Carolina’s COVID-19 restrictions.

Police in Southern Pines, a community about 30 miles west of Fort Bragg, charged her with injury to personal property over the incident. The police told WRAL-TV that they let her off with warnings twice before after she tore down the tape closing off the playground.