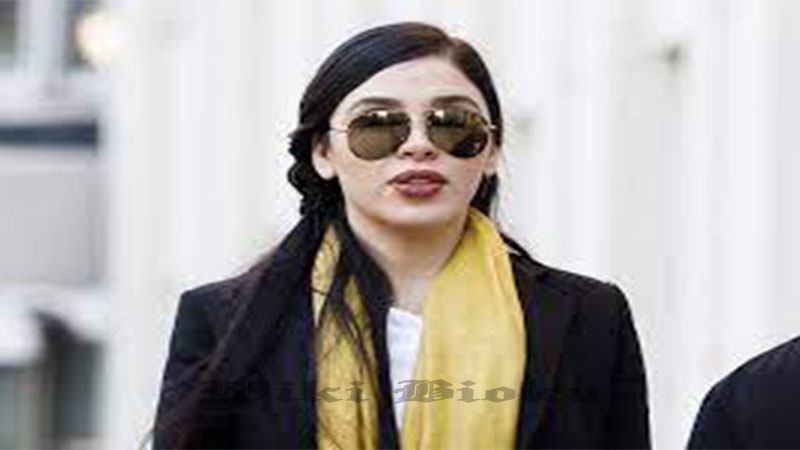 Emma Coronel Aispuro is the wife of Joaquin “El Chapo” Guzman Loera, leader of a Mexican drug trafficking organization known as the Sinaloa Cartel, was charged and accused related to her alleged involvement in international drug trafficking.

Coronel Aispuro, a former teen beauty queen, and dual U.S.-Mexican citizen, of Culiacan, Sinaloa, Mexico, was arrested at Dulles International Airport on Monday. She and Guzman have been married since at least 2007 and are the parents of twin daughters who were born in 2011.

Her father, Ines Coronel Barreras, was previously designated by the Treasury’s Office of Foreign Assets Control as a “significant foreign narcotics trafficker” for his alleged involvement in the drug trafficking activities of the Sinaloa Cartel.

He was arrested in 2013 on narcotics and firearms charges with one of his sons and several other men in a warehouse with hundreds of pounds of marijuana across the border from Douglas, Arizona, and was sentenced to more than ten years in prison for marijuana trafficking and firearms violations.

Coronel Aispuro is scheduled to make her initial appearance in federal court on Tuesday in the U.S. District Court for the District of Columbia via video conference.

Emma Coronel Aispuro, the 31-year-old wife of Joaquin “El Chapo” Guzman Loera, leader of a Mexican drug trafficking organization known as the Sinaloa Cartel, was arrested Monday in Virginia on charges related to her alleged involvement in international drug trafficking.

Prosecutors allege that Coronel Aispuro was not only aware of Guzman’s role as the leader of the violent Sinaloa cartel, but she also allegedly “relayed messages” between 2012 and 2014 on behalf of Guzman in “furtherance of drug trafficking activities” while her husband attempted to avoid capture by Mexican authorities.

Following his arrest in Feb. 2014, Coronel Aispuro allegedly continued to deliver messages she received from Guzman during her prison visits, which were not monitored by Mexican authorities, according to prosecutors.

Additionally, Coronel Aispuro is alleged to have conspired with Guzman’s sons and a now cooperating witness to assist Guzman in his July 2015 escape from Altiplano prison, located in Almoloya de Juarez, Mexico, via an underground tunnel, according to prosecutors.

The plot involved purchasing a piece of land near the prison, firearms, and an armored truck. In addition, the group discussed smuggling Guzman a GPS watch so they could “pinpoint his exact whereabouts so as to construct the tunnel with an entry point accessible to him,” according to court documents.

After Guzman was re-arrested in Mexico in January 2016, Coronel Aispuro is alleged to have engaged in planning yet another prison escape with other individuals prior to Guzman’s extradition to the U.S. in January 2017. Prosecutors said Coronel Aispuro had a meeting with Guzman approximately one month after his second arrest to discuss an escape plan.

In a separate meeting, Coronel Aispuro provided the cooperating witness with approximately $100,000 and instructed them to “arrange for the purchase of real property in the vicinity of Altiplano prison” and that the witness would receive additional funds depending on the eventual cost of the property. Overall, the cooperating witness received a total of approximately $1 million in “furtherance of this escape plan.” The witness told investigators that Guzman was then transferred from Altiplano prison to a facility in Ciudad Juarez.

Following the transfer, Coronel allegedly told the witness that she and others were trying to “facilitate Guzman’s transfer back to Altiplano prison where an escape would be possible and that approximately $2 million had been paid to “the Mexican official who oversaw the Mexican prisons to facilitate the transfer.”

Investigators noted Guzman was never transferred out of prison at Ciudad Juarez and was extradited to the United States from that facility on January 19, 2017. Guzman was later convicted by a jury in the Eastern District of New York in 2019 for his role as leader of the Sinaloa Cartel.