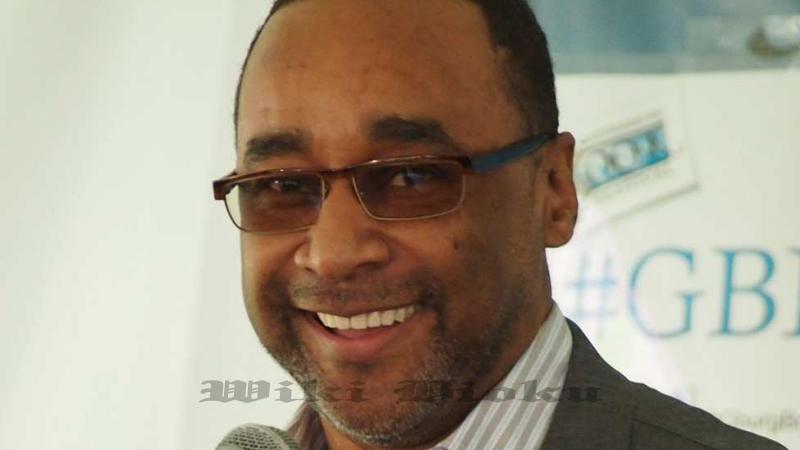 Eric Jerome Dickey was an American author, has died. He wrote several crime novels involving grifters, ex cons, and assassins, the latter novels having more diverse settings, moving from Los Angeles to the United Kingdom to the West Indies, each having an international cast of characters.

Dickey was born in Memphis, Tennessee, on July 7, 1961. He received a bachelor of science from Memphis State University in 1983. Later that year, he moved to Los Angeles to pursue a career in engineering.

Dickey was employed in the aerospace industry working at Rockwell International, ASSD division, as a software developer, before deciding that he wanted to pursue acting and stand-up comedy, and began on the local and national comedy circuit.

Born in Memphis, Tennessee, Dickey started out as a software developer in the aerospace industry. Being laid off from that job gave him a chance to take writing classes and see whether he could make it as an author.

He emerged during a boom for African-American literature in the 1990s, and his 1996 debut Sister, Sister – about the lives and loves of three siblings – was recently named one of the 50 Most Impactful Black Books of the Last 50 Years by Essence magazine.

He was particularly praised for his ability to write “believable” female characters, and many of his readers were women.

When the New York Times profiled him in 2004, it billed him as the “chick lit king”. Patrik Henry Bass, Essence’s books editor, told the paper: “He is singular in the way he is tapping into the African-American female psyche.”

And Calvin Reid, an editor at trade magazine Publishers Weekly, said: “He captures black language and black middle-class characters with more depth than you often see in commercial fiction.”

By that time, he was selling 500,000 books a year. He was nominated four times for the NAACP Image Award for best work of fiction, winning in 2015 for A Wanted Woman.

By then, he had branched out into stories of crime, suspense, thrills and spills as well as the steamy and tangled relationships with which he made his name.

Eric Jerome Dickey has died at the age of 59-years-old.

He had four daughters, but said he never based his plots on his own life. “I avoid my life,” he once said. “It bores me. Trust me. A book about me would be a snoozefest.”

His final novel, The Son of Mr Suleman, will be published in April.

Author Eric Jerome Dickey, whose novels of romance, mystery and adventure were best-selling page-turners over more than 20 years, has died aged 59.

Heartbroken. Rest in paradise to an amazing author and an even better friend. #EricJeromeDickey pic.twitter.com/L6KTFPsTFU

They included Friends & Lovers, Milk In My Coffee, Cheaters and Finding Gideon.

On January 3, 2021, Dickey died of cancer in Los Angeles, California, at the age of 59. His death was confirmed in an official statement from his publisher Dutton.

He also wrote a series of Marvel comics about a love story between Storm from the X-Men and the Black Panther.

Eric Jerome Dickey was a literary legend. Had a whole generation reading and coming to school the next day like “DID YOU FINISH YET??? We have to talk about it when you do!”

May he rest peacefully.

— Luvvie is the #ProfessionalTroublemaker (@Luvvie) January 5, 2021

“His work has become a cultural touchstone over the course of his multi-decade writing career, earning him millions of dedicated readers around the world,” his publicist Becky Odell told USA Today in a statement.

I am truly saddened to hear about the passing of Eric Jerome Dickey. His were some of the first novels I ever read about black people that weren’t about slavery or civil rights. He was a great storyteller.

Writer Roxane Gay was among those paying tribute, describing him as “a great storyteller”.

Other authors to add their voices included Luvvie Ajayi, who described him as “a literary legend”, and ReShonda Tate Billingsley, who said he was “an amazing author and an even better friend”.