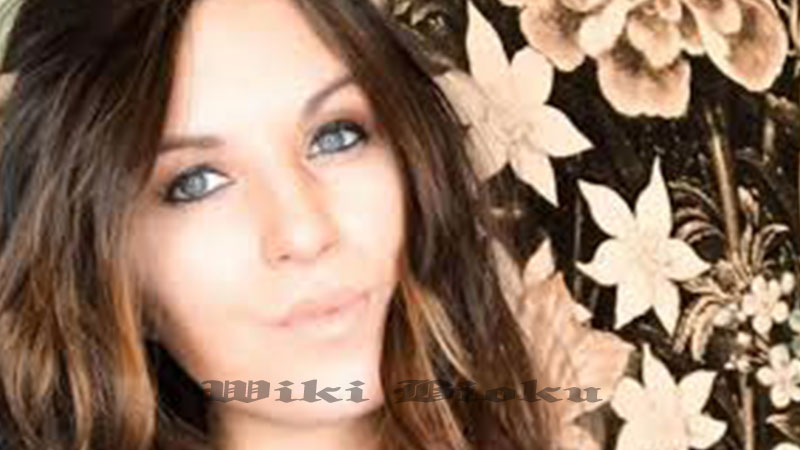 Erika Lloyd is a mother, a daughter, and business owner who was last seen on June 14 when she told her family that she was going on a camping trip to Joshua Tree National Park in California. Lloyd is described as 5’4 and 125 pounds with brown hair and blue eyes.

Lloyd’s parents think maybe if she was in a car accident she could’ve sustained a brain injury.

“We don’t know if she had some memory loss when she got hit by the airbag,” Lloyd’s mother, Ruth Lloyd, told KESQ. “Maybe she doesn’t know who she is, we don’t know, we aren’t sure about her mental stage.”

Lloyd’s mother told KESQ that like many people during the ongoing pandemic, Lloyd was feeling the strain and the trip to the National Park was a chance to get away.

“She seemed like she was fine,” Ruth told KESQ. “Being lockdown for almost three months not being able to work and she was trying to home school her son, it was starting to get to her the pressure and not having any income.”

Lloyd owns a salon called Bloom in Alamo, California. She also specializes in styling hair, make-up, and spray-tanning for brides and members of wedding parties in another business called Glam on the Go.

Yet due to the mandated closures of salons and social distancing requirements in California due to coronavirus, Lloyd’s business was struggling. After the shuttering of salons and barbershops earlier in the year, new mandates came out in July saying salon services must only be done outdoors — meaning business-as-usual is anything but.

In a Facebook Post on the Bloom Salon page on Dec. 31, 2010, Lloyd wrote of her love for her son and how she was excited about the future saying, “I honestly can’t believe what can happen in one year let alone a decade. I’ve watched my son grow into one of the kindest most caring boys I know. I have loved watching him grow these past ten years and look forward to what the future has in store for our lives.”

According to KESQ, the boy is 12 — although Lloyd’s Facebook post makes him sound closer to 10. Either way, Ruth said her grandson is asking about the investigation.

“Are you calling about my mom? Are you talking to people? Wayne [Lloyd’s father] would say yeah we are trying to find your mom,” Ruth told KESQ. “So he misses her.”

In a plea for help from the public to help find their daughter early on in the investigation, before the car was found the family said, “We are just asking if anybody has seen her car or her or seen her since to let the authorities know,” said Ruth. “Her son, Chase is waiting for her and that he loves her very much.”

Erika Lloyd is a 37-year-old mother, a daughter, and a business owner who was last seen on June 14 when she told her family that she was going on a camping trip to Joshua Tree National Park in California.

It’s been six weeks since the woman seems to have vanished. Her car was found abandoned with both the front and rear windshields broken out near Joshua Tree National Park, according to KESQ, yet police say they don’t expect foul play. Lloyd’s family is searching and holding out hope that she will be found safe.

37-year-old Erika Lloyd was last seen in Walnut Creek, California on June 14th; she told her sister-in-law she was worried about COVID-19 & was going camping for a few days to “unplug”. Erika’s car, a black 2006 Honda Accord, was found vandalized off of CA-62 & Shelton Road near pic.twitter.com/gipiAVEJcd

When police searched the abandoned car, they say it looked like it could’ve been involved in some kind of crash. There were still items in the car but no camping equipment, according to news station KRON4, who reported that California Highway Patrol Officer Casey Simmons said his agency didn’t find any evidence of a crash in the roadway.

“There was damage to the front end along with the windshield and back window,” Simmons said. “So it looked like it might have been involved in a traffic collision. There were items still in the vehicle. It didn’t look like any items were taken out of the vehicle.

It’s also not known if Lloyd was traveling with anyone else or alone.

Billings told KESQ, “I did find one person who saw Erika’s description walking down 62 with another person a week after she went missing,” said Billings.

Earlier this year Lloyd shared on Facebook that she’d been in Honolulu with a friend and found inspiration, which she shared in a lengthy post that could lend some insight to her state of mind this year.

It was a magical day where I felt the vibration of the earth once again lift inside my heart. There is something so beautiful that happens in your life when you truly get to a place where you choose to listen to God’s voice and His alone. Almost forgetting everything you were taught, felt, or told by society and their opinions (even our own) and step out into the unknown. It’s sometimes so easy to become complacent in our lives and stop living. It’s so easy to get our feet stuck in the sand with a nice view and say this is good, I guess I’ll just stay here. We stop growing, we stop learning, we just stop. Have you ever felt this way? I’ve come to this place many times before. It’s left me feeling dead inside. Trapped. Like a plant in a pot that maxed out its environment and physically by the laws of nature cannot grow. And you sit there waiting, wanting some else to replant you and make you feel bigger. But nothing happens. You have to be the one to shatter those walls. Amazing people who follow their dreams don’t get there by having someone else make their dreams happen. You have to personally take the steps to breakthrough. Not everyone is going to support you. In fact, many will criticize you. It might hurt, it might be scary, terrifying even, and incredibly disappointing at times. But that is life and trust me it’s worth getting to the other side of your fears. So don’t spend your life living someone else dreams. This is your life and the time for you to shine. Don’t ever waste it.

According to a Facebook page created to find the missing mom, on July 24 an administrator posted:

There is so much information to go through. It seems everything is a dead end. We have never given up hope. We ask that you pray and share. If you have seen or may have, please call the police… Her family is going back out tomorrow for several weeks to conduct further searches and run down leads. We will continue to update as more information comes to light. As of now please pray and share.

The Lloyd family asks that anyone with any information about this case contact the San Bernardino County Sheriff’s Department, Morongo Basin Station at (760) 366-4175.

There is a Go Fund Me account set up to help finance Lloyd’s parents’ travel as they work with investigators to find their daughter. Lloyd is described on the page as “a business owner/hairstylist/makeup artist, a mama, a daughter, a sister, an auntie, and a friend.”

A background check shows that Lloyd’s parents, Ruth and Wayne, live in Maryland.

The page said, “We have one goal in mind and that is to bring her home….We are also asking for continued prayers for Erika, the police investigation, her son, and for the family at this time. Thank you for your generosity and prayers during this time!