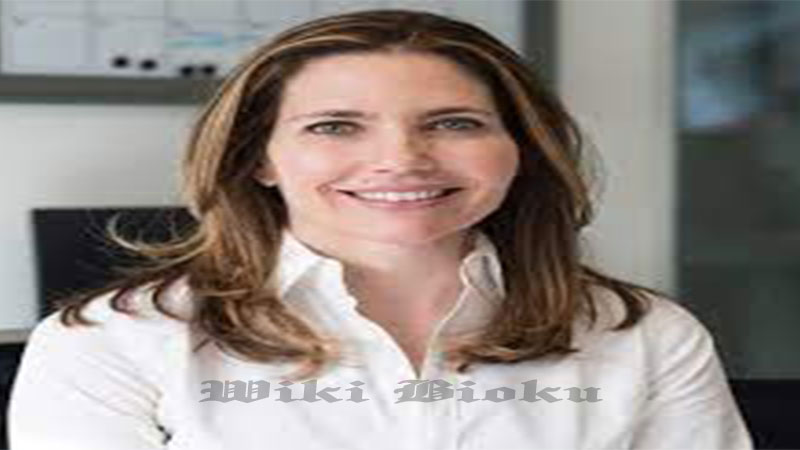 Evan Ryan is married to husband Antony Blinken, President-elect Joe Biden’s nominee for Secretary of State. The couple tied the knot nearly two decades ago after meeting through work.

Ryan grew up around the nation’s capital. The New York Times reported that at the time of her wedding, Ryan’s father worked at the Office of Personnel Management in Washington and her mother was a kindergarten teacher in Alexandria, Virginia.

Ryan earned a bachelor’s degree in political science from Boston College in 1993. About a decade later, she went back to school for a master’s degree in international public policy from Johns Hopkins, according to her LinkedIn profile.

Ryan started working for First Lady Hillary Clinton in 1994. Ryan first served as a special assistant to the chief of staff for the First Lady before she was promoted to Deputy Director of Scheduling in June 1997. Politico reported that Ryan went on to work for Hillary Clinton’s Senate campaign in 2000.

Ryan’s resume includes more than two years as a consultant with Peace Players International. The non-profit organization uses sports to educate young people “living in communities in conflict,” according to its website.

According to her State Department bio, Ryan worked on John Kerry’s presidential campaign as a Deputy Director of Communications. She went on to work for the Clinton Global Initiative in 2005.

Ryan’s record also includes time spent working directly for Biden. Her LinkedIn account shows she was his Deputy Campaign Manager when he ran to be the Democratic nominee for president in 2007/2008.

After President Obama was sworn in, Ryan joined the administration. According to her State Department bio, Ryan “served in the White House as Assistant to the Vice President and Special Assistant to the President for Intergovernmental Affairs and Public Engagement” beginning in 2009. In 2013, she accepted the job of Assistant Secretary of State for Educational and Cultural Affairs. She remained in that position for the rest of Obama’s tenure.

Ryan took a break from government service after President Donald Trump was sworn in. She was asked to join the leadership at Axios, which launched in January 2017 with the mission of providing real, trustworthy news without gimmicks or clickbait.

Vanity Fair reported at the time that Axios’ founders wanted to bring “Washington insiders” onto the staff who already understood how the political machine worked. Ryan told the magazine she was excited about the prospect of helping to launch a new entity after co-founder Jim VandeHei approached her about being the Executive Vice President. “Fact-based media is more important than ever. It’s important that we have trusted, fact-based news that you can get quickly and easily,” Ryan told Vanity Fair. “Jim and Mike and Roy have a history and great reputations in this space.”

Ryan remained with Axios for more than three years. According to her LinkedIn profile, she stepped down in May 2020.

Ryan’s next move was to join the board of the Women’s Foreign Policy Group. According to its site, the organization’s mission is to advance “women’s leadership in international affairs and amplifies their voices through substantive global issue discussions and mentoring.”

Evan Ryan is married to husband Antony Blinken, Like her spouse, Ryan is also a longtime civil servant. During the Obama administration, Ryan served as the Assistant Secretary of State for Educational and Cultural Affairs, which is part of the State Department. She also worked directly with Biden while he was the vice president.

Ryan and Blinken were both working within the Clinton administration when they were introduced. They first crossed paths in 1995, their New York Times wedding announcement explains. According to her LinkedIn profile, Ryan was a Special Assistant to the Chief of Staff to First Lady Hillary Clinton at the time.

Blinken was on the president’s National Security Council staff. His State Department bio explains that between 1994 and 1998, “Mr. Blinken was Special Assistant to the President and Senior Director for Speechwriting and then Strategic Planning, overseeing foreign policy planning, communications and speechwriting and serving as President Clinton’s chief foreign policy speechwriter.”

Ryan and Blinken tied the knot in March 2002 in a ceremony that paid tribute to both her Catholic upbringing and his Jewish faith. The wedding was officiated by both a priest and a rabbi at the Holy Trinity Roman Catholic Church in Washington, the New York Times reported. Ryan was 30 and Blinken was 39 when they got married.

During a toast, Blinken spotlighted politics for bringing him and Ryan together. According to Politico, “Blinken gave a toast thanking the 40 million Americans who voted for Bill Clinton because the election led to the marriage.” The outlet reported that Hillary Clinton was among the wedding guests.

Blinken and Ryan are raising two young children. They have kept their children out of the public eye and do not post about them on social media.

But former U.S. Ambassador to the United Nations, Samantha Power, tweeted about Blinken being a father when he was announced as Biden’s pick for Secretary of State. Power wrote, “Can’t let this get lost: the next US Secretary of State @ABlinken is a new dad. It will be inspiring for working parents everywhere to see America’s top diplomat in action as he also helps raise two toddlers. Thanks to Tony & the incomparable Evan Ryan for their family sacrifice.”

Fatherly magazine agreed with Power’s sentiment. In an opinion piece for the outlet, writer Ryan Britt commented that Blinken’s role as a father would serve as a positive influence on his job. Britt wrote in part: “Having someone as Secretary of State who knows what it’s like to be a parent of toddlers feels like the kind of representation that matters for parents. Biden, Harris, and Blinken will need to do a lot of political maneuvering to do their jobs effectively — and who knows how to do difficult maneuvers better than the parents of toddlers?”

Blinken and Ryan’s children likely watch Sesame Street. Blinken made an appearance on the popular children’s show in September 2016. In the segment, Blinken talked about refugees with Grover and discusses how young children could welcome these new classmates into their schools.

Ryan and Blinken’s two children have a lot of space to run around. Property records show the couple purchased their Virginia home in December 2018 for $4.325 million. The single-family home was built in 2009 and renovated in 2015.

According to Redfin, the house has 5,745 square feet of living space and sits on a half-acre lot. There is plenty of room for guests, with 9 bedrooms and 8.5 bathrooms. The realtor described the space as a “custom-designed stunner” that “transforms from fortress-like in front to Eden-like in the rear.”

There is likely a lot of music in their home. When he’s not working, Blinken spends his time playing the guitar. He even has two original songs on Spotify.