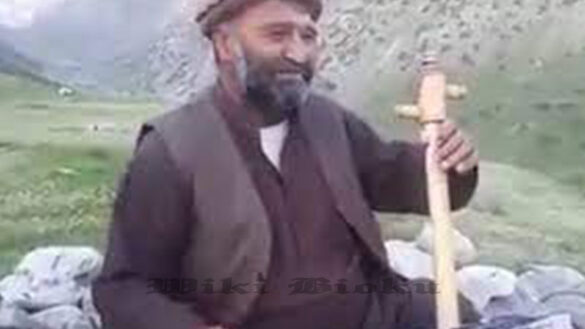 Fawad Andarabi, in Afghanistan’s Baghlan province, a Taliban fighter reportedly shot and killed an Afghan folk singer named Fawad Andarabi. After the Taliban took over Afghanistan, news of violence and deaths has been a regular topic. The resurgence of the fundamentalist group has raised questions about its orthodoxy and violence. And the Taliban have claimed to be more moderate than their previous reign.

Andarabi was a famous folk singer in the valley located in the northern province of the country, which is about 100 kilometers from the capital Kabul. The province has an ethnically diverse population that includes Tajiks, Pashtuns, Uzbeks, Hazaras, and Tatars.

According to the Associated Press, the valley of Baghlan province has experienced great turmoil since the Taliban takeover, and some districts in the area have come under the control of militants who oppose the Taliban rule. Neighboring Panjshir in the Hindu Kush remains the only one of Afghanistan’s 34 provinces that is not under Taliban control.

But reports from the country paint a different picture. According to Sami Mahdi, a journalist, and professor at Kabul University, “Fawad Andarabi, a local artist, was dragged out of his house yesterday and killed by the Taliban in the village of Andarab in Kishnabad. He was a famous folk singer in the valley. His son has confirmed the incident. “The Ihtesham Afghan Twitter account reported:” In Kandahar, the Taliban have prevented women from appearing on television and radio programs. Fawad Andarabi, a local singer from Andarabi, was killed by the Taliban. They have no humanity or mercy in their hearts. They only know how to kill people. ”

Andarabi reportedly played the ghichak, a bowed lute and sang traditional songs about his birthplace, his people, and Afghanistan as a whole. Agnes Callamard, Secretary-General of Amnesty International, condemned the murder. “There is mounting evidence that the Taliban of 2021 is the same as the intolerant, violent and repressive Taliban of 2001,” she said. “Twenty years later. Nothing has changed on that front.”

At the group’s first press conference, Taliban spokesman Zabihullah Mujahid promised amnesty for Afghans, that women would have rights “under Islamic law” and that the group’s days of harboring terrorists were over. “We assure you that no one will come to your doors to ask why you helped,” Mujahid promised. Mujahid also said that the media could operate independently and stressed that reporters “must not work against national values.”

In Kandahar, the Taliban have stopped women from being in tv broadcasts on and radio. Fawad Andarabi, a local Andarabi singer, was killed by the Taliban. They have no humanity and no mercy in their hearts. They only know how to kill people.#Afghanistan pic.twitter.com/zHnnQr4nWk

Andarabi’s son, Jawad Andarabi, told the Associated Press that it was not the first time the Taliban had come to his home. The Taliban had previously gone out to Andarabi’s home and searched it, and even drank tea with the musician, Jawad said. The singer was shot in the head on the estate. “He was innocent, a singer who just entertained people,” Jawad said. “They shot him in the head on the farm.” He also said that he wanted justice and that a local Taliban council promised to punish the murderer of his father. Mujahid told the Associated Press that the incident would be investigated.

Andarabi’s death follows reports that in his first interview with a Western media outlet since the Taliban took full control of Afghanistan, Mujahid said that while he was seeking to convey a much more tolerant image of the Taliban, music won’t. be allowed in public. “Music is forbidden in Islam,” he said, “but we hope we can persuade people not to do those things, rather than pressure them.”

Fawad Andarabi, a local artist, was dragged out of his home yesterday and killed by the Taliban in Kishnabad village of Andarab. He was a famous folk singer in the valley. His son has confirmed the incident. pic.twitter.com/ainVboIzDb

“All students are fearful and worried. They clearly understand that if they go back to school, they could face consequences or be punished for what they have been doing,” said the founder and director of the Afghanistan National Institute of Music, Dr. Ahmad Sarmast. . he told the BBC. He said that some students had returned their instruments to the school when the Taliban arrived in the city.