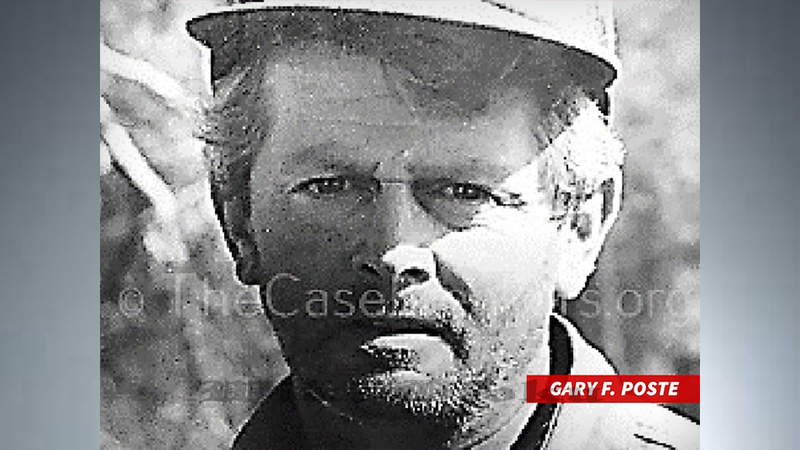 Gary Poste was a California man who is named in a press release as the notorious Zodiac Killer by a team of 40 researchers and experts calling themselves Case Breakers.

The Case Breakers are made up of journalists, former police officers, and military investigators who have volunteered their time. According to Hill, Poste died in 2018. His full name is Gary Francis Poste. Online records show that he had an address in Groveland, California, died at age 80, and was affiliated with a painting business. He was married.

The Zodiac is one of the nation’s most feared and mysterious serial killers, stalking the San Francisco area in the 1960s, sending out codes that many have tried to crack. The serial killer is linked to five murders in the late 1960s in San Francisco, California, and the Case Breakers team believes he committed a sixth. The Zodiac claimed to have killed many more. Many people have tried to crack the codes and identity of the Zodiac over the years, and the authorities have not publicly confirmed Poste as the Zodiac killer.

Over the years, many other suspicious names have been thrown for Zodiac Killer. You can see a list of other names on History.com.

In 2020, another team deciphered one of the Zodiac’s cryptic messages, according to The New York Times. “I hope you’re having a lot of fun trying to catch me” and “I’m not afraid of the gas chamber,” the coded message read, The Times reported, citing the work of David Oranchak, Sam Blake, and Jarl Van. Eycke, who broke that cipher.

The Case Breakers team is convinced that Poste also killed a woman in Riverside, California, named Cheri Jo Bates, and they want DNA evidence to match him. But Riverside police do not believe that she is Bates’ killer.

According to the press release, “An elite CSI team from two Maryland universities has been banned from studying hairs found on the clenched fist of a teenage student, murdered more than half a century ago. Experts firmly believe they belong to a newly discovered ‘Zodiac Killer’ suspect – a psychopath who shot, stabbed or strangled ten Californians to the death between 1962 and 1970. ”

They say that after Cheri Jo Bates’ body was discovered on October 30, 1966, the Riverside Police Department (RPD) “diligently cleaned the hair, skin, and blood found under her fingernails. . The boss at the time, L.T. Kinkead said the nighttime attack outside the city’s university library left her with 42 stab wounds and ‘nearly beheaded.’

On September 29, according to the statement, RPD Public Information Officer Ryan J. Railsback said the department is “100% certain” that Bates “was killed by someone other than the Zodiac.” But his agency has refused to allow a simple comparison of her computer-coded DNA to the sequence of GARY F. POSTE, whom forensic experts now think is “a very strong suspect.” Poste’s DNA is being stored in Vallejo PD, 7 hours to the north. ”

The Case Breakers “hoped to share all of these results with the RPD, including the secured DNA of their suspect that she recently died. The department’s current chief of police is the eighth in a row that he has refused to consider the infamous killer, despite the FBI, in 1975, calling Bates ‘the sixth victim,’ “the statement said.

Team organizer Thomas J. Colbert said in the press release: “Fifty-five years ago this month, RPD decided to ignore the obvious. It would take just a few minutes to quickly and silently compare Poste’s DNA. You’d think the pain that Cheri Jo’s family and her old friends have been living with would be Priority # 1. We hope the next boss finds the courage … ”

The Zodiac was known to hit San Francisco; Bates died in 1966 in Riverside, California. According to Fox News, Bates, 18, “was found dead in an alley on the Riverside City College campus.”

“Our Homicide Resolved Unit has determined that the 1966 murder of Cheri Jo Bates is unrelated to the Zodiac killer,” the Riverside Police Department’s Homicide Resolved Unit told Fox News. “We understand the public interest in these unsolved murders, but all inquiries about the Zodiac Killer should be referred to the FBI. The Cheri Jo Bates case remains an open investigation and we do not have any additional details to disclose at this time. ”

The Case Breakers Say They Have Matched Poste’s

A key piece of Case Breaker’s evidence that Poste was a Zodiac: scars on his forehead.

The Case Breakers press release contains a copy of a news article about a car accident in Clinton, Indiana. He killed an airman from the Rocksville radar station and seriously wounded another. The Case Breakers believe that this is how Poste got his distinctive forehead scar: it was the “wounds from a car accident” from 1959. They included the sketch of the Zodiac by an artist from the San Francisco Police Department, who had that unique scar. on the forehead.

“That includes photographic evidence, as a former FBI agent put it, of ‘irrefutable’ scars on the forehead of our Zodiac, detected by 3 witnesses and an observing police officer, and then relayed to the 1969 SFPD cartoonist.”

The Case Breakers Outline Other Clues at the Bates’ Murder Scene

Jen Bucholtz, a former Army counterintelligence agent, told Fox News that there are clues in the Zodiac figures that point to Poste.

“So you have to know Gary’s full name in order to decipher these anagrams,” Bucholtz told Fox News. “I don’t think there is any other way that someone would have found out.”

The press release says other leads at the Bates murder scene lined up with Poste.

1) On 10/30/66, Riverside PD detectives collected a wristwatch with a broken band, thought to have come off the killer during his assault. Investigators believe this Timex was purchased at a military base PX. (In the mid-1960s, Poste was a USAF veteran receiving medical check-ups for a gun accident injury at the March Air Force Base hospital – just a 15-minute drive from Bates’ college murder scene).

2) Forensic lab also noted paint spattered on the wristwatch’s face. (In 1963, veteran Poste became a house painter for over 40 years; was the watch strap checked for DNA?).

3) Also found: a heelprint in the dirt, later confirmed to be from “a military-style boot,” size 10. (The same style and shoe size found at three other Zodiac crime scenes – and style/size of Poste).

They also cited unusual words used in a confession to the Bates murder that was sent anonymously to the Riverside Daily Enterprise a month after that murder; some of the same phrases appear in zodiac communications, such as the word “twitch.”

The team also highlights what it calls Zodiac “fonts.” They include:

A man named Wil, described in the press release as a “zodiac whistleblower turned outlaw” who “escaped the Poste Zodiac criminal” gang “that roamed for decades in the Sierra Alta. Now in his 50s and hiding in Northwest, Wil says he’s angry and embarrassed, claiming that the psychopath ‘set me up to become a killing machine.’

He told Poste’s Case Breakers: “He had a great side. He just had no conscience. He could kill indiscriminately. And I mean, you know, he’s pretty proven that over the years, he couldn’t even stop himself after moving here. Uh, he still had to keep killing, even if they were small animals just to feel better. I’ve seen him kill bears, deer, otters, uh, ferrets. Marmots, whatever he lived through, he liked to shoot them, watch them fall. He liked to mess with corpses when he was done. He just got bloody. ”

Case Breakers noted: “Wil says he saw Poste burying the murder weapons and has given the team the excavation site.”

Another witness cited in the statement is Michelle, Poste’s daughter-in-law. “… when her 10-year marriage ended, Michelle says that Poste ordered two of her criminal ‘gangs’ to go after her, smashing her windows, then threatening, harassing and assaulting her until she moved out of state,” states the release.

Poste and his wife cared for a woman named Gwennie in the 1970s. The statement states that “he taught her to use firearms, sometimes going to the woods five days a week. In the last year of his childcare, he witnessed Poste’s callousness and violence towards his wife, a wife who only slept on a couch. Gwennie recently ran into the 75-year-old wife, now in assisted living. And the phone call surprised her, one line in particular: “I’m sorry I didn’t tell the police about her [Zodiac] past.”

The Volunteer Task Force Is Made up of 40 People

Who are the Case Breakers?

According to the press release, it is a “voluntary task force of 40, led by the retired FBI, known as The Case Breakers.” For ten years, former law enforcement officials, prosecutors, intelligence officers, police investigators, and others have quietly assisted law enforcement agencies, free of charge, with their unsolved cases. Hence, the cordial approach of the RPD. ”

Among the Case Breakers profiled in the statement:

“Tom Mauriello (Laurel, MD), with the team since 2011, spent 30 years at the DOD in many capacities, as a police officer, special agent, polygraph examiner, and chief of police. He now teaches criminal investigation / forensic science courses while managing the Crime Lab at the University of Maryland. Declared one of the top 15 CSI experts in the country, he was appointed to assemble the 3-person forensic team to approach the Riverside Police Department.

“Bill Proctor (Bloomfield Hills, MI) was first a police officer, then a 40-year-old journalist, investigative reporter, and presenter who was recently inducted into the Michigan Journalism Hall of Fame. But in the last 20 years, he has become a private investigator who focuses on finding people wrongly incarcerated and the corrupt officials who put them there. His nose for his misbehavior has earned him another fanbase, and that is why he is in the Zodiac investigation. ”

“Jen Bucholtz (Peyton, CO), a former Army counterintelligence agent who served in Iraq and Afghanistan, is a published author with master’s degrees in both criminal justice and forensic science.”

Linton A. Mohammed, Ph.D. (San Francisco, CA), is a past president of the American Society of Questioned Document Examiners [ASQDE] and a member of similar organizations in Canada and England. He has testified in more than 100 trials in the US, the Caribbean, and the UK. Linton worked with the team on handwriting at the D.B. Cooper Case. He has now been recruited to compare our Zodiac suspect’s handwriting with the serial killer’s 19 coded letters. ”

“Former Army Intelligence Officer Erik A. Kleinsmith (Chantilly, VA) is the vice-chairman of the team’s board. He was critical of link/network analysis during ‘D.B. Cooper hunt (Left; 2011-18), who organizes 40 years of forensic evidence, maps, and materials into TJC’s 100-page crime report. Kleinsmith is also the author of the acclaimed 2020 Research Bible, Intelligence Operations: Understanding Data, Tools, People, and Processes. ”