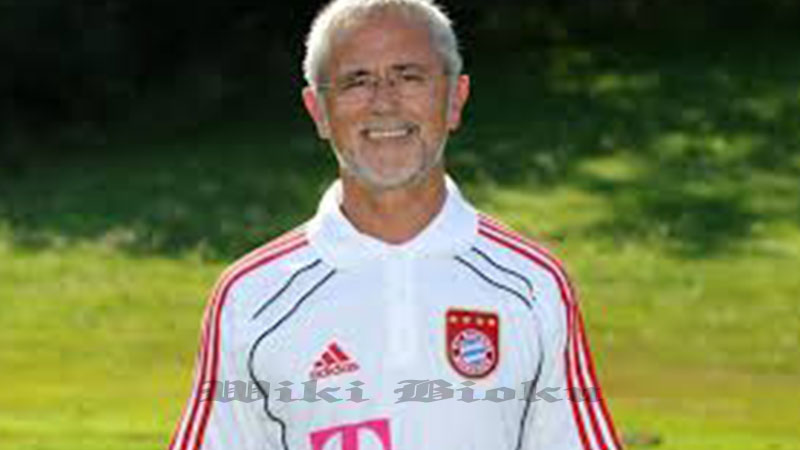 Gerd Muller was a German professional footballer, has passed away. A prolific forward recognized for his clinical performance, especially in and around the six-yard area, he is widely regarded as one of the best scorers in the history of the sport.

Muller, one of the best strikers in history, scored 68 goals in 62 games for the Federal Republic of Germany, including the winning goal in the 1974 World Cup final against the Netherlands.

He also scored 547 goals in 594 competitive matches over 15 years for Bayern in the Bundesliga.

“Gerd Muller was the best forward ever, and a good person, a personality in world football. We are united in deep sorrow for his wife Uschi and his family.

“Without Gerd Muller, FC Bayern would not be the club we all love today. His name and his memory will live on forever.”

However, Muller quickly developed a reputation for being a clinical striker and his goals helped Bayern win the league title four times between 1969 and 1974.

His prowess in the penalty area quickly made him one of the most feared forwards at the club and international level, and another Bayern great, Karl-Heinz Rummenigge, described Muller in 2015 as “the greatest of all time, the Muhammad Ali from the penalty area “. “.

Muller retired from international soccer shortly after helping West Germany win the World Cup in 1974 at just 28 years old, but he continued to enjoy success at Bayern before leaving in 1979 to join the Fort Lauderdale Strikers.

He played three seasons in the United States before announcing his retirement in 1982.

Gerd Muller has died at the age of 75-years-old.

Muller, the two-time German footballer of the year, won the Golden Boot for scoring 10 goals in the 1970 World Cup and also won the Ballon d’Or that year.

He helped West Germany win the European Championship two years later, scoring two goals in a 3-0 victory against the Soviet Union in the final.

“As a player and as a person, Gerd Muller represents FC Bayern and its development into one of the biggest clubs in the world like no other. Gerd will always be in our hearts.”

During his 15 years at Bayern, Muller was the Bundesliga’s top scorer seven times. He also held the record for the most goals in a calendar year after scoring 85 in 1972 until Lionel Messi surpassed his total in 2012.

His record of 40 goals in a Bundesliga season, scored in 1971-72, stood for 49 years before it was broken by Robert Lewandowski in May.

In 2015, the club announced that he had been diagnosed with Alzheimer’s disease.

With 365 goals in 427 Bundesliga games, he is the record scorer in Bundesliga history.

He scored 40 goals in 1971-72, a Bundesliga record that was broken last season by Robert Lewandowski (41).
In the 1969-70 season, he scored in 16 consecutive Bundesliga games, a record still unshakable.
He was the top scorer in seven Bundesliga seasons, also a record.
The “Bomber der Nation” (“the nation’s bomber”) is also the best scorer in the history of the German Cup: he scored more times (78 goals) than games (62).
Only Miroslav Klose has scored more goals for Germany (71) than Muller (68). However, Klose also played more than twice as many internationals (137) as Muller (62).

Bayern Munich and Germany legend Gerd Muller have died at the age of 75.

Franz Beckenbauer was surprised to hear on Sunday that his former teammate Gerd Müller had passed away. ‘Der Kaiser’ has fond memories of ‘Der Bomber’, with whom he played for a long time at Bayern Munich and the German national team.

“Although I knew for some time that I had to take this news into account, it was a huge shock,” Beckenbauer told Bild. “Gerd was such a nice man and much more subtle than anyone thought. He and I were like brothers.”

Müller, who died at the age of 75, who was diagnosed with Alzheimer’s disease as early as 2015, is known as one of the best German footballers of all time. The forward scored no less than 523 goals in 580 official matches for Bayern Munich, where he was under the contract between 1964 and 1979.

A true Legend not only for @FCBayern and Germany but also for football.
The best striker in history.
My condolences to his family and friends and Bayern fans.
RIP Gerd Muller https://t.co/8iuzaYdE5C

Gerd Müller is one of the most important players in the history of FC Bayern.