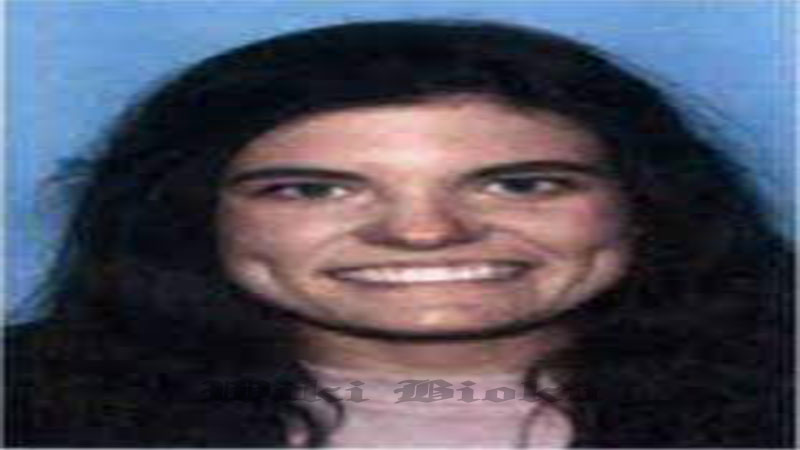 Gracyn Courtright is a student of University of Kentucky and West Virginia native who is facing federal charges in connection to the January 6, 2021, riot at the U.S. Capitol. Courtright posted photos on Instagram showing her at the pro-Trump rally in Washington D.C. before the riot and shared videos on Twitter showing her inside the Capitol building during the siege, according to federal prosecutors.

“I cannot express in words how insulted and disgusted I felt when it was reported a fellow student of my university attended,” Gobeli wrote on Change.org. “The actions by Gracyn Courtright on that day damage the democratic values that the University of Kentucky and United States stands for, undermine the institutions that are the bedrock of our great democracy, and completely insult and undercut the work that I and thousands of other University of Kentucky students put in every day to increase civic engagement among students and defend our democratic values and institutions.”

Gobeli added, “Such actions have no place at the University of Kentucky.”

The school said in a statement on Twitter, “Per our policy, we don’t discuss individual student disciplinary matters. In general, the Code of Student Conduct applies both on and off campus. If local, state or federal laws are broken, the student code of conduct applies.”

The University of Kentucky begins its spring semester, which would be Courtright’s final semester at UK, on January 25. It is not yet known if Courtright will still be enrolled when the semester begins.

Courtright, who has a twin sister, is majoring in mathematical economics at the University of Kentucky, according to her Merit Pages account. She was named to the school’s dean’s list after the fall and spring semesters in 2020, according to posts by Courtright on Merit pages.

But according to court documents, Gregory Courtright was contacted on January 14 to set up an interview for his daughter with the FBI, and he said he was not comfortable with her giving a statement “unless she was notified she would not get in trouble for her actions.” Gregory Courtright did tell the FBI agent his daughter “traveled to Washington D.C. to be at ‘the party’ and stayed with friends from high school who live in the D.C. area.”

Hanna wrote in her affidavit, “According to her father, she was in front of the crowd during President Donald Trump’s speech. Her father further stated that she made it into the Capitol an hour after Trump gave his speech … Her father stated that she had recalled walking up a ramp prior to entering the Capitol and was able to walk in. The father concluded by stating that if his daughter was charged with a crime, he would assist in ensuring she turned herself in to authorities.”

Courtright uploaded a selfie photo on her Instagram story on January 6 or January 7 before she deactivated her account with the caption, “Infamy is just as good as fame. Either way I end up more known. XOXO.” The Instagram photo was posted after she had shared photos from the rally and videos from inside the Capitol building, according to court documents. She had pushed back against people on social media who had called her out for being at the rally and siege.

Federal authorities received tips about Courtright after asking the public for information on those who were possibly inside the Capitol during the siege. FBI Special Agent Mariam Hanna wrote in an affidavit, “Following this incident, the FBI reviewed screenshots from an Instagram account under the account name @gracyn_dawn. This account name is consistent with Courtright’s first and middle name. This account has since been deleted, so your affiant was unable to view the photographs on the Instagram page. However, the photographs that were posted were captured and provided to law enforcement via screenshots.”

Hanna said they were able to identify Courtright through the beanie-style hat with a yellow band, black puffer-style jacket, black shirt over a pink shirt, black pants, light pink socks and black fanny pack she was wearing in her Instagram photos at the Capitol. Hanna also compared the Instagram photos to Courtright’s West Virginia driver’s license and found “significant physical similarities,” including her hair color, facial structure and dimples on both sides of her face.

Hanna said a Twitter video provided to the FBI that Courtright posted shows her walking through the Capitol and chanting “USA” with others, while another video showed her chanting “whose house, our house,” toward a line of police officers. She was identified in those videos because she turned the camera toward herself and Hanna saw she was wearing the beanie with a yellow band, according to court documents. Hanna also said Courtright could be seen in a Washington Post photo of a crowd inside the Capitol because her “unique hat with the yellow band” stuck up above the other people.

Courtright exchanged Instagram messages with someone who later sent screenshots of the conversation to the FBI, according to court documents. The person who messaged her wrote, “you were there???” and Courtright responded, “Yes it wasn’t violent like the news said I took pictures all in the building I never saw the violence I guess I was lucky. The cops like let’s us walk in.” Courtright said she walked into an area where desks for the Senate are and said, “it’s history idc … I thought it was cool.”

The person she was messaging with then called her a moron and said she and her “what’s cool about that lady dying because you and your fellow idiots are crybabies over an election??? she’s dead,” in an apparent reference to Ashli Babbitt, who was shot and killed by Capitol Police while climbing through a broken window near the House floor. “It’s history??? You’re in the wrong side of it dumb***. You embarrassed everyone who knows you,” the message said.

On Twitter, using her account @gracyn_forever, Courtright tweeted along with a video, “the police officers walked around with us, nobody is being violent!!! (From what I saw.) In another tweet with a video, she wrote, “PEACEFULLY CHANTING!!!!!!!!!!! Nobody fighting or destroying anything some of my CNN and Fox News watchers need to think for themselves.”

According to an affidavit filed by the U.S. Attorney’s Office for the District of Columbia, Courtright was charged on January 16 with knowingly entering or remaining in any restricted building or grounds without lawful authority, knowingly engaging in disorderly or disruptive conduct in any restricted building or grounds, violent entry and disorderly conduct on Capitol grounds and theft of government property under $1,000.

Courtright wrote in the caption of her Instagram photos from the pro-Trump Capitol rally, “can’t wait to tell my grandkids I was here!” The series of three photos had 106 likes and 19 comments at the time when the screenshot was taken. Courtright has since deleted her Instagram, Twitter and Facebook pages. Prosecutors included a screenshot of that photo in court documents.

Courtright could also be seen in a still shot from a video carrying a sign that read “members only,” while walking through the Capitol building, federal prosecutors said. According to court documents, surveillance video from the Capitol building showed Courtright entering through a door near the West Senate Stairs at 2:42 p.m. and walking up the steps near the Senate Chamber at 3:01 p.m. carrying the “members only” sign. Courtright was not seen entering the Senate Chamber, according to court documents. The surveillance video also showed a police officer taking the sign from Courtright at 3:05 as she left the building. That photo was also included in court documents.

Courtright and her father, who is a lawyer, could not immediately be reached for comment by Heavy. Court records do not show if Courtright has hired an attorney who could speak on her behalf. An arrest warrant has been issued for Courtright, but it was not known as of the evening of January 17 if she was in custody or when she would be arrested.

Courtright is among the youngest of those publicly charged in the Capitol riot so far. Only Hunter Ehmke, a 20-year-old California man, is younger. Courtright is also among only a handful of women known to be charged as of January 17. According to the George Washington University Program on Extremism database, 55 other people had been charged as of January 15, including 50 men and five women. The average age of those charged publicly so far is 43, according to the GWU program’s analysis of cases.

According to court documents, the Capitol building was a “restricted building,” at the time when Courtright entered it. She entered a “posted, cordoned off or otherwise restricted area of a building or grounds where the president or any other person protected by the Secret Service, including the vice president, is or will be temporarily visiting.” The FBI also said Courtright violated the law that makes it illegal to “parade, demonstrate or picket” in the Capitol building. And the third charge accuses her of stealing the “members only” sign, which is valued at less than $1,000.

Courtright’s father told the FBI that even though he is an attorney, his daughter would hire a separate criminal attorney to represent her if she was charged. It was not immediately known if Courtright has hired an attorney and when she is scheduled to appear in court for the first time. She is likely to face charges initially in either Kentucky or West Virginia, depending on where she is arrested, and the case will then be transferred to D.C. federal court. The case has been assigned to Magistrate Judge Zia Faruqui in D.C.