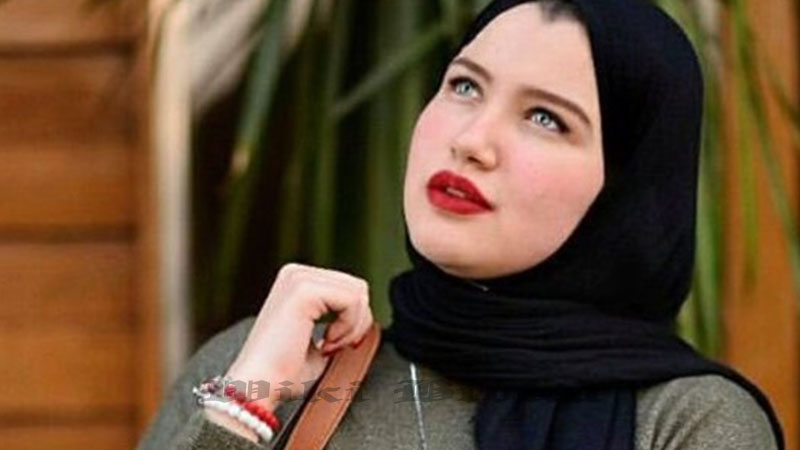 Haneen Hossam, Two Egyptian TikTokers were arrested just two days after a Cairo court sentenced them to years in prison over human trafficking-related charges. Haneen Hossam is a university student and she has 1.2 million TikTok followers.

According to allegations, Hossam offered women 18 years old and above the chance to work from home. The promised salary was around $2,833 to $3400, just for making live videos and talking to strangers. Hossam told aspirants: “You will be able to form friendships with people in a respectable way.” Initially threatened with expulsion from Cairo University where she was a student of archaeology, Hossam had defended herself and denied claims of “debauchery”. The influencer added: “There are famous actors that use TikTok. Does this mean they work in prostitution?”

One of Hossam’s strongest defenders has been Egyptian feminist Ghadeer Ahmed who claimed the TikToker had been the target of several bullying campaigns by officials and authorities. “This video went viral and some TV hosts and YouTubers started to incite against her, saying she wants to hire young Egyptian women as ‘digital sex workers,’ which is illegal and goes against the so-called public moralities.” Adding that Hossam wasn’t the first woman to get arrested for “violating public moralities”, Afmed called this a common phenomenon in Egypt.

Two Egyptian TikTokers were arrested just two days after a Cairo court sentenced them to years in prison over human trafficking-related charges. One of the women arrested is Haneen Hossam, who was sentenced in absentia to 10 years in prison. The other TikToker has been identified as Mawada Eladhm or Mowada al-Adham.

Although their rulings are not final, Hossam has been accused of escaping trial since the court ordered her arrest in April. Hossam was accused along with the others, of human trafficking by “using girls in acts contrary to the principles and values of Egyptian society with the aim of gaining material benefits.” The accused Tiktokers were alleged to be “part of a criminal group organized for human trafficking purposes” who exploit victims’ “poor” financial circumstances by promising a sum of money. Their arrests come amid a spate of TikTokers’ arrests, but it’s for trying to teach women how to make a living through the app.

Following the court’s ruling on Sunday, June 21, 19-year-old Hossam appeared on camera, bawling her eyes out about her 10-year sentence. She also denied committing any human trafficking as alleged. “How would a 19-year-old girl commit human trafficking? That is a very big term that I do not even know about. I never hurt anyone,” Hossam said in the video. News of her arrest, the court’s ruling, and the subsequent protests against the same were reported by News Ahram and The Sun.

The university student with 1.2 million TikTok followers was arrested for inciting debauchery and human trafficking. Both Hossam and Eladhm were initially arrested last year and sentenced to two years in prison and a fine of $19,167, for “attacking society’s values” and “violating family values and principles” through the videos posted in their TikTok accounts. While the latest Sunday ruling gave Eladhm six years in prison, Hossam’s was long after she went into hiding. The two were also slapped with $12,735 (£9,100) fines each by a Cairo judge for encouraging women to use TikTok to earn money.

Both Hossam and Eladhm have been accused of “using girls in acts contrary to the principles and values of Egyptian society with the aim of gaining material benefits” by encouraging women to make TikTok content for a living. Other charges slammed on the two include “corrupting family values”, “inciting debauchery” and “encouraging young women to practice sexual relations”, Eladhm’s lawyer Saber Sokka said. One of these alleged videos, sees Hossam tell her 1.3million followers they could work for her and earn money.

These arrests and subsequent rulings have sparked a debate about Egypt’s growing prowess in eradicating ‘provocative content’ from social media. Dubbed as a worrying trend, these jailings are out to remove anything off their social media that is seen as contradicting traditional morals. Among the recent TikTokers, others who have been arrested include several belly dancers and pop singers. According to the Humans Rights group, freedoms are being curbed under President Abdel Fattah al-Sisi, who seized power in 2014.