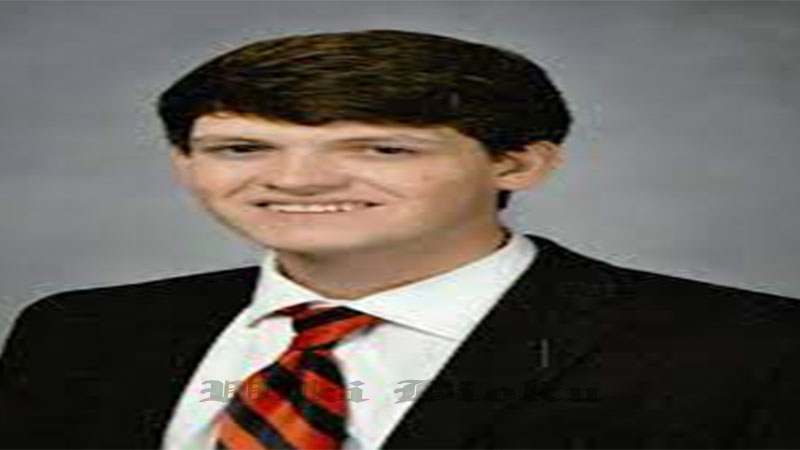 Harrison Deal was a Georgia student who worked as a field staffer for U.S. Senator Kelly Loeffler, who died in a car crash the senator said on Twitter.

Deal was studying at the University of Georgia, according to his LinkedIn page, and started working for Loeffler’s campaign in July. He is survived by his father, Curt Deal, who won reelection as Bulloch County Commissioner for Seat 2A earlier this year; his mother, Jenni Groover Deal; and two sisters.

“More importantly, Harrison was a smart, bright, loving, loyal and outstanding young man,” Loeffler said in her statement. “Harrison embodied the very best of this campaign – and the very best of our state. We will forever cherish and honor Harrison’s memory, and I ask every Georgian to join us in praying for his family during this difficult time.”

After learning of Deal’s death, Loeffler canceled a campaign stop in Savannah with Vice President Mike Pence and fellow Republican senatorial candidate David Perdue. Instead, she traveled back to Washington, D.C., according to The Washington Times.

Deal was also a huge fan of Loeffler. On November 4, he wrote on Facebook:

So proud of this hard working team of mine at the Athens Field Office! Now the 9 week journey begins to defeat Radical Warnock. Thank you Georgia for getting out and voting for our Great Senator Kelly Loeffler! If you would like to join Team Kelly as a volunteer or intern please let me know!!

Harrison Deal has died at the age of 20-years-old.

Before Deal, who was from Statesboro, campaigned for Loeffler, he helped out with his father Curt Deal’s campaign for Bulloch County Commissioner. He wrote on Facebook, “Like the sign says, he’s the most honest, dependable, and experienced candidate on the ballot!!”

Curt Deal, who owns Deal Funeral Home in Statesboro, defeated challenger Chris Akins, a local farmer and businessman, as reported by the Statesboro Herald. The Herald article said Deal’s father is a member of Statesboro’s First Baptist Church; Harrison Deal seems to have shared his father’s beliefs, as he regularly used Bible passages as captions for his Facebook photos.

Romans 13:1 “Let everyone be subject to the governing authorities, for there is no authority except that which God has established.”

Let us remember that no matter the outcome of this election God is still the one with ultimate power, and He never fails His people. May God Bless Georgia and May God Bless the United States of America.

Deal had a close relationship with Kemp. On December 2, Deal shared a tribute to Kemp’s family on Facebook. He wrote, “I will never be ashamed of this man. To have known him personally for the past two years, I can assure you the information currently being spread about him is completely false. He is the furthest thing from a corrupt man. He will always stand up for what’s right and what’s in the best interest for the people of Georgia.

“Mr. Brian is first off a dad and a husband to one of my favorite families. I will always be willing to fight for each one of them.”

Kemp shared a moving letter to Deal’s family on Friday after learning of the car crash. He wrote, “Today, we lost a member of our ‘Kemp Strong’ family and words cannot express how much Harrison Deal’s life, love, and support meant to us. He was a person of deep faith, unmatched integrity, and incredible kindness. Harrison was the Kemp son and brother we never had.

“Our prayers are with the Deal Family – and countless others – as they mourn the tragic loss of Harrison. He brought people together and made everyone feel important and special.”

Statement from the Kemp Family on the Passing of Harrison Deal: pic.twitter.com/l5uSWuo05H

Kemp and his wife also canceled their meeting with Pence on Friday, as reported by The Atlanta Journal-Constitution.

Deal was dating Kemp’s daughter, Lucy Kemp, according to his Facebook profile. Lucy Kemp is also a student at the University of Georgia.

Harrison Deal was a 20-year-old Georgia student who worked as a field staffer for U.S. Senator Kelly Loeffler, who died in a car crash on December 4, 2020, the senator said on Twitter.

Loeffler tweeted on Friday afternoon, “It is with an extremely heavy heart that we mourn the loss of Harrison Deal. My heart aches for his family, and Jeff and I will continue to surround them in love and prayer in the days ahead. Harrison was a beloved member of our campaign team.” Loeffler, a Republican who was appointed to the Senate by Georgia Governor Brian Kemp in December 2019, is running to keep her seat against Democratic U.S. Senate candidate Raphael Warnock in a runoff race on January 5.

After learning of Deal’s death, Loeffler canceled a campaign stop in Savannah with Vice President Mike Pence and fellow Republican senatorial candidate David Perdue. Instead, she traveled back to Washington, D.C., according to The Washington Times.

According to the Atlanta Journal Constitution, the crash occurred the morning of December 4 in Pooler, Georgia, about 14 miles west of Savannah in the southern part of the state. Three vehicles were involved in the crash on I-16 East about 10 a.m., according to Pooler Police.

“Pooler Police are currently on scene with a major accident at 16 East bound and Pooler Parkway, including one vehicle on fire. You are encouraged to seek an alternate route as this area will be closed while First Responders work to assist those involved and clear the scene,” the department said on Facebook.