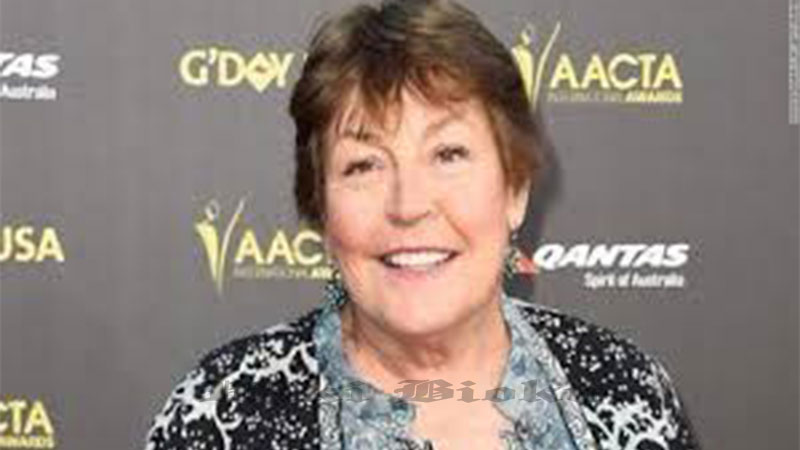 Helen Reddy, the Australian-born singer whose 1972 hit song “I Am Woman” became the feminist anthem of the decade and propelled her to international pop-music stardom, died Tuesday in Los Angeles.

Helen Maxine Lamond Reddy was born on Oct. 25, 1941, in Melbourne, Australia, the only child of Max Reddy, a writer, producer and actor; and Stella (Lamond) Reddy, an actress whose stage name was Stella Campbell. Her father was in New Guinea, serving in the Australian Army, when she was born. The Reddys performed on the Australian vaudeville circuit, and Helen began joining them onstage when she was 4.

At 12, she rebelled by quitting show business and going to live with an aunt while her parents toured. But her financial situation — after an early marriage, parenthood and divorce — persuaded her to return.

The Australian-born singer enjoyed a prolific career, appearing in “Airport 1975” as a singing nun and scoring several hits, including “Ain’t No Way To Treat a Lady,” “Delta Dawn,” “Angie Baby” and “You and Me Against the World.”

Born in Melbourne in 1941, Reddy grew up in a showbiz family with actor parents, and performed regularly as a child.
After winning a talent contest in Australia, her prize ticket took her to New York City in the 1960s, where she auditioned for a recording contract.
That opportunity fell through but the soprano decided to stay on in the US, later signing with Capitol Records.

Her first hit, I Don’t Know How to Love Him, was followed by a succession of others including Crazy Love, Delta Dawn, and Angie Baby.
But it was her second hit, I Am Woman, which catapulted her to international fame and became a defining song for a generation of women.
Reddy said she had penned the lyrics – with lines such as “I am woman, hear me roar” and “I am strong, I am invincible, I am woman” – after struggling to find other songs which reflected her pride in being a woman.

Helen Reddy has died at the age of 78-years old.

Reddy’s children Traci and Jordan announced that the actor-singer died Tuesday in Los Angeles. “She was a wonderful Mother, Grandmother and a truly formidable woman,” they said in a statement. “Our hearts are broken. But we take comfort in the knowledge that her voice will live on forever.”

The Australian singer was also known for “Delta Dawn” and “Ain’t No Way to Treat a Lady.”
A film biography of Reddy’s rise from single mother in New York City to hit artist — titled “I Am Woman” — premiered last month. The film stars Tilda Cobham-Hervey as Reddy and features a new song by Reddy’s granddaughter Lily Donat.

“I Am Woman” was released in 1971, but didn’t make it to No. 1 on the Billboard Hot 100 until December of the next year. Then, in 1973 Reddy won her first GRAMMY for the song, according to the Recording Academy GRAMMY Awards website.
“I would like to thank God, because she makes everything possible,” Reddy said in her short acceptance speech. She would go on to be nominated for another GRAMMY in 1976.
“Our hearts are broken,” the statement from her children said. “But we take comfort in the knowledge that her voice will live on forever.”

Among those to pay tribute on Wednesday was Unjoo Moon, who directed a biopic about Reddy – titled I Am Woman – which was released earlier this year.
“She paved the way for so many and the lyrics that she wrote for I Am Woman changed my life forever like they have done for so many other people and will continue to do for generations to come,” Moon said.
Actress Jamie Lee Curtis shared a clip of Reddy singing her anthem at a Women’s March protest in Los Angeles in 2017, part of global rallies which directed anger at US President Donald Trump.

she wrote, adding: “Read the lyrics”.
Fellow actresses Jane Lynch and Patricia Arquette and 1970s singing group The Pointer Sisters also posted tributes.
At the height of her fame, Reddy toured internationally and was a regular guest on Hollywood showcase shows.
She hosted a season of the Helen Reddy Show on NBC TV in 1973, and a year later was awarded a star on the Hollywood Walk of Fame.
Later in her career she also featured in a handful of films and stage musicals.

Helen Reddy, singer of the 70’s feminist anthem “I Am Woman,” died Tuesday, according to a statement on her Facebook fan page. She was 78.

“It is with deep sadness that we announce the passing of our beloved mother, Helen Reddy, on the afternoon of September 29th 2020 in Los Angeles. She was a wonderful Mother, Grandmother and a truly formidable woman,” said a statement attributed to her children Traci and Jordan.

Reddy died on Tuesday in Los Angeles, her family said in a statement on Facebook.
Her children Traci Donat and Jordan Sommers described her as a “wonderful mother, grandmother, and a truly formidable woman”.
“Our hearts are broken. But we take comfort in the knowledge that her voice will live on forever.”
Reddy, who had Addison’s disease and was diagnosed with dementia in 2015, spent the last years of her life in a celebrity care home in Los Angeles.
She had a string of pop-rock hits in the 1970s, but is best known for the 1972 anthem I Am Woman – which became prominent in the women’s liberation movement.