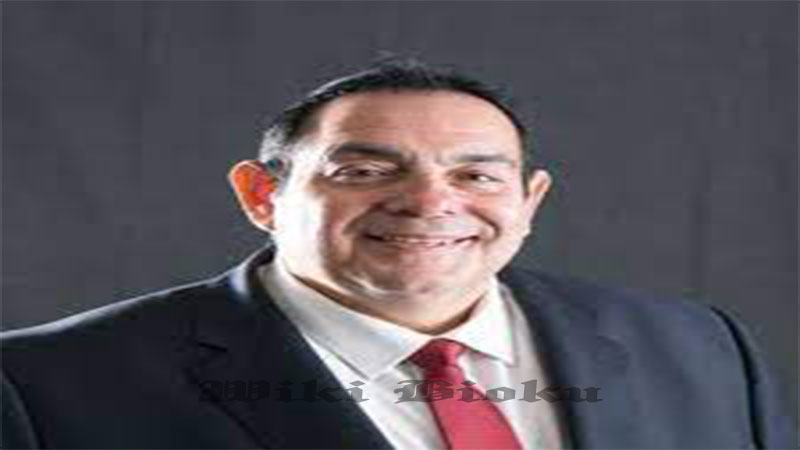 Heshy Tischler was a School Choice Party candidate for District 44 representative on the New York City Council in New York. He was defeated in the general election on November 7, 2017.

Tischler’s experience includes work in travel and as an expeditor for Greenline Building Consultants, the host of the Just Enough Heshy radio show, a teacher, and a contractor developer.

Heshy Tischler, an aspiring politician and the de facto leader of the protest movement which has spread through Orthodox Brooklyn the past two nights in response to New York’s new COVID-19 restrictions, told reporters that he has a “moser” list.

“Moser” is a Hebrew term for one who informs on the Jewish community to outside authorities, which according to the Bible warrants the death penalty. Such a court has not existed for nearly 2,000 years, but the term has been used more recently in discussions over the reporting of sexual abuse to secular authorities in Orthodox communities.

Tischler mentioned two men at the top of his list: Orthodox journalist Jacob Kornbluh, as well as Mordy Getz, who filmed a protest Tischler led on Tuesday night. At that event, Berish Getz, Mordy’s brother, was beaten and had to go to the hospital.

“Mr. Getz was up there filming people, supposedly posting to outside of the community, trying to embarrass us,” Tischler said in a video he tweeted out last night. “Again, he embarrassed the Jewish community like he always does. Him, and Mr. Kornbluh, I know you don’t want to hear it, these are the two guys at the top of my moser list.”

Wednesday night, Kornbluh, an ultra-Orthodox journalist, was attacked and called names like “Nazi” and “Hitler” as he tried to cover the protests in his home neighborhood of Borough Park.

Tischler, who is also Orthodox, was taken into custody at his house in Borough Park and charged with unlawful imprisonment and inciting a riot, according to police.

The New York City Police Department Warrant Squad has taken Harold “Heshy” Tischler into custody. He will be charged with inciting to riot and unlawful imprisonment in connection with an assault of a journalist that took place on October 7, 2020 in Brooklyn. pic.twitter.com/cLkfcBpZUu

Videos posted to social media show Tischler being escorted by police into a dark minivan as dozens of people look on.

Tischler last Friday indicated he would be turning himself into police on Monday morning after he appeared to egg on an unruly mob of protesters who attacked Jacob Kornbluh, a reporter for Jewish Insider.

The firebrand complained on camera Sunday night at the timing of his arrest, saying he was “tricked.”

“I called, I even spoke to the chief. They tricked me. They’re telling everybody that I was supposed to be arrested tomorrow,” Tischler said on a video posted to Twitter by Yaakov Pollak.

Yes, they got me finally. I am being arrested on Monday morning by the @NYPD66Pct at 10:00 am for inciting a riot.

Pastor Mcall & Jeffry Davis will be taking me in.

This comes after asking for peaceful protest with absolute no violence, tweeted.@jacobkornbluh threatened me. pic.twitter.com/Idw3rxJg6Y

The bust comes after Mayor de Blasio said on Friday an arrest was nearing in Kornbluh’s beating.

Kornbluh was punched and kicked last Wednesday by an angry crowd who screamed at him, calling him “Nazi” and “Hitler,” amid protests over the the state’s new coronavirus restrictions.

Some of the protesters were upset about Kornbluh documenting of the Borough Park protests.

Tischler’s lawyer, Sara Shulevitz, said Sunday night that her client was the victim of a “politically-motivated arrest.”

“He is not guilty and this is a politically motivated arrest and the truth will come out,” Shulevitz told The Post at Brooklyn Criminal Court ahead of Tischler’s arraignment.