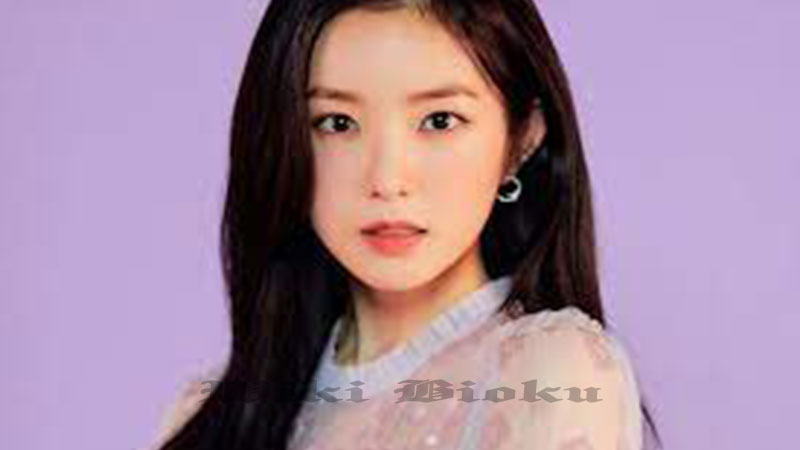 Irene whose real name is Bae Joo-Hyun, is a South Korean singer and actress. She is a member and leader of the South Korean girl group Red Velvet and its sub-unit Red Velvet – Irene & Seulgi. She is one of the members of K-Pop girl group Red Velvet, took to Instagram on Thursday to apologize for her controversial behavior toward a stylist. Although the original post on social media by the stylist didn’t name the celebrity who had mistreated her, Irene came forward to admit that it was her, as did her management company, SM Entertainment.

Irene is a member and the leader of Red Velvet, a South Korean girl group created in 2014 and managed by SM Entertainment. The group is one of the biggest k-pop groups in the world with 11 EPs, two studio albums and hits like “Psycho” and “Bad Boy.” Billboard described Red Velvet as “one of the best-charting K-pop acts in the U.S., with the most No. 1s on the Billboard World Album chart from any South Korea-based female act.”

Irene is also known beyond the music industry as a fashion icon, most notably for her work with luxury brands. In 2019, Italian jewelry brand Damiani announced that she was the new face of the company, according to Koreaboo. Most recently in 2020, she became a Prada brand ambassador, Luxuo announced.

She attended Haknam High School in Daegu. She joined SM Entertainment in 2009 and trained for five years.

On December 9, 2013, Irene was one of the second batch of trainees introduced as a member of SM Entertainment’s pre-debut training team, SM Rookies, alongside former trainee Lami and now-NCT member Jaehyun. She also appeared in the music video of labelmate Henry Lau’s song “1-4-3” several months prior.

Various clips of Irene were released in SM Entertainment’s official YouTube channel, one of which included her and Seulgi dancing to “Be Natural”, a song originally performed by SM Entertainment’s group S.E.S., showcasing their dancing.

On August 1, 2014, Irene made her official debut as a member of Red Velvet, becoming the leader of the group. Since then, Red Velvet has released eleven EPs and two studio albums as well as two reiussue albums. They have become regarded as one of the most popular K-pop groups in South Korea and worldwide. In November 2014, Irene appeared in the music video of Kyuhyun’s single “At Gwanghwamun”.

Irene was born Bae Joo-hyun on March 29, 1991 in Daegu, South Korea. Her family consists of her parents and a younger sister.

SM Entertainment, the largest entertainment company in South Korea, manages Irene and also confirmed that the unnamed celebrity was the Red Velvet member. In a statement reported by Soompi, SM Entertainment said: “We are conveying our statement about the stylist’s online post regarding Irene. Irene personally met with the stylist this afternoon and sincerely apologized for deeply hurting her with her careless attitude and emotional words and actions, and she feels sorry for causing concern with her immaturity.”https://web.archive.org/web/20201127034914if_/https://www.instagram.com/p/CFPLgG5AitL/embed/captioned/?cr=1&v=12&wp=658&rd=https%3A%2F%2Fwikibiouk.com&rp=%2Firene%2F#%7B%22ci%22%3A0%2C%22os%22%3A20332.19999998808%7D

The company added that they take responsibility for the incident and acknowledged the hard work of the staff who work in support of the company and the artists. The company said they would be working to ensure that another incident like the one involving Irene does not happen again.

Irene is a member and the leader of Red Velvet, a South Korean girl group created in 2014 and managed by SM Entertainment. The group is one of the biggest k-pop groups in the world with 11 EPs, two studio albums and hits like “Psycho” and “Bad Boy.” Billboard described Red Velvet as “one of the best-charting K-pop acts in the U.S., with the most No. 1s on the Billboard World Album chart from any South Korea-based female act.”

The post states: “This is Irene. I sincerely apologize for hurting the stylist with my foolish attitude and careless words and actions. Many people helped me get to where I am now, but I have caused great hurt with my immature actions, which I regret and am reflecting on.” It continues:

Looking back at my actions, I am ashamed of my insufficient words and actions, and I understand once again the importance of the staff. I will think and act more carefully in the future to prevent this from happening again. I sincerely apologize to all the fans who support me and to all those who have been concerned by this incident.

Kang Kook Hwa took to Instagram to share an emotional story about her encounters with a celebrity, who she did not name. The post, which has since been deleted, has been shared and translated by Newsweek. It reads: “I’ve been thoroughly trampled by this one person, and I became the position of the abused. Proven to be disqualified from being human + a puppet living behind a smiling mask + known to be a warm person by friends + an ‘adult child’ who lacks character + has a sense of entitlement + has the stupidity that reveals all the deficiencies transparently to the person they meet for the first time.”

The post also explained that the star behaved poorly: “I should have prepared myself from the stories I’ve heard before I met her. But today, I became speechless as this person stung me with her words that are like electric needles. I had no choice but to stand still with my hands, feet, and even my brain tied together. I had to stand still in front of that repulsive face that was hysterically throwing a fit at me.”