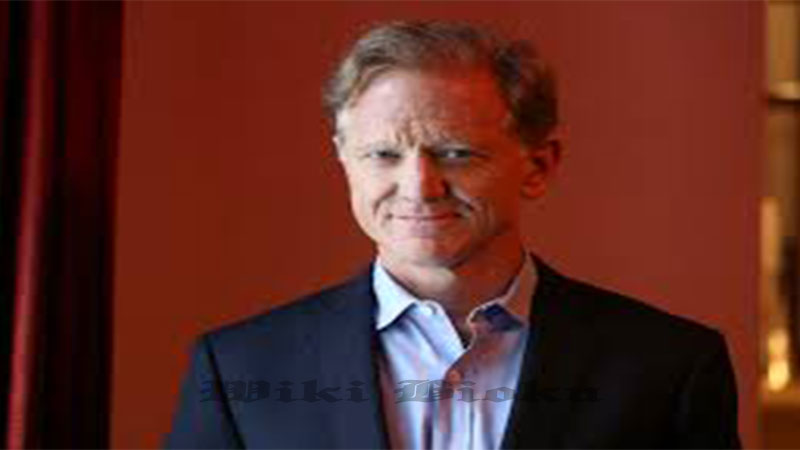 James Redford, a documentary filmmaker, activist and the son of actor Robert Redford, died of cancer on Oct. 16.
Activist and filmmaker James Redford died on Friday after being diagnosed with liver cancer, his wife Kyle confirmed via Twitter.

His famous father’s publicist, Cindi Berger, said: “The grief is immeasurable with the loss of a child.”

The 84-year-old retired actor and director starred in movies like Butch Cassidy And The Sundance Kid.

James Redford has died at the age of 58-years-old.

“Jamie [James] was a loving son, husband and father,” added Berger, who asked for privacy for the Redford family “during this difficult time”.

“His legacy lives on through his children, art, filmmaking and devoted passion to conservation and the environment.”

Robert Redford has three other children, including the actress Amy Redford.

James Redford directed and produced documentaries tackling a spectrum of important issues, including the environment and education. “The Big Picture: Rethinking Dyslexia” was inspired by his son Dylan’s struggles in school, and 2017’s “Happening: A Clean Energy Revolution” explored the benefits of clean energy.

Beyond the world of documentaries, he also wrote the screenplay for 2001’s “Cowboy Up” starring Kiefer Sutherland and Daryl Hannah and directed “Spin” on Showtime in 2003, featuring Stanley Tucci and Dana Delaney. In 2005, he and his father founded The Redford Center, a non-profit organization that produces films and provides grant money to environmental filmmakers. He was currently in production on “The Amy Tan Documentary.”

James Redford is survived by his wife, Kyle Redford; their two children, Dylan and Lena Redford.

James “Jamie” Redford, a documentary filmmaker, activist and the son of actor Robert Redford, died of cancer on Oct. 16. He was 58.

His wife of 32 years, Kyle Redford, announced his death on Twitter, writing: “He lived a beautiful, impactful life and was loved by many. He will be deeply missed. As his wife of 32 years, I’m most grateful for the two spectacular children we raised together. I don’t know what we would’ve done without them over the past two years.”

Jamie died today. We’re heartbroken. He lived a beautiful, impactful life & was loved by many. He will be deeply missed. As his wife of 32 yrs, I’m most grateful for the two spectacular children we raised together. I don’t know what we would’ve done w/o them over the past 2yrs. pic.twitter.com/ynDN2jSZ04

In an interview with the Salt Lake Tribune, his wife confirmed that James Redford died from bile-duct cancer in his liver. He had battled primary sclerosing cholangitis, for nearly thirty years, receiving two liver transplants in 1993. He became a tireless advocate for organ transplants, launching the James Redford Institute for Transplant Awareness and producing “The Kindness of Strangers,” a documentary that highlights the life-changing effects organ donors can have on patients and their families.

Another Hollywood star, Kiefer Sutherland, described the late filmmaker as “a wonderful writer and a wonderful man”.

So saddened to hear about the passing of James Redford. He was a wonderful writer and a wonderful man.

Fellow filmmaker Jennifer Siebel Newsom tweeted she was “heartbroken to hear of my friend Jamie’s passing”.

“He was an amazing filmmaker and a beautiful person, & I will be forever grateful to him for his mentorship when I started out as a filmmaker.”