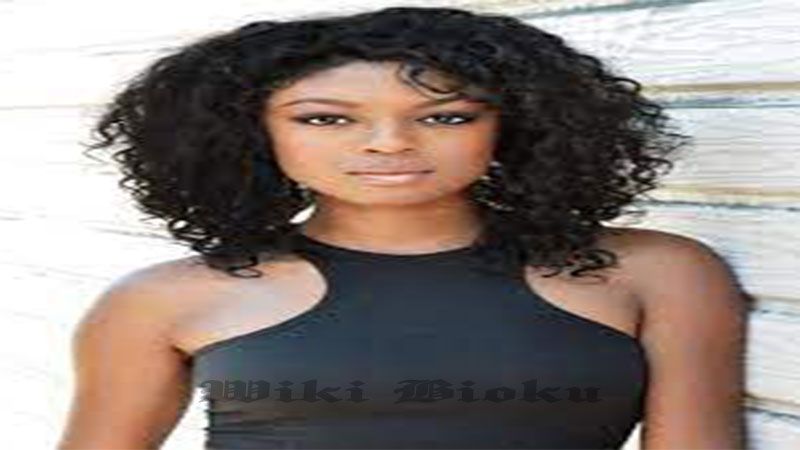 Javicia Leslie is a Hollywood actress who has been cast as the lead in the CW series “Batwoman.” Leslie will take on the role in addition to planning her annual charity drive, playing with her dog, Judah, and keeping up her fitness regiment, which includes training in Muay Thai, Boxing, Weapons, Dance, Track, and Swimming.

Warner Brothers made the announcement about Leslie’s new role via Twitter on July 8:

According to an interview Leslie did with “Shine Hard Family” (a nonprofit focused on closing the racial wealth gap, of which Leslie has been a member since 2014), Leslie was born in Augsburg, Germany to two military parents.

Leslie moved to California after her parents split before settling in Maryland.

Even in those early days, Leslie’s talent was apparent, as her interview with the Shine Hard Family revealed:

Even as a kid, Javicia was a performer at heart. Participating in more plays and dance recitals than she could count, she has always had a knack for the stage and cameras.

According to a biography on her website, Leslie did eventually start her own annual charity drive to give to youth in her community called The Chandler Foundation.

According to her IMDb biography, the 5′ 3½” Leslie grew up in Upper Malboro, near Washington, D.C.

She also participated in at least one pageant before her win at Hampton University, according to an article written about her win. As a sophomore, she participated in the 2006-2007 Miss Black and Gold Extravaganza and performed a monologue from Ntozake Shange, titled, “For Colored Girls Who Have Considered Suicide When the Rainbow is Enough.”

A Hampton, Leslie also honed her performing skills: “At Hampton, I did a lot of plays and pageants. Just anything that allowed me to be on stage I was down for. I just love to perform,” she said during her Shine Hard Family interview.

At Hampton University, Leslie competed to be Miss Hampton University or, “Miss HU” on a platform meant to empower children with the disease lupus; the platform was titled, “Speak Out: Develop the Self-Esteem and Character in Children with Lupus.” After winning the pageant, Leslie reportedly said she wanted to use her win to be a positive role model for others:

My heart is filled with joy, I am honored to be the next to fill Miss Hampton’s shoes. As a junior, I feel I can achieve much more because as a senior I will have more responsibilities to accomplish … I chose to focus on lupus as my platform because I want to be a role model to educate children in the community about lupus and enhance the self-esteem of children that are affected by the disease … “I also want to charter the national organization, Alliance for Lupus Research by the end of the year.

Leslie said that her faith in God pushed her to take a leap and move 3,000 miles from home to pursue a career in acting.

“I just believe he wouldn’t let me work a 9 to 5 in DC any longer. Literally everything just happened. I couldn’t make this happen. I didn’t have the strength. I didn’t have the money. I didn’t have any of this. Even being in West Hollywood, God opened up this door for me. Every step of the way for me has been trusting that I will not fall,” Leslie said during her Shine Hard Family interview.

Leslie also said she was motivated by acting greats such as Josephine Baker and Eartha Kitt and current sources of inspiration for her, such as Angela Bassett.

For me, one of my biggest goals is that I want to be in a history book. You look at Josephine Baker, you look at Eartha Kitt like they made history. Around their time black women weren’t even allowed to perform. They went to France and became huge to the point that we begged for them to come back. Me wanting to be an actor has nothing to do with money or fame. Fortunately with my career, being successful means money, but living in LA will teach you that you don’t want fame. To me, being an actor is about finally being human. Being my highest self, being more than just average.

Leslie was discovered at a pop-up booth when a talent manager gave her a card and helped her find an agent and auditions. However, Leslie admitted in her Shine Hard Family interview that her first years as an actress were difficult.

“It’s a huge struggle,” she said. “It’s a sacrifice. I’m willing to leave a 3 bedroom apartment to move into a studio or to have a car that I probably could have something much better. Ya know, just giving up the luxury of the life that I had. That’s huge. But at the end of the day, it’s worth it. I never want to have children and tell them to follow their dreams, but then I didn’t do it,” she said.

Leslie started out working in commercials for Burger King, Money Super Market, Oreo’s, and other products. She also worked on branding herself, creating a YouTube talk series and her own website which features her cooking recipes, Manicure Mondays, and as she put it, her “style” and “influence.” Leslie also focused on maintaining a small but reliable circle of videographers, editors, actors, and others, leading to a spoof of “Love & Hip Hop” that went viral.

Leslie, a Gemini, said one of her biggest hurdles was learning how to be vulnerable enough to flow in her performances. “It’s hard for me because I’ve been hurt so much that I’m just very protective,” she said. “I prefer to walk away, or put up my guards than let you hurt me … It feels like every time I go in there I’m fighting for my life. Letting my guard down is what I’m working on.”

According to Variety magazine, Leslie will portray Ryan Wilder, a strong-willed and fierce woman unlike any portrayal that has been done before:

With no one in her life to keep her on track, Ryan spent years as a drug-runner, dodging the GCPD and masking her pain with bad habits. Today Ryan lives in her van with her plant. A girl who would steal milk for an alley cat and could also kill you with her bare hands, Ryan is the most dangerous type of fighter: highly skilled and wildly undisciplined. She is an out lesbian, athletic, raw, passionate, fallible, and very much not your stereotypical All-American hero.

The series’ previous lead, Ruby Rose, was also a trailblazer, taking on the lead role as an out lesbian, despite homophobic pushback on Twitter. Rose announced that she was leaving abruptly amid some speculation that she was either suffering pain from surgery to relieve two herniated discs or that she was “unhappy with the long hours required of her as the series lead,” Variety reported. Rose’s departure left the door open for Leslie.

Of the new lead, Rose posted a message on Instagram, expressing her excitement over seeing Leslie in the second season: “I am so glad Batwoman will be played by an amazing Black woman. I want to congratulate Javicia Leslie on taking over the bat cape. You are walking into an amazing cast and crew. I can’t wait to watch season 2 you are going to be amazing!!

Leslie has released her own statement:

“I am extremely proud to be the first Black actress to play the iconic role of Batwoman on television, and as a bisexual woman, I am honored to join this groundbreaking show which has been such a trailblazer for the LGBTQ+ community,” she said.

Fans of the show will be able to see Leslie as Batwoman when it premieres in January 2021.