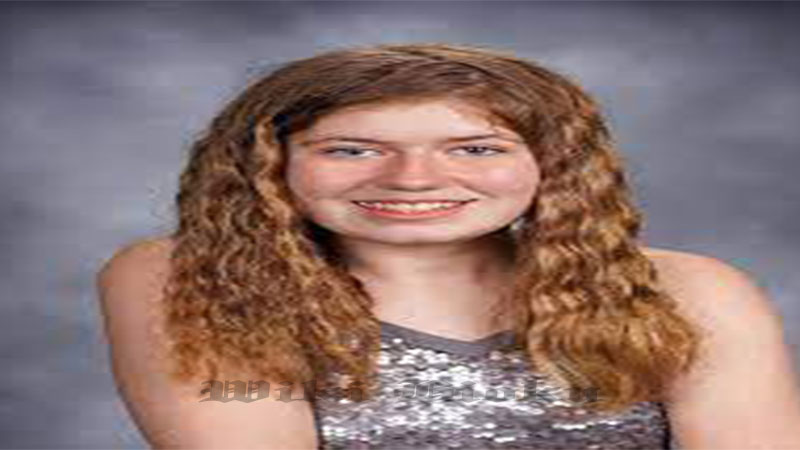 Jayme Closs is an American student and the daughter of Denise and James Closs, Jayme’s parents has died. On October 15, 2018, Jake Thomas Patterson abducted American Jayme Closs from her family’s home in Barron, Wisconsin. The attack took place at 12:53 a.m after he forced his way inside and fatally shot her parents. Patterson took Closs to a house 70 miles away in rural Gordon, Wisconsin, and held her in captivity for 88 days until she escaped on January 10, 2019.

Jayme Closs is finding joy in dance two years after the Wisconsin teen was abducted and her parents were murdered.

Jayme, has been in her aunt Jennifer Naiberg Smith’s custody since she escaped her captor Jacob Patterson on January 10, 2019.

“Jayme is doing good,” Smith told NBC in a statement. “She is enjoying dance, school activities and many other things as much as is possible in regards to now dealing with the covid restrictions.”

The legal guardian added, “She is surrounded by lots of loved ones.”

In 2019, Jayme was reunited with family 88 days after she was abducted.

The then-13-year-old became a victim of the then-21-year-old gunman Patterson, who broke into her home in Barron, Wisconsin in October 2018, fatally shot her parents Denise Closs, 46, and James Closs, 56. After murdering her parents, he kidnapped the young teenager.

Jayme later managed to escape her captor’s cabin on a cold January morning and was found nearly 70 miles from her home by Jeanne Nutter who was walking her dog.

“I recognized her immediately,” Nutter told PEOPLE in the January 2019 cover story. “Her pictures are everywhere.”

Nutter brought Closs to nearby neighbors Kristin and Peter Kasinskas so that they could call authorities.

“We are very thankful for everything that happened on this day two years ago; for Jayme’s bravery and for Jeanne, Peter and Kristen for all being in the right place, at the right time and keeping Jayme safe,” Smith added in her statement to NBC.

“We’re still very thankful for the community, to the whole world for all caring and being there, and to law enforcement who worked tirelessly to seek justice.”

Jayme Lynn Closs was the only child of James and Denise Closs of Barron, Wisconsin. On October 5, 2018, Jake Patterson drove to the Closs home to kidnap Jayme Closs. Activity in the home deterred him, as he was afraid he would leave witnesses. Patterson made a second attempt two days later but again aborted for the same reason. On October 15, he made a third visit, this time armed with a shotgun. Shortly before 12:53 a.m. Central Time, Patterson parked his car at the end of the driveway. Wearing a black coat and ski mask, he approached the front door of the home, carrying the shotgun. James Closs, 56, shone a light on Patterson through a glass pane in the front door and asked him to show him his badge. Patterson called out, “Open the fucking door!” Patterson fired once, fatally shooting Closs. Forcing his way into the house, Patterson checked every room in the house because he wanted “no witnesses left behind. He found the bathroom door locked and began shooting it down. Inside the bathroom were Denise Closs, 46, and Jayme. Denise was comforting Jayme, who was crying loudly. At 12:53 a.m., Denise Closs made a 911 call.

While Denise Closs did not speak, the operator heard a disturbance and yelling before the phone call disconnected. When the dispatcher called the number back, they reached the voicemail of Denise Closs. Patterson bound Jayme’s wrists and ankles using duct tape, then fatally shot Denise Closs. He dragged Jayme outside, almost slipping on blood, placed her in the trunk of his car, and drove away. The police arrived four minutes after the 911 call. Patterson later told investigators that he pulled over 20 seconds down the road from the house. Deputies sped by with emergency lights and sirens on. Neighbors said they heard two gunshots but dismissed them since hunting was common around their homes. After arriving at his cabin, Patterson made Closs change into a different pair of pajamas, then forced her under his mattress and sealed off all exits before going to sleep.

Patterson was arrested and pleaded guilty in March 2019 to both the murder of Jayme’s parents and kidnapping the young teen. He was sentenced to life in prison in May 2019.