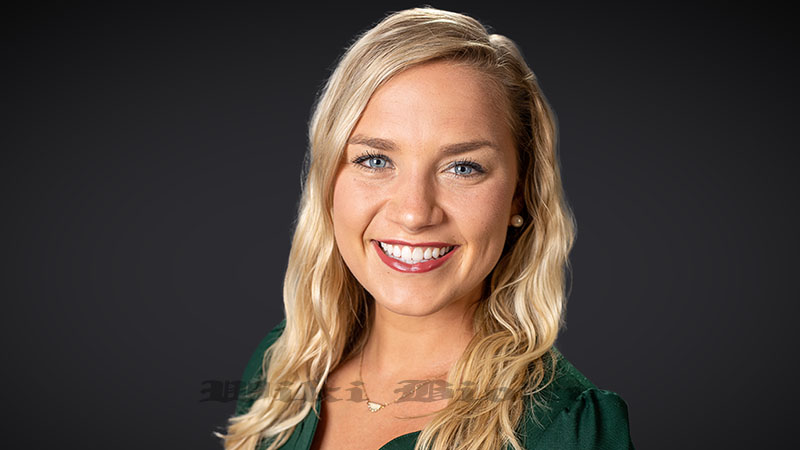 Jenny Lenzini, A Florida TV reporter was killed in a motorcycle crash over the weekend, according to her employer.

“Her bright smile and passion for storytelling instantly made her a standout reporter in the Southwest Florida market,” said Waterman Broadcasting, which operates stations NBC2 and ABC7 in Florida.

Lenzini was hired by the company in July of this year, the release continued. She covered news in Charlotte County and Lee County.

Waterman Broadcasting said the young reporter will be “extremely missed.”

“The entire Waterman Broadcasting staff will keep Jenny and her family in our thoughts and prayers,” the organization stated.

Lenzini grew up outside of Chicago in Crystal Lake, Illinois, according to Waterman Broadcasting’s announcement. As one of five children, she “loved being around people,” the company continued.

The young reporter also “idolized Diane Sawyer” and graduated from the University of Illinois, indicated the release.

Lenzini was “always diligent in her work and made sure you knew how grateful and thankful she was to be reporting in Southwest Florida,” Waterman Broadcasting said.

Jenny Lenzini has died at the age of 26-years-old.

The 26-year-old kickstarted her career as a weekend anchor and multi-media journalist at KTIV in Sioux City, Iowa, according to the Sioux City Journal.

Lenzini joined the station in August 2016 as an evening producer, her LinkedIn profile states. She then transitioned in March 2017 to become a multimedia journalist and weekend news anchor at the station, the page continues.

KTIV News Director Keith Bliven told the Sioux City Journal that his employees were in a state of “shock” following the news of Lenzini’s death.

“It’s like a gut punch. She had a great future ahead of her, and (did) great things, and she was going to do great things,” he said. “So, we’re all still reeling from the news.”

In a tribute to his late girlfriend, Lenzini’s boyfriend Mason Mauro wrote on Facebook that he “instinctively felt the need” to text her on the morning of the accident.

“There are no words. There is nothing I can do. There is only heartbreak,” he posted on Sunday, November 15. “I woke up yesterday and instinctively felt the need to text Jen. To let her know I love her and miss her.”

Mauro said he received a phone call from Lenzini’s mom later that night, saying her daughter had been in an accident. She explained that Lenzini “likely wasn’t going to make it,” Mauro continued.

“Shortly after, I found out my best friend and the person I love the most was gone,” Mauro wrote on Facebook.

Echoing the sentiments of her previous employers, Mauro described Lenzini as “the purest soul” with “storybook beauty” and an “endless compassion for others.”

“She truly had no faults. There is no one else like her,” he expressed. “She was loved by so many and she left a profound impact on every person she ever crossed paths with.”

According to his Facebook profile, Mauro is also a reporter who works at KJRH in Tulsa, Oklahoma. His page also features photos of the couple dating back to at least 2017.

AFlorida TV reporter was killed in a motorcycle crash over the weekend, according to her employer.

Jenny Lenzini, of Waterman Broadcasting in Fort Meyers, Florida, was riding on the back of a motorcycle on Saturday, November 14, in Sarasota County when the driver lost control, according to the company. The motorcycle hit a tree in the afternoon near Plantation Boulevard and Panacea Boulevard, Waterman Broadcasting announced on Sunday, November 15.

The driver was pronounced dead on the scene and Lenzini, 26, was flown to a Sarasota hospital, the company said. She later died from her injuries.